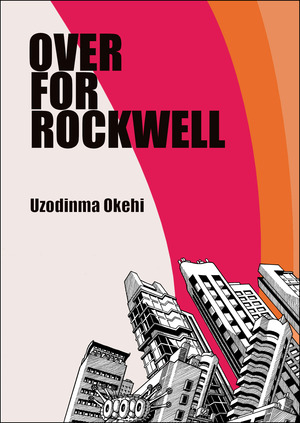 They say it takes an average person about 10 years to master a given thing. This was my thinking in 1995 when I dropped out of college in Iowa City to draw comics. Because I’d seen a lot of movies, I figured Hong Kong was the place, so I went there, hoping to put a tap on that excitement. After that plan went bust I tried another, then another. I put down the pen too many times to count, only to pick up again because there was nothing else. If there was a theme to come away with it was that nothing is ever as easy or even as worthwhile as “They” make it seem. The years passed and I was just as deluded, but also still excited, about drawing, though my life was just as ordinary. My name is Blue Okoye. Anyway, that’s the short version . . .

This was me, age eleven or twelve, the suburbs where I’m from, and I can remember something approaching hysteria, walking around the now-pink carpeted basement of the house I’d grown up in. I was in middle school—too young, maybe, a party hosted by a sophomore named Alicia, whose family had moved into the house and was of course, that night, away for the weekend. I can tell you it was like an elaborate prank, played to perfection by these kids, laughing and falling over each other on couches, drinking beer, ignoring me completely as I went from room to room, and it was in that instance, right then, I made the leap to develop a sense of nostalgia. Fucking white people. And not just the carpet. The track lighting. The vertical blinds, the blond-wood paneling. A phone I saw shaped like a football. The shag carpet cover on the toilet seat, also pink. I remembered riding rings around that basement all night on my big wheel when I was six.

“I finally tried Ferlinghetti, but it didn’t move me. Then I opened Uzodinma’s book and found a real Coney Island of the mind: The hustle of the city, the self-improvement mantras, the samba rattle of every panhandler’s cup of change.”

“Over For Rockwell is an incredible journey into the heart and mind of a struggling artist searching for his path to meaning in a chaotic world.”

“If you did an X-ray of Uzodinma Okehi's vascular system it'd look like a New York City subway map. His frenetic prose perfectly captures the chaos and beauty of the boroughs. Just don't read Over for Rockwell on the train. You'll miss your stop.”

— Sean Manning, author of The Things That Need Doing: A Memoir

"Uzodinma Okehi’s Over for Rockwell is more than an impressive debut novel. This is the dawn of a new genre. Over the course of these 300+ pages of fragmented events in the life of Blue Okoye, Okehi establishes himself as an artist of words. Although we never see any of his narrator's comics, we are treated to the magnificent illustrations created through Okehi's prose. The end result is pure comic poetry. It might be over for Rockwell, but it's just beginning for Okehi--and we all need to move over for him."

“Over for Rockwell won’t soon be shaken from my memory; Uzodinma Okehi’s debut novel grabbed me by the shirt collar, kissed me on the forehead, wrapped me in a warm towel, cut my hair, and then bought me a pair of new shoes. What is over for Rockwell is not over for me—Okehi’s delightful protagonist, Blue Okoye, lingers, branded in my brain. I can still picture his comics when I close my eyes.  I catch myself pondering love advice I could possibly offer him. Oh, Blue. He’s positively charming. Wait until you meet his friends and acquaintances, too."

"Rockwell ponders Art, fate, and fucking in a sort of pixel drift, narrator Blue Okoye dashing back and forth in time and between cities. Much like Blue, the book is restless, vibrant, and ravenous--a city unto itself."

“Bourgeois domesticity, oppressively conventional characters, eyeroll-inducing plots, petty melodrama – it seems so simple to produce a book that just omits everything tiresome about contemporary lit, and yet no one ever manages to do it. Okehi has. Over for Rockwell is ecstatic, hallucinatory, prickly with insight, sincere without being sentimental, knowing without being cynical, a series of impressionistic vignettes that reads like “Paris Spleen” if it had been hacked from Baudelaire's gmail account, “Tropic of Capricorn” if Henry Miller had grown up black in 1980's suburban Georgia, “Rings of Saturn” if Sebald had been young, American, and ensnared by late-stage capitalism. Every writer who reads this book will be furious and embarrassed that they didn't write it first."

—Franklin Schneider, author of Canned: How I lost Ten Jobs in Ten Years and Learned to Love Unemployment 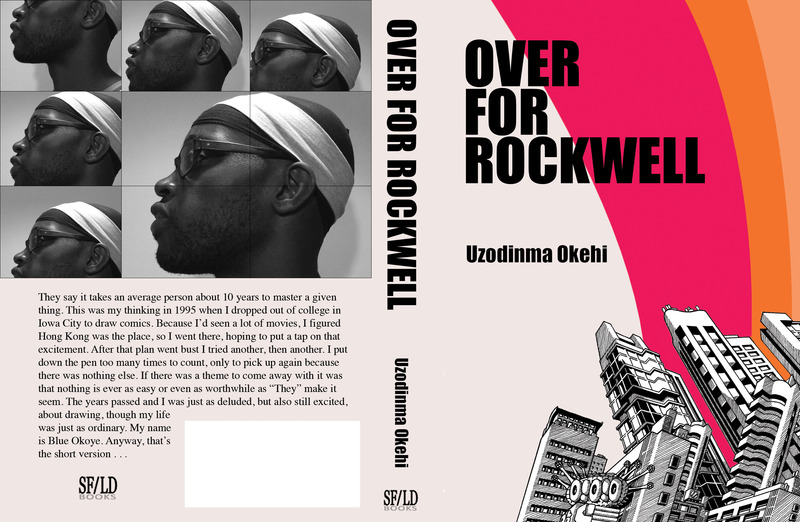 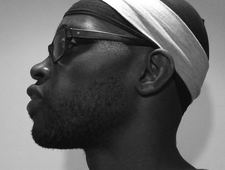 Uzodinma Okehi spent 2 years handing out zines on the subway. Wasn’t as fun as he thought. His work has appeared in Pank, Hobart, Bartleby Snopes, also many, many places, no doubt, you’ve never heard of. He has an MFA in writing from New York University. He lives in Brooklyn. His son is 8 yrs old, smiles a lot, (too much?), and will absolutely, cross you over and drain a jumper in your face.