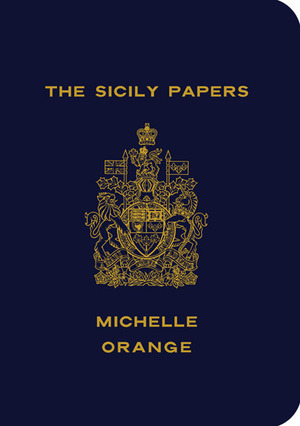 “I am sorry about wanting slices of people, I know they don’t come that way, in convenient installments of your choosing…”

IN THE SPRING OF 2003, Canadian writer Michelle Orange boarded a plane bound for Italy. The Sicily Papers is a series of letters she wrote while traveling alone throughout the region. Though originally meant to reassure an anxious correspondent, over time the letters, both high-spirited and frank, searching and satisfied, grew into something larger than the sum of their parts: a love letter to Italy, to an uncertain future, and to the lost art of letter writing itself.

“Dear B, …The shower wars continue. Now when I turn the water on, the men all congregate in the atrium outside my bathroom, but instead of hollering they begin singing. When I hear a 3-part harmony there may be some kind of reward in order.”

“Dear B, …I don’t know why leaving things hurts me so much, but leaving a beautiful island on a large boat isn’t doing myself any favours, and the three little boys who were standing way out on this little apse of land they would have had to court treachery and broken teeth to get onto…didn’t help matters. It was like they were waiting for me. I felt very close to a sort of swoon, a collapse…little Italian boys get me. It felt big, the boat pulling away from a gorgeous, forgotten island and these kids calling out to me.”

While on tour, Michelle was interviewed on the Living Writers Show, in Ann Arbor, MI. You can listen to that interview here.

"The Sicily Papers embodies the aimless joy (of travel) in a way that most travel books don't. It has the texture of the journey. It has the feel of the unstructured days. And in the end it is almost like being there for real." 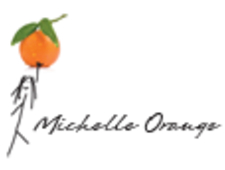 Michelle Orange was born and raised in London, Ontario. After graduating with high distinction from the University of Toronto (HBA, double major in English and film) she worked as a producer in the education and children’s divisions of TVOntario.

In 2003 she moved to New York City to join the graduate film studies program at New York University. First published in the Globe and Mail in 1998, Michelle’s essays, features, fiction, and criticism have since appeared in McSweeney’s, The Nation, the Virginia Quarterly Review, the New York Times, the Village Voice, and other publications.

She is the author of The Sicily Papers, published in 2006, and the editor of From the Notebooks: The Unwritten Stories of F. Scott Fitzgerald, a collection published in issue 22 of McSweeney’s.

She is currently a contributing editor at The Rumpus and a staff critic at Movieline.

This Is Running For Your Life, an essay collection, is forthcoming from FSG in the Fall of 2012.