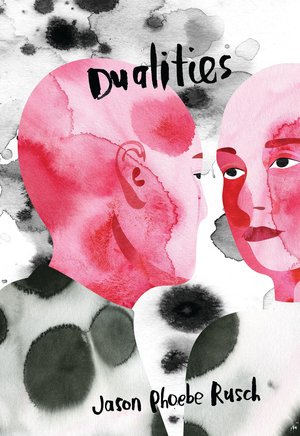 Updated Statement from the author, Phoebe Rusch, June 1, 2019: Phoebe Rusch has OCD. Everyone has intrusive thoughts sometimes, but people with OCD ruminate over the meaning of their intrusive thoughts, turning them into obsessive loops which can be incredibly difficult to parse apart from genuine feelings. Phoebe's intrusive thoughts and resulting obsessions have mostly revolved around gender and sexuality, resulting in the conviction that she was transmasculine when in fact this was not the case. She is deeply sorry to the trans community for writing from a perspective she ultimately does not inhabit, and is trying to put her life back together while honoring her contract with Hobart.

"Through Rusch's poems’ honesty and interiority, his readers gain an understanding of the speaker and characters and watch as the boundary between the interior and exterior world effaces itself in order to create a lasting impression. He demystifies the idea that there is a boundary between the personal and the political spheres that we inhabit. Ultimately, Rusch's Dualities illuminates how our relationship to the self, as well as those around us, reflects the greater political questions of our time."

“Rusch's writing is precise, an intriguing and holographic walk through the garden of identities a person inhabits in a lifetime.”
—Elle Nash, Animals Eat Each Other

“Dualities is a sensual, profound and unflinching meditation on desire, sexuality, gender, and what it means to be a person. The rhythmic prose is at once alarming and comforting and Jason Phoebe Rusch’s voice is unique af.”
—Chloe Caldwell, Women and Legs Get Led Astray

“If a poem is, as Anne Carson said, “an action of the mind captured on the page and the reader…has to enter that action” than how lucky we are to enter the action of Jason Phoebe Rusch’s mind in Dualities. For here we are given access to a mind both rigorous and thoughtful, tender and honest, brave and loving and playful as these poems explore, confess, analyze and ultimately claim their selfhood. The poet scrutinizes both the outside and inner world, and gazes both unflinchingly and tenderly at what they see. The poems in Dualities span isolated moments in childhood through adolescence and into adulthood, an adulthood fiercely and joyously claimed, as Rusch delineates “pleasure heady as helium, / in being both inside and outside // a skin; in building a second / skin” and vows “I won’t lie to prove music to you, / music you can’t hear outside my skull. // I can only be my own permission.” How grateful I am to have been invited inside these poems and to have traveled through Jason Phoebe Rusch’s mind with him. This is a confident and mesmerizing debut collection from an exceptionally talented writer.”
—Kate Angus, So Late to the Party 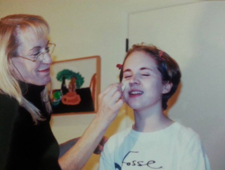 Phoebe Rusch received an MFA in fiction from the University of Michigan.