Elizabeth Ellen’s stories have been published in American Short Fiction, HARPER'S Magazine, Muumuu House, Joyland, and numerous other magzines and journals. She is the recipient of a Pushcart Prize for her story "Teen Culture," and is the author of several books including the cult classics Fast Machine and Person/a. In 2024, Clash Books will publish her novel, American Thighs. Instagram: @shortflightlongdrive

A shadowy flight into the incomprehensible, sub-literary world of a guy, who does not exist: Over for Rockwell. Still got an armload of copies from the original print run. Hit me up, or paypal $7.

Danielle Chelosky is a writer with work in X-R-A-Y and Muumuu House, as well as criticism in Observer and NPR. She has a book arriving on SF/LD in 2023 and runs the press The Waiting Room where she published her chapbook Cheat.

Miss Unity is the stage name of Mathias Todd Mietzelfeld, an American writer, singer-songwriter, and drag queen. His first book, the essay collection WHO KILLED MABEL FROST? will be published in 2023 by SF/LD Books. Twitter: @doyoumissunity

Stephanie Yue Duhem is a poet and a poaster (but not a poetaster) writing out of Austin, TX. Twitter: @poetrygrifter

Madison Langston lives in Nashville. She is the author of the poetry collection Remember to Never Get Better (Civil Coping Mechanisms, 2016). Twitter: @madisonlangs

Katie Frank is a writer, visual artist, and childcare provider whose stories and poems have been published online by Muumuu House, Hobart and Spectra Poets. She might write a book one day if she can get her shit together. Instagram: @conniptionary

Steven Arcieri is a writer/editor from Boston. His work has been featured in New York Tyrant, Hobart, The Nervous Breakdown, and Schuylkill Valley Journal. He runs a writing workshop for people sick of writing workshops called Kill All Your Friends. He’s also writing a serialized autobiographical novel called Decade. Twitter: @steven_arcieri. Instagram: @stevenarcieri

Miles Marie is a conceptual and portrait photographer driven by the body and the stories we can tell about it through light. She is inspired by the collective of the femme and spectrum of individuals that encompass it. She continues to explore femme skin by all means necessary. Instagram: @nomadic_madam

Hobart was founded in 2001 by Aaron Burch. Initially, Hobart was a web journal, coedited by Mike McGowan. In 2002, Aaron expanded Hobart to include an annual print issue in addition to the website. In 2005, Elizabeth Ellen came on as a coeditor of the print journal. Web editors over the years have included Dorothy Chan, Doug Paul Case, Matt Bell, Jensen Beach, Elle Nash, Jac Jemc, Caleb Curtiss, Andrea Kneeland, Ben Gross, Brandi Wells, Matthew Simmons, and Elizabeth Ellen, among others.

Stories and essays from the website and print journal have frequently appeared in such compilations as O’Henry, Best American Nonrequired Reading, Best American Essays and Best American Short Stories, with Roxane Gay’s story “North Country” and Mike Meginnis’s story “Navigators” both from Hobart 12 featured in BASS in 2012. 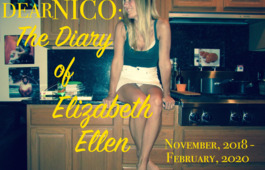 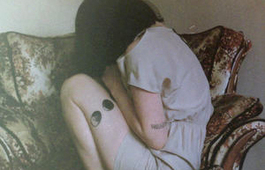 “Lutz’s work is a marvel of the possibilities of language.  Each of her sentences is an intricately crafted thing, deeply complex yet crystalline in its clarity . . . her command of each and every word remains supreme.”

Garielle Lutz is the author of The Complete Gary Lutz, among other books. 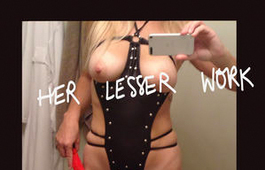 "[Her Lesser Work] is a collection of mordant and formally inventive stories circling themes of, let’s say, desire and escape within repressive structures."

"Her Lesser Work is full of power and it takes risks and it's alive and real and it fixes a very sharp eye on the shit humans do to each other and themselves."