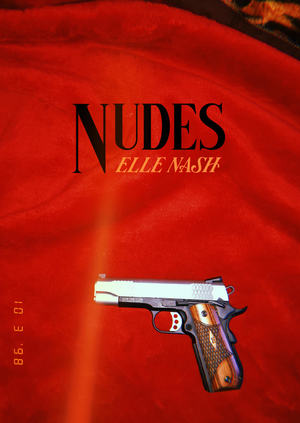 Beginning with a story of an ex sex-worker drifting through a small rural town in the south, and ending with a young woman’s wedding night, who learns from her new husband what it takes to kill a man, Nash writes across the complications of working class women, rendering their desires with visceral prose and psychologically dissecting the fundamental root that threads her work: craving and the conflicts within.

"Nudes is a collection that feels multigenerational. It crawls across the soggy cigarette ash carpets of single wide America to upscale apartments and the discolored bathtubs of suicide motels. Elle Nash shows the ugly venal addictions of a post-last call society." Jake Blackwood (Twitter)

Praise for Animals Eat Each Other (Elle Nash)

“This was horrible. I get the feeling Nash had a tumblr account where she wrote awful line-break poetry about drugs and serial killers in-between nasty posts about her daddy kink. And I wish she’d left it there instead of bundling it up into a novel and having it published.” -GOODREADS REVIEW 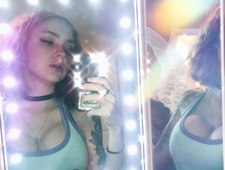 Elle Nash is the author of the short story collection Nudes and the novel Animals Eat Each Other (Dzanc Books), which was featured in O - The Oprah Magazine and hailed by Publishers Weekly as a ‘complex, impressive exploration of obsession and desire.’ Her short stories and essays appear in Guernica, The Nervous Breakdown, Literary Hub, The Fanzine, Volume 1 Brooklyn, New York Tyrant and elsewhere. She is a founding editor of Witch Craft Magazine and a fiction editor at both Hobart Pulp and Expat Literary Journal. She teaches a writing workshop called Textures. Find her on Twitter @saderotica.