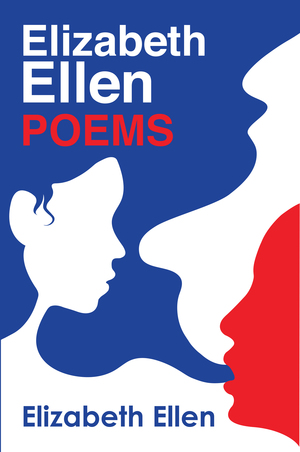 "the most important book of poetry you could ever read for any one interested in understanding their relationship to themselves, to the people around them, to their society and place in the world."

– Elle Nash, author of Animals Eat Each Other

"Elizabeth Ellen's poetry collection is voyeuristic and honest - a punk ethos coupled with challenging ideas, sex appeal, and a lot of heart. I could not put this book down and am buzzing with excitement about it. The question is what do we write when no one is watching and this book is the answer."

“[The poems] feel like drawn-on Polaroids. Haiku delivered aloud by a rock frontwoman to a room of a thousand people forgetting to drink their drinks.”

“I read these poems on my bathroom floor in the dark.”

"Sometimes these poems feel like you’re reading a friend’s texts to a crush. One of the poems is called something like 'I think I have exhausted the point at which my audience wants to hear about you or us or whatever.' Then she writes probably 88 more poems about that relationship."

I had had enough of it, of its blueness…

I had begun to loathe its preciousness, its precision

Its fans, the copycats

What it had made of women, female writers;

The academia, the polishedness, the politeness.

I missed the messy.

I loathed it for being a finished book,

Laid out and finalized in this form now in hand,

All its desisions made for it

I couldn’t make one more desision

(I had forgotten momentarily how to spell “decision.”)

I couldn’t materialize an editor

(all editorial decisions had to be made by me!)

it was a blessing and a curse

I had read earlier in the summer an interview with Grimes

(I couldn’t remember the precise ways in which Grimes was independent,

Only that it was important that she was.),

I found it to be a headache

The long car ride from Toronto to Montreal

In which he hadn’t said a word

His current girlfriend, my friend, driving,

Myself and C and Tanja, muted by his intense

Sulking, in the backseat.

Later we watched a Grimes’ video

In which he was featured.

His head was shaved then, too.

There is no one making editorial decisions here.

Oh, can you tell? 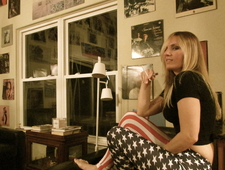