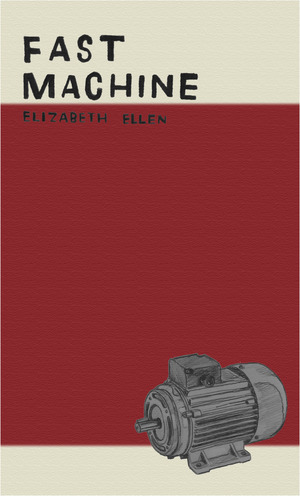 Dan Wickett once described a Mary Miller story as "a slightly less gritty Elizabeth Ellen story." We're not sure what that means, but it sounds kind of cool. We like the word gritty. And we're obviously huge fans of Mary Miller and her stories. And grit. The stories in Fast Machine come in three sizes: flash, regular, and too-long-for-journal-publication. Some were previously published. Some are brand-spanking new. One is called "Period Sex," for Barry Graham/Kendra Grant Malone. There are slightly more than four hundred pages. There are no acknowledgements (i.e. no three-page thank you to everyone she met at every writers' colony). Zero epigraphs. There are repeated themes: driving, smoking, teenagers, drinking, escape, the Midwest, masturbation, self-loathing and blood. We hope some of you will like it. It's okay to hate it though, too.

“You don't get to see this side of womanhood very often in fiction—tough, and bitter, and unashamed—and it requires something intensive like Fast Machine, a deep, repetitive series of brutal inquiries, to uncover those kinds of secrets. What Ellen is doing here is going deep inside herself and coming back with something small and glistening and vulnerable cradled in her hands. She's offering it to you. You should take it.”
– The Stranger (read full review)

"In the end, what endures are the wrenching situations in which Ellen’s characters find themselves, gaps impossible to bridge, relationships that won’t last... The emotional weight of these echoes the density of Fast Machine; it’s a book that leaves you reeling again and again."
– Vol. 1 Brooklyn (read full review)

Fast Machine’s excellence is a sure thing. Ellen’s writing is amazing. I am a closet fan of everything she writes from essays to poetry to short fiction and it will be nice to have some of her writing, old and new, collected in one book. The best thing about Ellen’s writing is that it has big brass balls. There is seemingly nothing she won’t write about but more than the fearlessness is how Ellen writes about anything. She is willing to go there over and over and over but she does so really, really well. If you’re not familiar with Ellen’s work, start with “The Last American Woman,” and “bulldyke” and “What Was Meant.” You’ll see what I mean.
– Roxane Gay (The Rumpus, "Resolved, A Year of Great(er) Expectations")

“I definitely buy more books than I read... I think we have high hopes for more books than we can possibly read. It’s like phone numbers. I have phone numbers for people I had some interaction with once three years ago still in my phone but I don’t delete them. It’s hope. We want to maintain friendships with more people than we can possibly find time to interact with on a regular basis. It’s the same with books..”
Elizabeth Ellen is a Machine -- The Nervous Breakdown, by Scott McClanahan

“Typically, if I have any audience in mind at all, it is one person. Maybe the goal is less general and more specific. Like, I want one specific person to better understand me. And that one person changes.

I don’t mind at all how people interpret my work. Or I haven’t yet. We’ll see...”
Noah Cicero interviews Elizabeth at HTMLGIANT

“Fast Machine is a story collection that Chelsea Martin has said reads like a novel but to me feels like a memoir.”
"The Best Way to Know a Story" -- The Collagist 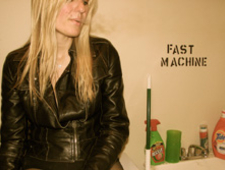 Elizabeth Ellen is the author of Before You She Was a Pit Bull (Future Tense), Sixteen Miles Outside of Phoenix (Rose Metal Press) and Fast Machine (Short Flight/Long Drive Books). She has been published on HTMLGIANT, Muumuu House, elimae, Hobart, Lamination Colony, and numerous other literary Internet sites and journals. She was recently awarded a Pushcart Prize for her story "Teen Culture" which appeared in American Short Fiction in 2012.
http://fast-machine.tumblr.com