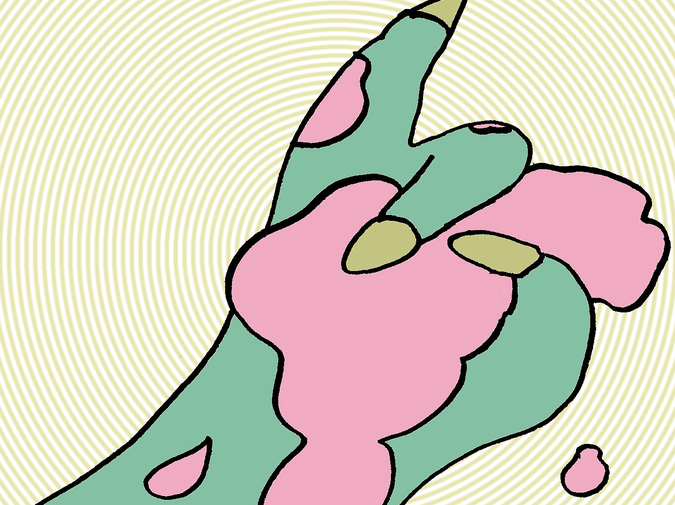 Being able to walk in a straight line is not something Yoda had ever taught himself to appreciate. The sidewalks on Coruscant, on Alderaan, even on Kashyyyk, they took the user where they wanted to go in the quickest possible way. Any detours were necessary and unavoidable.

On Dagobah, Yoda often found his path arrested by bubbling mud puddles, deeper even than Yoda’s most complex nightly contemplations. He had yet to find any practical use for the mud. In the bark he had found protection, if not temporary and flimsy. In the slugs, he had found nourishment. Harsh though the planet was, it gave him what he needed.

The mud, though. The mud didn’t count itself among the lot. He’d become well-acquainted with the perpetual mud puddle that had nearly claimed his house. He’d sunken into the mud, gotten stuck in the mid, fell in the mud, accidentally ate mud, but he had never actually enjoyed the mud because it was mud. Not to be enjoyed, but dreaded.

Yoda reached into the mud and withdrew a fistful. Last time he held a clump of dirt, he had flung it at the back of Tarfful while visiting the Wookies. Though, once he witnessed the process of removing a knot from a Wookie hair nest, he did not throw the mud again, for pity’s sake.

He had no one to throw the mud at here. The bogwings, perhaps, but what pettiness Yoda had accumulated in his younger days need be left behind in his elder years. He enjoyed chasing the bogwings with his cane, but if he ever caught them, he wouldn’t so much as give them a poke. There was the risk of the mud ruining their flight balance and sending them spiraling into Lake Dagobah. He couldn’t have that on his conscience.

Yoda squished the mud in his hand. It squelched and popped and a smile crossed his mouth, followed shortly by a chuckle. Yoda didn’t chuckle lightly.

There had been a panhandler on Coruscant, just outside of Yoda’s apartment, always asking for a datarie. Yoda strove to be kind, as all Jedi masters did, but some days he just didn’t have the patience for this Aqualish man sitting on the side of the walk. He bleated at everyone who passed him by.

Yoda took a personal day after observing the man, citing ‘the sniffles’ to Mace Windu. He sat with the panhandler all day, never prompting discussion, but accepting it when it came. Never offering help, but giving it when asked. By the end of the day, Yoda saw the young Aqualish not as a blight, but as Santepark Fubil, a man turned away by his family, a victim of a single bad decision, never forgiven. Yoda found Santepark more agreeable than half of the new wave of young Jedi, always thinking they possessed something that none before them had.

Santepark had no greater purpose to serve, but Yoda secured him an administrative role at the Jedi temple doing menial data entry. Nothing else had changed about Santepark. Someone had finally listened. Nothing about the mud would ever change either. But Yoda listened.