What I Thought They Wanted 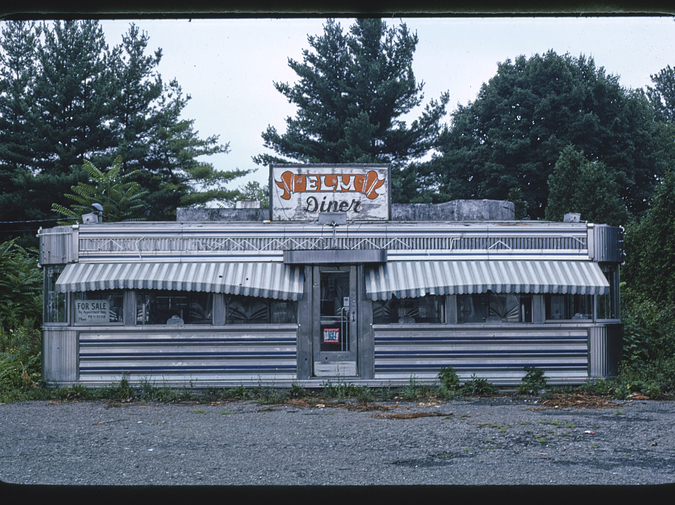 As I headed north, to your border, darkness fell, and I could see only the two cones of light extending from the car’s headlamps. The road itself had no markings. It stretched into the black, a colorless river marked by an infinite supply of flies and lightning bugs propelling themselves full speed toward my windshield. They came in a funnel-shaped assault, all winged fury, rushing toward me until they realized, too late, that it was the wrong direction.

At home, I had the sense of being hunted. Increasingly, I’d been noticing silhouettes in the night, waiting beneath streetlamps, looking away when I flicked on a light near my window. I lived alone, unless you count a cat and a fish, who years ago had reached an uneasy truce. The cat was, in effect, my early warning system. I’d be sitting on the couch, reading or checking my phone, the cat beside me, and she’d pick up her ears, the hair on the back of her neck standing up. Then I’d go to the window, and there’d be the figure in the long coat, standing. I thought: wouldn’t a real spy or vigilante know to ditch the long coat by now?

But once I saw the figures I couldn’t stop seeing them. I hadn’t been worried until I discovered them watching me watch them, and the mutual regard felt dangerous. They knew that I knew, which meant something would change. What could they be waiting for under the bright light? Did they think their shadows were enough to change my behavior, my intentions, to control my comings and goings by virtue of my thoughts about them?

Because I was scared, I did what I thought they wanted. I disappeared. I kept my car in an old garage off Eighth Avenue where they charged less if you visited rarely. It had been at least two months, in the summer, since I’d last asked for the old Beetle. Painted dark green, the car had no air conditioning, minimal heat, and unreliable breaks. Still, I loved it like another person or a pet; it seemed to reflect me back to myself, curvy, dark, impetuous, a little worse for the wear. I brought the cat there in one bag, a few belongings in a second one; the fish I had liberated earlier in the river.

As I waited for the attendant to retrieve the car, I watched the newsfeed on the screen above his desk. The blond anchors looked tired under their makeup, their smiles strained. The woman spoke of demographic calamity: little inmigration, mass outmigration, low birth rates, early deaths. “Heading toward zero?” the ticker below her read. More and more people like me were leaving—uncertain of their status, eager for the freedom from worry you might offer.

It was an unusual story for the local news, which focused on pets in distress and dismembered women, but there was a young professor from the city’s university talking about his research. He wore a purple bowtie and spoke quickly and precisely. He charmed me as he must have charmed the newscasters: “When you have average annual two-bedroom rents higher than annual incomes for working folks, then the logical outcome of that is that many people have no place here. To that, add the stress of daily life, in a world where children know that they are growing up in certain catastrophe.”

After him, an older gentleman, a man on the street, said that, in fact, that might not be so bad. Fewer people might solve many problems: less traffic, shorter lines, easier to enforce rules about speaking the language properly or showing appropriate deference to emblems and officials of the state. And anyway: automation. Even the street cleaners were self-driving now.

He was followed by a younger couple who agreed, adding that it felt like it was easier to get daycare spots, and ultimately lower demand meant everything would be cheaper. The male anchor asked: Are you worried about the vacant teaching spots at the preschool? The couple blinked and smiled and said they were sure it would work out.

The program cut back to the anchor who said entire restaurants had no one left in the kitchens, lawns lay fallow, gardens unkempt, schoolchildren in classes run by algorithms; many teachers had left first, spooked by past turning into future. Now that I thought about it, I was surprised the attendant was still here.

“Here you go,” he said, winking as he handed me the key. As I opened the car door, he turned back to add a thought. “Someone came by the other day asking about this car, but I don’t like busybodies, so I said, I don’t know nothing about the old car, and he left.”

I thanked him and started up the car, whose puttering engine was a familiar song to me. I pulled into the empty street, above which apartment buildings wrapped themselves around thousands of sleepers. I envied them, untroubled under their duvets. As I passed my building on the road out of town, I looked for the shadows and thought I saw one across the street shift its stance, staring up at my empty apartment. Rumors circulated in the unmonitored portions of the web about your welcome: cold bureaucracy, warm embrace. Much preferred over fetid bureaucracy, icy embrace.

Once I crossed the river, more cars started to join me on the north-south highway, early commuters, late-night revelers, escapees such as myself. I made it as far as Albany before the hills turned gold, and the trooper cars moved alongside us in traffic, scanning our faces. I had the feeling that every driver in the passing lane turned to peer at me through the windshield. Just outside Albany the first difficulty arrived. The fuel indicator was approaching one quarter. In this car that could mean another sixty or five miles, so I took the first exit.

At the station, I stepped into the fresh air, my breath a cloud and stomped my feet. I put the nozzle in, and an attendant came out. He was large and doughy, with a felt hat that had flaps for his ears. He could have been 25 or 40, it was hard to say.

“None for you,” he said calmly.

“I have money.” That usually pacified them.

“Nope.” He smiled as he said this, nice as can be.

Some gas had made it in at this point, and I didn’t want to cause a commotion so I topped off what I could, took out the nozzle and began to insert it back into the station’s tank. That’s when he rushed me. I felt his weight and heat near my back, and I turned, nozzle still in hand. The edge of it landed on the exposed part of his skull, just below the felt, near the eye, gas still streaming out, and he sort of groaned and went down. I thought to finish filling up because it would be a long way with no stops now, until I reached you.

Carly Berwick is writer and teacher in Jersey City, NJ, who has contributed fiction to Bowery Gothic and essays and journalism to The New York Times, the Los Angeles Times, the Philadelphia Inquirer, and others.