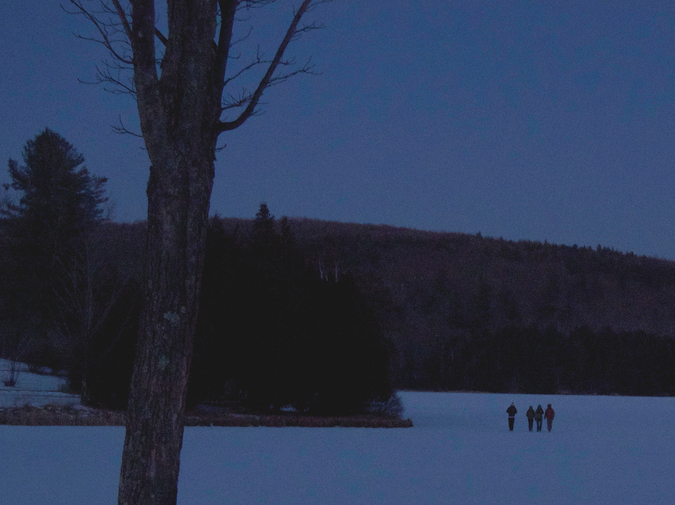 The afternoon we chose the new chief of Cyclops Island, we stood in a circle at the top of the isle’s highest peak, heads drooping, as we squinted and sweated in the sun. The chief had positioned himself in the middle of the group. From there, he made us five promises.

The first was to put an end to the over-eating of the sheep, since they couldn’t breed fast enough to keep up with our appetites. Even as he said this, our lips were stained with sheep’s blood, our nails brown with gore. We looked at our feet. Soon, there would only be lambs crying for their mothers. Then no lambs. After that…well, we didn’t like to talk about that. Somewhere on the island were the hulking, bleached remains of a few giants with one eyehole in the center of their skulls.

The second promise was to teach everyone how to milk the tiny sheep without making the udders burst.

The third had to do with getting a seeing-eye sheep for a certain blind Cyclops everyone had gotten tired of listening to complain about the loss of his eye. The chief vowed to train the sheep himself.

The fourth promise was to find females, one for each of us. Or even one for all of us. It made no sense, but somehow we were all males. Also, when one of us died, which didn’t happen that often as we were pretty much immortal, we missed that guy and there was no one to replace him. This promise would lead us down a path of loss and disaster: brothers groping for each other’s hands through the waves, our grip too wet to hold. But we didn’t know that then.

Now we could see the chief was really going somewhere, building up to the last promise. A froth surrounded his mouth. We licked our lips. A breeze blew in our faces, lifted up the stench off our bodies. If we went into the water more, we could bathe, we thought.

To find women, the chief said, we would fashion a raft so we could leave the island. Here he blinked hard. He, too was afraid. He was one of us, after all. We would become industrious. Visitors—creatures and humans alike—would come to our island to marvel at our productivity without fear of being eaten. No more waiting around for beached mermaids, the chief went on, or shipwrecked sailors, half-drowned and with mouths full of wet sand. No more lounging in caves all day, picking our teeth with bones.

Finally, he arrived at the last promise. He spoke it in a whisper, barely moving his thick lips: peace with our father, he said. We bowed our heads. That one required no elaboration. Our father was dead, which meant he never left us alone. We could hear him on the wind and tried to trap his voice under boulders, but it never worked. Without his blessing, we’d never get anywhere.

We felt it was a good speech. Perhaps the best we had ever heard, we can’t be sure. A few of us rubbed surreptitiously at our eye. We knew the chief could never fulfill all of these promises, not even if he were in charge for a thousand years, not even if we never got tired of him and threw him over a cliff to dash his brains on the rocks below. We knew the chief had to know this, too. And it was this hopefulness, this daring to make so many—and such ambitious promises, so full of goodness—to us, a bunch of ugly giants, that gave us hope. Hope for ourselves, for our future. Hope that, in the end, we wouldn’t all say, “to hell with it” and just eat each other.

Lindsay Merbaum is a mythology geek, grammarian, ex-English teacher, and ex-expat. Her stories have appeared in Harpur Palate, Epiphany, Pank, The Collagist, Dzanc Books Best of the Web, and Lost Coast Review, among others. She is also a fiction reader for Rivet magazine and a contributing editor at Tremr. In July, she left her home of San Francisco behind to live for a time in Detroit with her husband and cat. Lindsay is currently at work on several projects, including a novel and memoir. For more of Lindsay's stories, see her website at lindsaymerbaum.com. Follow her on twitter @Merbizzle.