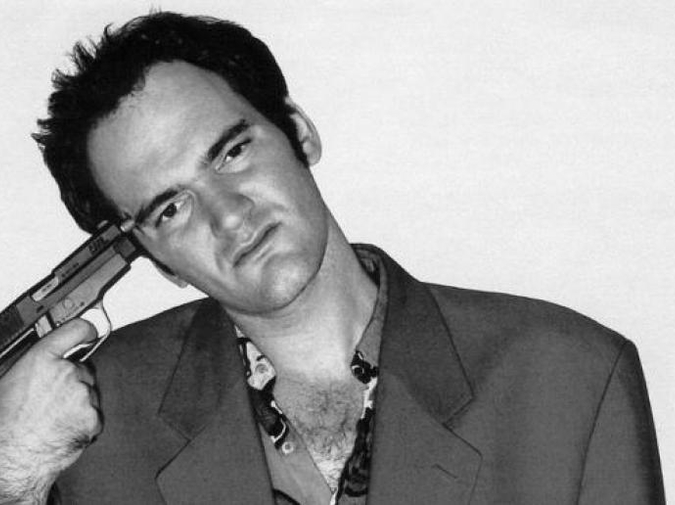 Sometimes sexy is sexy because we all need to come and sometimes sexy is sexy until it’s art. I like getting fucked in my feelings. This movie dropped an anvil on my tits. Tarantino’s oeuvre craves nigh a single spotter. He huffs and puffs through channeled solitudes. The scripts arrive adapted from the greater novel of his gonads, cast downward into a momentum of amalgamated numble. They apply their cheap seats directly to the wound. He is the golden calf of the nineteen-nineties, if Moses’s squad could smelt like style still mattered. Maybe that’s how long ago it did. No one believes in taking a knee anymore. Style is of antlike consequence now because a generation has been disciplined by the language of nonsensical spam emails to ward off anything not lethargically transparent. Anything sounding compiled must be a burglary awaiting your daft exposé. Your suspicion sounds suspiciously poodle-groomed in its importance, as if your funds and undies were tied for significance. I dream of being part of the problem. When Tarantino's nostalgia draws bank, I can no longer withstand the proof of my malignant self. Sit this one out, kids. The slightly bigger kids will visit you in your sleeping bag after the show. It’s time to be indiscriminately felt. My villain is a showman grumpy as the Parthenon. He’s the kind of filmmaker you wait out your years to probe, a lippy genius you stall against all goals in the name of emulation, monarch of the run-on, an old school tongue boy from when artifice could afford a suit. No prob if you don’t partake, but do include the addendum you’re just not a fan of cinema itself. Sometimes it’s okay to forget the wine before a fucking. Everyone needs to have said pow once. Reservoir Dogs bounced me down the investigatory rabbit hole of fuck the world. Remember when he singlehandedly imported the prime availability of quality foreign finds across every video store? There was a whole genre for his imitators. So much so, some themselves were masterpieces. Some the zeitgeist blackholed in against their will. (Cult hit Love and a .45, falsely accused, was its own maniacal masterpiece - you could tell by the idiosyncratically intense color frames on the back of the box that it was another creature.) I frittered past the chasm between Jackie Brown and Kill Bill. I was in an 8 Mile theater New Year’s Eve, 1997 to 1998. When it turned midnight, Pam Grier fired a closing shot and the Detroit guns, in their entirety, sounded off in celebration alongside her. High school was like the dentist office between Tarantinos. Some social studies proceeded, some ejaculatory hang gliding session with a churchy ditz who ventured freely. Sell her plum nothing back to the world for touching me ever. I lost reels to her dank britches. Couldn't slap a librarian with how by rote she craned. Still rubberneck like Good Friday's inside the pillow? Notice my dismay. Look what happens when Quentin vacations! Tis he allowed to be this rude on film? And in such impressive ratios? Ain’t it true people just vote themselves your friend these days? Come kiss where it’s problematic, please. Let’s keep picking apart the man’s every interview until we find the Hitler we seem to need to fuck us. We’re going bristles over justice tonight. Let’s have a slap fight with the propagandas we’ve invented to foist onto artists nationwide. The bleakest and nastiest retelling of events is always the actual human fact, despite anything history can try to prove otherwise. Despite that an artist's every intention sounds the communal loogie. An exception tends to spread you.

PS – Yep, they sat me next to one of these plot zombies so in need of a helping hand even the voice over exposition chamber summary returning from commercial break thing was too nonlinear to pass muster. Perhaps a less iconic (they’re all iconic), quickly drafted, talkier fare than normal, but the master is the master, especially where we trek. Place his dingus heavier on your tonsils, classic as it weighs. Only for the America upon you.