Stir It Up: Chloe N. Clark talks about John Wick, cheese, and her new poetry collection EVERY SONG A VENGEANCE 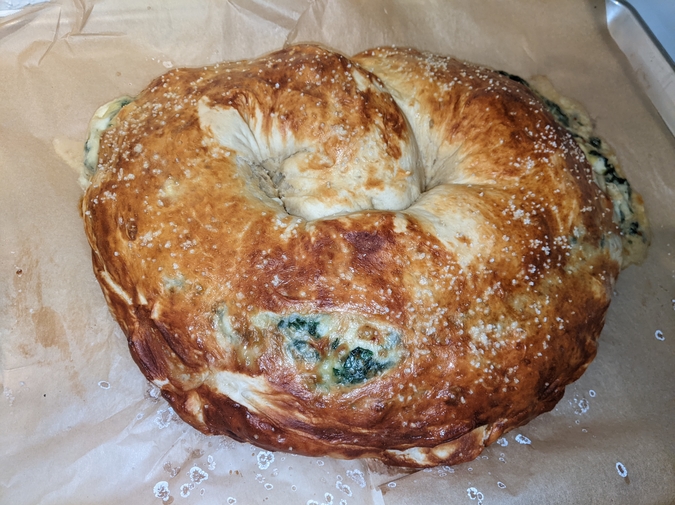 Chloe N. Clark is a writer, teacher, editor, and frequent Twitter chef. (See here.) I’ve taken a ton of her poetry and prose workshops, and been lucky enough to have published two stories in the literary journal Cotton Xenomorph, which she co-founded. She’s one of the most supportive, positive members of the literary community – and she’s also a fighter for good. I borrowed her language about respect, boundaries, and writer’s lens for my own writing classes, and it’s been game-changing for my students as they navigate workshopping. Chloe is the type of person who uses her talent and immense knowledge of craft to actually better this world. I’m grateful for her friendship, her words, and the opportunity to interview her about her new poetry collection: Every Song a Vengeance!

Chloe N. Clark: I have an iced latte (a crucial component of my everyday existence) and some tasty salted almonds.

Tell us about EVERY SONG A VENGEANCE!

This collection I lovingly call my John Wick poems. But, at its core, it's made up of poems that use Wick as a cypher to explore grief, anger, aging, and resilience. So these poems should be accessible to anyone, even people who haven't seen the Wick films or *gasp* aren't fans of our patron saint Keanu.

Why John Wick? What about that character inspired/inspires you? And if Keanu couldn't play him in the next film, assuming there is one, who would you pick to take over the role?

My partner loves the John Wick films, which meant I watched them with him in preparation to watch the third film in theatres. And they just immediately clicked in my head for some reason. I think they're very good films, but on a deeper level, I was caught by how much of a cipher for the audience John Wick acts as. I think it's just fascinating to think about grief and rage personified. Maybe, it’s no coincidence that I started writing the Wick poems the same year I was getting death threats. *shrug*

I think Wick is too tied to Keanu, and he is absolutely perfect in the role. But if they did a John Wick multiverse film, I would love to see Keanu's John Wick team up with a Janelle Monae version of Wick.

I can't actually remember if Wick ever eats meat on screen, but in his heart I feel like he's definitely pro-vegetarian. He may or may not like mushrooms, but John Wick is who we believe he is in our hearts. So for you, he doesn't eat mushrooms. 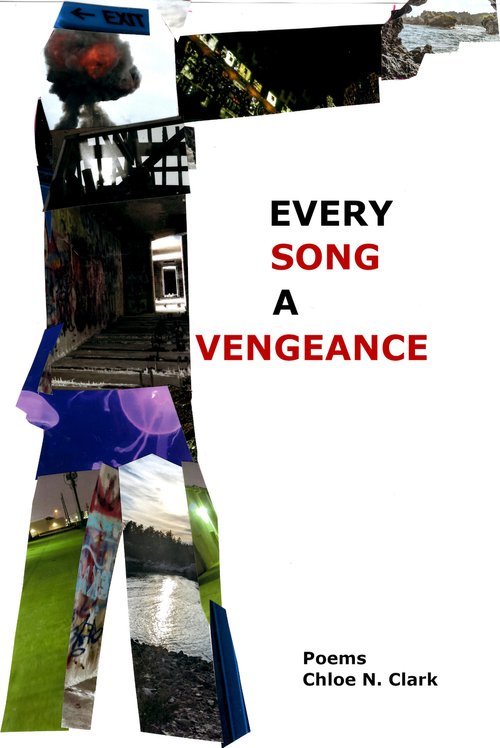 If this collection was a metaphoric recipe, what would it be? The ingredients, the process?

This collection came together very fortuitously. I feel like since it takes inspiration from Wick, it would be my take on a classic recipe. The ingredients would be simple building blocks: good olive oil, lots of garlic and chili pepper flakes for strength, cream to give it body, fresh basil—a reminder of vibrancy and life which is the undercurrent to why we grieve and rage, good cheese, some nice pasta.

The process is patience and plenty of play. Like recipes, I never write or cook without some sense of playfulness.

You’re a food person. You cook a ton! What's an actual recipe that you love that you would like to cook for John Wick? I feel like he needs a good, homecooked meal.

I would definitely make something nourishing and homey—a vegetable pot pie probably with garlicky lemon carrots salad on the side. The kind of meal that gives you energy and brightness.

Grate a bunch of carrots

Whisk together the juice of half a lemon, a TB of canola oil, 4-6 garlic cloves grated or finely chopped, freshly ground black pepper, a tsp of salt, and a handful of chopped fresh parsley. Pour this mixture over the carrots, stir a couple of times, and let sit for an hour. Stir again before serving.

The all-important CRAFT question: What do you eat while you write?

I usually lean heavy on things I can sip: my caffeine (cold brew or iced latte, or sometimes a nice mint tea if its late) and water.  I'm prone to snacking, so I’ve tried to make healthier choices there over the years. Now it's usually fresh fruit, nuts, or CHEESE (I'm from Wisconsin. Cheese is the healthiest food you can eat).

What's a food you can't resist? A food you hate?

I can't resist cheese or new flavors of Oreos. For cheese, really any kind.

There aren't really any foods I hate. I'm a lifelong vegetarian, but I eat everything other than meat/fish. I'm probably not a huge fast-food person in general, as it's never super appealed to me. Other than Culver's, which was literally put on this earth to act as a conduit to paradise.

Who would direct this?

I would love to see each poem reimagined as a short meta-John Wick dream, by different directors (like Paris, Je t'aime, but Wickish). Some directors who leap to mind: Jean-Pierre Jeunet, the John Wick team of course, John Sayles *pleading eyes*, Karyn Kusama, Jim Jarmusch, Takeshi Kitano, Hiro Murai, Ryan Coogler, and so many others.

What would be on the Craft Services table?

Donuts, coffee, carefully curated hand foods. My secret food obsession is anything that fits into the savory food inside some kind of crust mold—Calzones, Samosas, pierogi, give me them all.

What type of cake would you bake Keanu to thank him for his beautiful contribution to the film(s)?

Keanu would get an almond genoise layer cake with fresh strawberries and oranges, and almond custard.

OMG do you have a recipe for this layer cake??

I'm currently in the recipe development stage, so hopefully soon.

What's next for you as a writer? And what are you making for dinner tonight?

I have a new story collection currently on submission, a new poetry collection coming out next year from Unsolicited Press, a nearly done basketball novel, and I may....be working on a novel very much about food. *devil eyes smile*

Order Every Song a Vengeance here!