My Love Don’t Cost A Thing 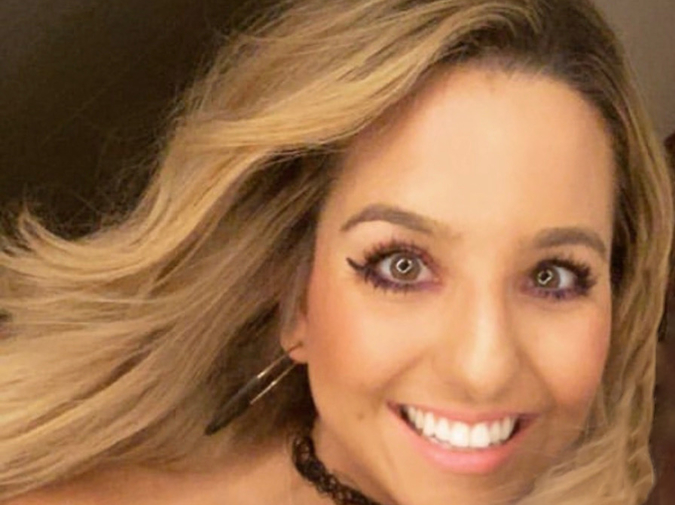 A month before quarantine, I went to the Super Bowl with Ryan. I was careful only to get drunk enough to replicate Britney’s Oops I Did it Again dance moves, but not drunk enough to accidentally tell him I loved him.

We had been casually hooking up for three years - but he wasn’t a booty call. He would come over to my house sober, mid-day, we would hook up, and he would leave. One of us always jokingly shouting, “Good hustle out there,” to the other on his way out.

Over time, the hangouts started to last longer, but we never went out together in public. I assumed that any time he left the house, he was approached by any and every girl with a pulse.

He is stunning. Green eyes with flecks of almost yellow, brown hair that self-highlights in the summer months, broad shoulders and perfectly smoothed, tanned skin. He immediately earned the nickname “Model Boi” amongst my friends after I sent photos of him to my group chats.

My friends at work, however, called him Colgate. At the second-year mark of us hooking up, he came over late one Halloween night after we had both been out drinking at our respective parties. It was one of our rare drunken hangouts, and even rarer sleepovers. The next morning, he stayed in my bed with me into the afternoon. “I have a volleyball tournament today down the street,” he explained, as if ubering the three miles home beforehand would be too much of an inconvenience. He got out of my bed and walked the few steps into my bathroom. I heard his footsteps stop, then a slight muttering, “Are we close enough for this? Yeaaah, we’re close enough for this,” followed by a buzzing sound.

My foot instantly hit the hardwood floor, my other leg still in its sleeping position. I froze. That was the unmistakable sound of my electric toothbrush.

He walked out, and I swiftly pulled my right foot back into its place. “We’ve entered a new level now, me and you,” he spoke with the toothbrush in his mouth, managing not to let any toothpaste escape from his lips – a skill I still have not yet mastered.

I asked my coworkers the following Monday if toothbrush sharing amongst casual hook-ups was normal.

“My wife used my toothbrush on accident once, and I had to buy a new one,” Eliott said, and I laughed. They all agreed: Ryan was in love with me.

I dismissed it with a wave of my hand, “Men are just simple creatures,” I rationed.

Before the Super Bowl, things had started to evolve. I went on vacation in January for three weeks, and he missed me. Towards the end of my vacation, I was walking through the streets of Sydney with Kit when my phone buzzed. I looked down to see that Ryan had texted me, “six days!”

He had been counting down the days until I returned home since the numbers turned from double to single digits. He’d check in on his math every day, given I was almost a full 24 hours ahead of him in LA. “It’s six right? Or five??” He tacked on a fingers crossed emoji.

“Liz, this boy liiiikes you,” Kit would say each time I’d relay one of his messages or provide an infrequent story or anecdote about him.

My lips would stretch into a smile before I could contain it.

“Oh my God, you like him back!” she’d shout, and suddenly, we were 12 year olds all over again, but this time we weren’t in her parents’ living room, we were in an Airbnb 15 years later in Sydney instead.

By the end of the trip, despite how much fun I was having, I couldn’t wait to get home. I never wanted to leave Australia, but the build-up and excitement of seeing Ryan crept into my veins, lighting me up inside.

On my flight home, I drugged myself as much as I could with sleeping pills so that I could ensure I was awake the moment I got home so I could see him. Despite the fact I had taken three times the normal dose, I was still too excited to sleep. When I made it back to my apartment at 11am, I texted him, “I’m home!!”

He had the audacity to have made plans. He went out with his friends and drank. I felt like a fool. I had expected him to rush to my house so quickly that he would burn the rubber off of his tires. Instead, he largely ignored me for twelve hours. It was not the homecoming I had imagined over and over throughout the course of 21 days.

When he finally came to see me, he ran towards me, knocking me over, the couch breaking our fall, kissing my neck, my ear, anything he could get his face on. We fittingly watched, “A Lot Like Love,” together, and before he drifted off to sleep, he wrapped me in his arms, saying, “You know, you make me feel some type of way.”

If the studies are true that you sleep better next to someone you love, then maybe that can explain why we slept until 1pm the next day. Or maybe it was jetlag.

He was late to watch Sunday football with his friend. “I’ll drive you home,” I offered, and I put a sweater on over my slip. I was too afraid to make a left turn onto the highway, and after we sat at the stop sign for 7 full minutes he said, “Just go right and pull into McDonalds.”

This is why we work, I thought. We don’t get mad, we just find new ways of living.

I had never driven him home before, because I could count the amount of times he had slept over on one hand. I wondered how we would say goodbye to one another. If we’d kiss? If he’d peck my cheek, awkwardly half hug me while still in our seatbelts? He grabbed his strawberry milkshake with one hand, and high fived me goodbye with the other.

I was desperate for a tangible benchmark of closeness. I told my friend, Kayla, “Put it in your calendar app that you have to meet him six weeks from now. If I don’t make it happen by then, I owe you a case of white claw.”

“Yeah, it’s fucked that we haven’t met him yet,” she said, and the rest of my friends agreed.

I would’ve flown all the way home just to see you, I thought.

“You should go to New York,” I said instead.

“I was thinking of going to the Super Bowl,” he shrugged. “I have some buddies who are planning on going.”

“I’d go to the Super Bowl,” or maybe I referred to it as the “J-Lo concert,” I can’t remember.

“Let’s go,” he said, as if it was something we both did all the time.

But I was serious. I pulled up StubHub, and he fidgeted in his chair. He was worried about the price of the tickets. I had been worried about spending two straight days together.

“Can you handle hanging out with me for 48 hours?” I asked, skeptical.

The night before the Super Bowl, we were drunk in Miami after hours of non-stop tequila Sprites. His friends had veered off to go to a Maxim party, that I wanted to go to, and Ryan declined. “Zero chance you even remember it if we go,” he took note of my feet as they swayed from side to side. We stayed at the day-turned-into-night-party, mingling with rich 30-somethings who were passionate about the 49ers. I was bored of pretending I cared about football, and turned to Ryan, putting my arms around his waist, and lifting my face up to his.

I stuck my tongue out, and tried to lick his cheek.

He’s eight inches taller than I am, so even in my platform, gold-sparkled shoes, he was able to dodge my taste buds by shifting his chin ever so slightly from side to side.

The next morning, I was hungover and mortified. “Remember when I physically tried to LICK YOUR FACE last night?” I asked, my body shaking from a mixture of alcohol withdrawal and anxiety.

He didn’t remember. I could’ve gotten away with not bringing it up, but here I was acting it out to remind him, instead.

“I just don’t play along with your little social experiments, Brooks,” he laughed.

Later, when we found our seats, and the first quarter was about to begin, he looked over at me. “Hey,” he said, and I turned to face him. He grabbed my face, licking from my chin to my temple.

I threw my head back, laughing, “I think I just won the Super Bowl,” I said.

Two weeks later, I flew to Texas for 24 hours. I called Tyler, even though he’s engaged. “Should I come to your hotel?” he asked. I grappled with myself for hours, all the while knowing I would say yes.

Tyler kisses my shin when he fastens my heel over his shoulder. Ryan pushes my hands away from him, “it tickles,” “I’m hot.” Tyler undresses me, then flips the light switch back on, standing back away from me, marveling at the opportunity just to look at me. Ryan and I stare at ourselves in the mirror raising our eyebrows and pointing out the unwelcome lines that emerge. Tyler tells me any guy who doesn’t lock me up is an idiot. Ryan calls me his friend.

Tyler spends the night with me; he doesn’t want to leave. I stroke his skin, because he lets me, he doesn’t brush my fingertips off. He rests his head on my chest. He sleeps. I don’t.

Ryan calls me in the morning after Tyler has left, after I have stared vacantly at myself in the bathroom mirror underneath the yellow tinged unflattering lights thinking, “I didn’t have to do that,” after I put on a formal work appropriate outfit with the same trench coat that Tyler had torn off of me the night before.

Ryan is stuck in Kentucky because of storms. He frantically asks what he should do to find a flight home. He’s been delayed three times already and he’s going to miss his connecting flight. I spend all morning on the phone with an agent at American Airlines. It feels like I’m saying sorry.

Ryan and I both make it back to LA, and the next night, as we watch Love Island together, I marvel at how in love they all seem to be after only two weeks together.

“You’ve just never been in loooove before,” he says to me in jest.

I look at him.

And he looks at me.

His lips break into a smile first.

As if to say to one another:

Elizabeth Brooks lives in Los Angeles. Her previous work can be found on Nylon Mag, Elite Daily, and Thought Catalog.