In a Valley of Violence 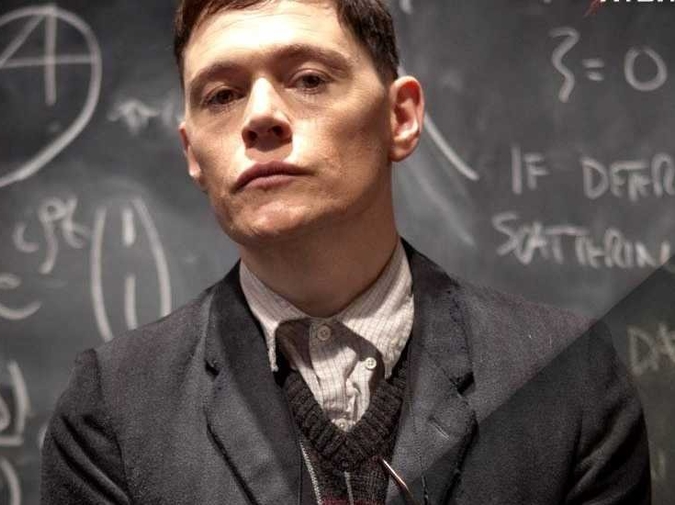 First off: “a” valley? How many fucking violence valleys, chief? The hills are alive with the sound of another script written on the go. What calamitous fortuity bounced a gun clip off the head of this movie’s synopsis? John Wick just center axis relocked the arty in favor of genre (people in the theater with me initiated multiple applause breaks for the choreographic pizzazz of that film) and Ti West has been dunked on. Even if in his hairiest rheumatoid colloquium he deems himself a simple proponent of genre larks, this terrain was already tobogganed by far greasier elbows, partner. I’m sorry his name is Ti, but the man officially decided against his potential and I cast him into a volley of B minuses forever. Just because his miscarried short in The ABCs of Horror classifies him as someone willing to perpetrate insurance fraud doesn’t mean he’s criminal enough to help me achieve orgasm. No matter your visual talent, you don’t call yourself professional and pick up a camera for one afternoon, unless your parents were outlandishly forgiving. Why round up all this talent, including your own, which could exist in spades if you didn’t secretly hate it, in order to squelch on the delivery? Why interrupt your every Hail Mary? Have girls been falling for you since first grade? Are you blown for lunch? Larry Fessenden, brilliant film presence, in his acumen and generosity, cut you a corner to get started too soon, and ever since you seem to have set the precedent of about one week per script. Good news, fellow late-term millennial. I work hard in vain because I am full of hate. For the price of my insane, unpayable, and ultimately futile medical bills and school loans, I will rewrite you. The real toll will be the artistic dignity I cached performing poetic gibberish no one noticed across two hundred magazines for fifteen years. By suggesting my artistic dignity existed in the first place, that I exist in the first place, you see I have a sense of humor. But, I beg you, one film geek to another, let me recombobulate your deft homages into something with a more dastardly zing. I’m no idea man, no technical eyeball, such as yourself, but I am (promising my ostentation here comes from a place of true craft joy, if not calculated onanism) capable of scribbling anything a pittance more iconic than the result as is. The worst sin, in my mind, is providing needless commentary while someone performs hard labor. So, in picking up the slack, I hope you may feed the sexual aperture of my collaborative thrust by tensing your patience. Why is the valley indefinite? Sounds hilarious. Any other title. Leone subverted the trope of an untouchable and benevolent John Wayne demigod by morphing him into a silent demon. The compelling concept here is to give the demon a very human mental disorder. He talks gruff because he’s dehydrated. He massacres because his coping device has been eliminated. Let him fall apart for real, not under the auspices of losing a fucking puppy. Whether John Wick bow wowwed way better or had never been filmed, you wrote yours first etc. (because it only took a day): no puppy survives long enough to bond with in my idea of a cruel west. If you insist on John Wayne having a cuddle buddy, why not be a hilarious parody and call it Death Tint, try to approach the perfect Greaser’s Palace. (Road Warrior was cool because Gibson didn't necessarily depend on the dog and vice versa.) His family issue will only ever be exposition. Delete. Too much well meaning fat to this story to get away with the protagonist being a reluctant pederast saved by his premature bride. What triggers him should be something so simple as to emphasize the delicate nature of his condition, and when he falls apart it can be a previously unseen exploit, a rank spectacle aimed as much at himself as at everyone else, needless and ridiculously written female characters included. Shift all that. The primer for instigation must be a less shrill event and you can still play with a reluctant sheriff for nemesis. Everything between these characters can be economized into crescendos of over and understatement. Let’s have more Burn Gorman, one of the most fascinating faces (and names) in cinema (along with Julian Richings, especially in the masterpiece We Are Not Here), featured with more extreme close-ups and dialogue free action. If you let a character speak, I want that sentiment echoing back up at their tomb from hell. Develop an autoimmune disease between each fucking sentence and call me in the morning.