But Then Comes April 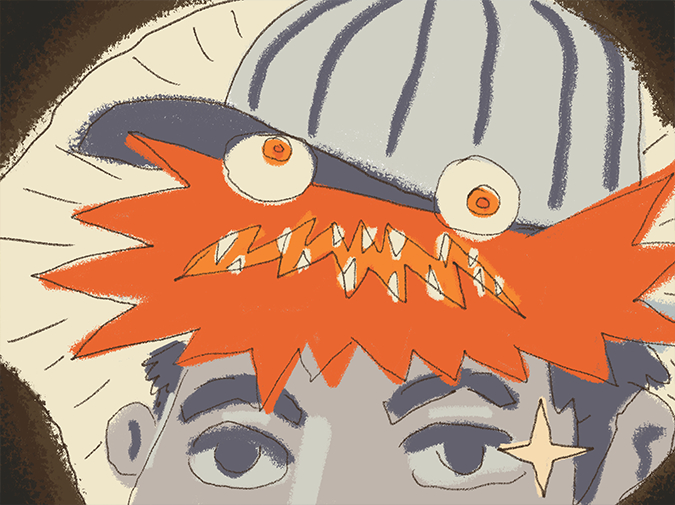 For the better part of every year I try like heck to be a better person. Nicer. More caring. This year I’ve taken up breathing. I breathe in and I breathe out each day. Last year I learned to put less food on my plate at the buffet and to bring my own metal straw and wooden fork. It has been years since I bought clothes. I wear jeans five times during the warmer months and seven times during the colder months before washing, unless I was particularly sweaty from the seat warmers in my car or my wife makes that face when I walk by, which sometimes happens.

I collect plastic bags from friends and neighbors and make my kids collect them at school lunch. I even run across the two-lane highway in front of my office and untangle them from tree branches in the median and recycle them all at the Stop & Shop. We are down to one small trash can every other week. Our hottest showers are lukewarm at best. My sunglasses are garbage. We wrap our cheese in beeswax. I promote those who use cloth diapers on social media.

I’ve learned to pause and listen after asking people: How are you doing? I nod my head to let them know that I hear them, no matter what they say. If it’s some really messed up stuff, I repeat it back, letting them know I am here for them and won’t judge. I haven’t judged a person in a decade. Not the lady in the produce aisle who eats grapes without paying and spits the seeds into the green pepper bin, nor the guy who knocked off my driver’s side mirror in the Home Depot parking lot and drove two rows over and parked and pretended he didn’t speak English in a rather bigoted, fake accent and then said he was blind and didn’t know what a car was, let alone that big truck with the bumper sticker of Calvin peeing on my Prius.

I especially don’t judge Bill, my neighbor, who uses fertilizer every month, waters his lawn during droughts, and whom I’m pretty sure pours used motor oil down the sewer grate in front of my house while pretending to walk his dog; not to mention that I am almost positive he killed Gus, the groundhog my kids and I fed melon to and let live under our shed, with a pitchfork. I know I am no better. I could do those things. Well, maybe not kill Gus with a pitchfork. But the rest: All me.

I remind myself that squirrels plant oak trees by mistake while I’ve killed a cactus from neglect; that the Siberian willow warbler weighs only 10 grams and flies almost 10,000 miles every autumn without a GPS while at 210 pounds, I used to drive to my mailbox on really cold days and still use Siri to get to the Costco. I spend at least one hour a week watching and really trying to relate to the worms in my compost bin and remind myself that they are turning my half-eaten apple and coffee grinds into future generations of lilacs and fresh tomatoes.

I tell my ten-year old son it’s ok for men to cry, even in public, even over losing on one of those mechanical claw games where you’re trying to get a little rubber duck, even if it is in an interstate rest area where truckers sucking on tooth picks are staring at you and shaking their heads. I’ve never made my daughter wear a dress or called her princess. I call her Einstein or Eddison or Isaac Newton and let her know that science isn’t just for men and stuff her stockings with STEM flashcards. I let my wife know that she is appreciated by announcing I don’t mind doing the dishes every time I do them. I let the kids know I can wash the stains out of their clothes–except, for the really hard ones like mud or grass or tomato sauce or chocolate or crayon.

I don’t hang up on the Red Cross anymore. I make a point to wave and smile at everyone I pass, especially the sad looking people and those in obvious pain or with limps or runny eyes or growths on their faces or food stuck to their teeth or visible nose hair or really bad sweat stains or that dad or mom who threatens to smack their kid in public. I don’t look away. I am all of them: I am all of them.

But then comes April and the fucking umpire–You rat bastard. You blind motherfucker–has to go and make that first horseshit call of the season–There is no fucking way that was a strike. We’re two pitches into the goddamn season and you’re back to screwing us like you did last year, asshole…

But listen, for the better part of every year, I try like heck to be a better person.

Daniel Joseph writes and once batboyed for a team whose first basemen were J.T. Snow and Frank Thomas. He also sat near slugger Nick Swisher, who once struck out Gabe Kapler, at a wedding. His most recent work can be found or is forthcoming in The Baltimore Review, MoonPark Review, and Terrain.