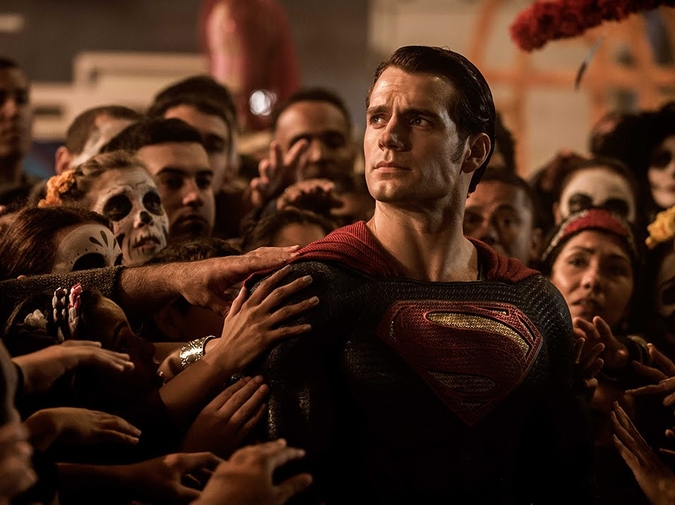 This movie drew a Hitler moustache on being born. An act of celluloid committed to smashing your face against the two-way mirror through which your own conception is deplorably visible. Looks like you were spawned on top a couple genocides, chief, and had your sexuality questioned every time you spoke up about it. Who made you cry over the garbage disposal to rescind your every dinner? This movie is how a country cleans its pipes inside your sons, a doily for Satan’s rabid crabs. It is a rape parade of unquestioned gluttonies and I, for one, have armed myself with some untraceable boxer briefs. Bat V Supes just put scare quotes around the term “extinction”. I have beheld its dire cryptographies. I believe the answer is to turn to the person you love most and gut them with your spare change. Finally, they invented a mainstream film capable of programming children’s nightmares to the extent that we will be able to play back its full runtime reflected behind their sunglasses as each boy or girl becomes my new favorite mass shooter. I was like a kid being touched in a candy store for four serpentine hours. Hey, I never claimed to love anybody who wasn’t ready for a milk carton, who wasn’t already nude inside their ammunition belt. This movie made me shout BA-ZING until the urinal broke down. This motherfucker Batfleck, I’m convinced he’s responsible for grocery stores. Have we inherited a public that feels betrayed for lack of joy? You fucking Sunday school of a mass transit system gone awry! Justice is the fucking film event to kill your kids at, four stars! Two thumbs so far up, they wiggle in my halitosis. Cool if the cheap seats uncork a septic tank where you asked for a massage? Bravo. I think my buying a ticket garnered me a position on Wall Street. Carve an S on your front door and wreathe both lips around the fact that property occurred. Some say incubated fascisms haven’t ruled us since prehistory. Well, good luck with your every distraction, my bossy tulips. My favorite distraction is like how a dog bites its leg a hole for feeling broke. Enter the hole in this dog’s leg with me. Is Bat V Supes akin to watching Irreversible on ten screens in fast forward? Yes. Is it the best movie ever? It is the only. Has an outlet been poked through the diaper of free will? So many questions! If I’m typing, I’m well hid. I’m a peasant with a CCW for exclamation points! This script was written by the Joker from the one people think the Joker wasn’t the only thing about and sunk under the tub before spouting each ethnic slur. Every chair in the theater came with a free straight jacket. It’s the kind of prescribed holocaust I’d take my hat off to, if I had a head. It’s like if the apocalypse could franchise its own sex tape. We are all this film’s troubled children. It is the best superhero movie never made. The fallen have fell, where they fell to is to say the word “fallen” the amount of times I need to hear it said whenever I dare exit the house. I returned home after several hit and runs and fucked my strangled pets until the aquarium was empty. I kicked the neighbor’s cat until it genuflected before the cross. I think I mean to say this movie gave me a batch of expert lice. The drunks from Wake in Fright shot something endangered and had it write a Hollywood treatment before landing in the mud. When I saw The Wrestler, a young lad in the theater fainted during the scene where Rourke unstuck the bandage from his heart surgery and whoever sat next to him began screaming like a skinned kangaroo. Oh, this movie would place a goddamn hose in both those people and I am so grateful it is here to despoil us.