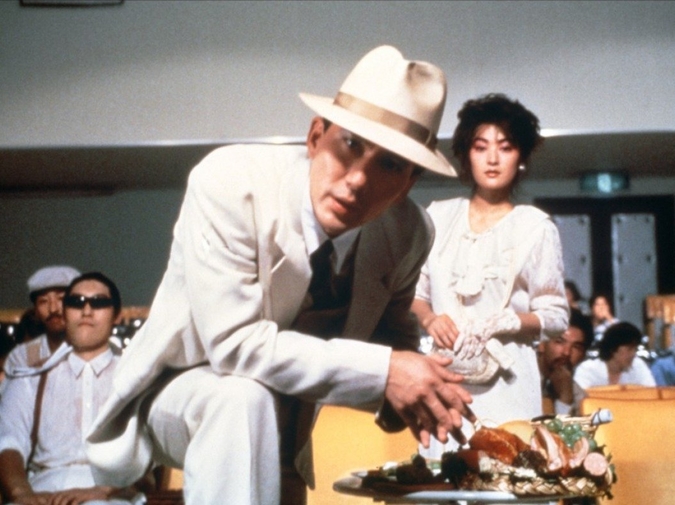 I am stood at a urinal, full of only the usual fear, post Baby Driver’s friendly handling, overhearing some men stalled in behind me trade criticisms through the gloryhole. Both hands being occupied, due to a certain enormity near cracking the porcelain (a fellow’s digestive health becomes prolific if he thinks to himself like a hung pirate or a gasconading rapper), I cannot plug my ears, unless the splash back pisses high enough, but the general consensus is people don’t talk like that. We sure don’t. We speak in platitudes about our families, like Fast and Furious, those movies nothing concerning a vehicle could ever live up to, I suppose, if you care to proclaim yourself that excessive a fan of cartoons (not to insult cartoons – Who Framed Roger Rabbit? contains cooler car chases where the Furiouses are concerned). Why not prove you can swallow a screw against those platitudes and stay unread, unwatched, incapable of using a public restroom ever again? (Don’t worry, I go on to suffocate inside a bag reeking of malt liquor.) I’m convinced the student loan people issued me the girlfriends I eked out years back so savings wouldn’t be an issue against any otherwise unrepairable credit damage. On that topic, what is a bank robbery but a localized choreographic extravaganza to be universally admired? What is the apocalypse but a study of how we’re all somebody’s food already? Why fuck a person if they can’t amputate you? I like a missing limb in my matinee. The toilet buddies switched languages and began screaming at each other so loud I developed PTSD for a war I didn’t attend. My bruised equilibrium caused a cock jut, palsying the flow, and bandages don’t fit in there. Happily, I can appreciate having to be self-conscious whenever I take a seat. Pessimism lives between the kidneys, a condition people misinterpret as carte blanche to assault you. They may even imply a thanks is in order. Confirming the planet’s frowny face for me will spare no perpetrator an equally psychotic recompense, especially if, in their cowardice, they take to feigning innocence and gather a crowd to confirm how the responding abuse came perhaps from something merely invented or oversensitive. Gonna tattoo “nothing to lose” on the internet’s butt. Nothing too loose, Beavis. Enough about spouses. I’m an aficionado of the biotics rundown, pro and anti. I can shape my shits by thinking, another reason I live in submission to the alphabet. Imagine stapling shut the Liberty Bell and you’re there. Coppola stirs atmosphere into a quiet serration of the better and meaner 70s version. Amirpour, nearing Jarmusch-level cool only two films deep, can already do me no wrong. And Wright’s a delight, surely. Remember Tampopo in every Blockbuster as an avatar for people who wanted to appear like they hadn’t skimmed their way into foreign film lover status? I could tell they hid reserves against everything aesthetic in their speed to fall for Tampopo. But I finally saw this joy, this lark of cinematic frolics. What a fun goddamn masterful delight that deserved its once excessive lauding. What an odd, sexy adventure in vignettes – all the best qualities of how foreign films were promoted, minus the pretentious affect, aside from those with fake love back when. My love is so sick it can only be made dormant.