You Tomorrow if You Want — The first ever short story written by Dixie Lohan, Lindsay Lohan’s cousin 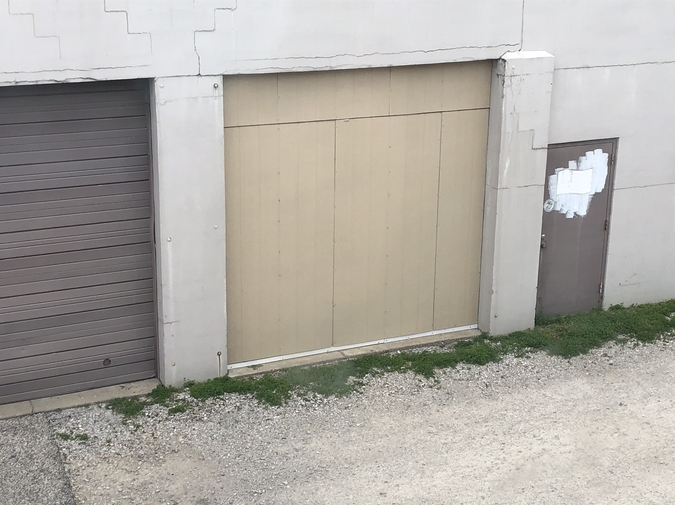 Once upon a time, Roxy woke up to the sound of her alarm. She was tired and the floor felt cold beneath her feet.

Ahhhh! she ejaculated loudly. So cold.

Roxy went to the bathroom and stood in front of the mirror. She had just cleaned the mirror with Windex. The mirror was Windex clean and she looked good.

I hate you, she said to the mirror. I love you, the mirror said back.

I don’t believe you, Roxy said.

The mirror went suddenly silent and the glass was just glass but angry glass.

In the kitchen the sun streamed sunny through the blinds and her fridge was full of half drunk protein shakes and too many jars of jam. Roxy sighed. Today was the first day of the rest of Roxy’s life and all she had was old jam.

I’ll have to go grocery shopping after Calvin proposes to me today, Roxy said to the jars of jam.

At the very least get bread, the jam said.

And then her phone rang. Roxy jumped in surprise.

She’d left her phone on the bathroom sink and she heard it vibrate itself onto the floor.

It’s probably Calvin, Roxy thought to herself. I bet he’s so nervous to propose.

I’m putting you on speaker, Roxy said to Calvin as she picked up her phone from the bathroom floor and put Calvin on speaker.

Oh great, I’m going to have to listen to this shit now, the mirror said.

Who was that? Calvin asked. Are you alone?

Yeah, I’m alone. What’s up honeydew? I misschu sooooo much much much.

Babe, we gotta talk, Calvin said after a long pause.

Rox, Calvin said. What was that noise? Did something break?

Only my heart, you bastard, Roxy screamed into the phone and the phone was all static and her shrieking.

I second that, the mirror said a million times at once.

Who is she? Roxy asked. Do I know her?

You could say that.

Roxy fell to her knees and her knees became bloody against the million jagged mirrors.

You know who she is, the million mirrors said a million times.

I thought you were going to propose today, Roxy said, crying.

I did propose today, Calvin said. To L. Your famous cousin.

Roxy bent over the million pieces of broken mirror and could see her vagina in a half a million of the pieces and her vagina looked good. Like a half million soft pink crying eyes.

Well this morning I touched myself thinking about that time I had sex with Ryan Gosling, Roxy said. And it was fun and I don’t even care.

She did do that, the half million pink eyes said, but she does care.

Calvin sighed as if bored.

Roxy started picking up the pieces of mirror, starting with the ones reflecting her vagina.

Roxy flung herself on the bed and got her sheets bloody with her knuckles.

Hey, I’m still down here on the floor, the broken mirror said. You’re not finished picking me up.

Everyone could stand to be a little sweeter to each other, the fridge jams said.

Roxy cried for hours and hours and then her famous cousin L called.

I guess Calvin told you, she said. Am I on speaker? Gosh Roxy, Calcutta is beautiful. I can’t wait til’ the wedding. Did you get the 20% off Hilton Honors card I sent? There’s a Hilton here. I blocked off some rooms.

This is just like Tad in seventh grade, Roxy said.

I knew you’d say that, L said. I guess you’re right. Calvin’s hotter though. Anyway, I need you to do something for me tonight that I can’t do because I’m in Calcutta with Calvin.

What do you want? Roxy said. You’re such a whore.

I know, L said. Anyway, there’s a speech that I’m supposed to give in Cleveland, Ohio at some dinner. And I can’t. Because I’m in Calcutta with Calvin.

What’s a speech have to do with me? Can’t you get Alyssa Milano to do it?

Who’s the speech for?

All of the past and future presidents of the United States and the entire country. Everyone is going to be there.

I don’t believe you, Roxy told the mirror.

The mirror shrugged. You don’t have to believe me to make it true.

Shut up, Roxy mouthed to the mirror.

You might get to fuck Ryan Gosling again tonight cuz he’s here and girl you look good, the mirror mouthed back.

She moved to the exact center, mathematically, of the stage. From her pocket, she heard the compact mirror say, breathe bitch.

Hello Mr. and Mrs. Presidents. Hello Everyone. .004 score and 7 seconds ago L asked me to come speak to you and something within me said JUST DO IT, but not in the Nike way……nope to Nike…..I hope you bear with me because I haven’t written anything down.………oh my heart is broken…………it hurts……..everything hurts.

Geez there are so many of you looking at me like I should have something wise to say…………well why shouldn’t it be me? It can be you tomorrow if you want.

Okay. First of all, fear is a liar. Second of all, fear is a liar. Third of all, fear is a goddamn liar. Sorry for swearing, Abe, but you know it’s true. But seriously. Nope to fear. I woke up this morning to the sound of my alarm and looked in my mirror and said “I hate you.” After that the rest of my day blew so many sweaty balls because my mirror was pissed. Never tell your mirror you hate it. Never tell anything you hate it. Don’t hate anything because you are afraid. Better yet, don’t be afraid, and if you are, don’t hate the fear you see in the mirror.

It’s like a big ball of some really freaky liquid that gets all solid and chunky in the parts that aren’t loved. It’s like a party in Calcutta everyone is invited to that’s going on all the time. Don’t make the awesome freaky liquid gross and chunky.

Don’t ruin the party in Calcutta.

That goes double for you, the compact mirror said from Roxy’s pocket as she walked off stage into the night.

Sofie Harsha is a writer, artist, musician, and teacher living in Saint Paul, MN. You can find her short fiction at The Adirondack Review, Carve Magazine, Paper Darts Magazine, Terminus Magazine, and Cog.