You Told Me I Looked Good 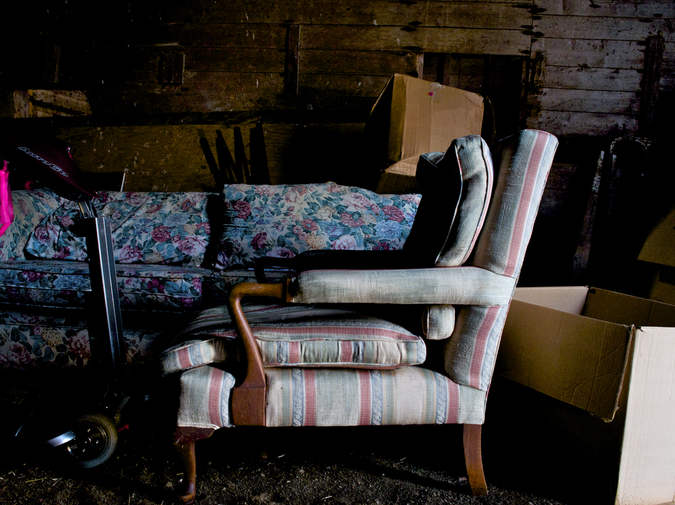 A fly landed on your bald head right after we were done having sex. This was before you went actually hairless, sometime after you started shaving your head and before you started losing your hair for real, and the fly jolted to a stop right as you closed your eyes. I watched as it hopped from one spot to the next a few different times, decide your head was not the head it wanted to be on, and fly away through the open window, the one right above your wife’s nightstand.

You slept for a few hours after that, but I stayed awake, mostly wondering why you hadn’t yet scraped the popcorn texture off of the ceiling in your house. I noticed a few other things, too, like that you’d carefully groomed your nails despite the fact that things like groomed nails wouldn’t matter soon, even though no one knew quite when exactly; and that the silver statuette of the ballet dancer on top of the dresser was oxidizing because no one had polished it in a while, or possibly ever.

I thought that your wife had good taste in literature from the books that she kept piled at the foot of your bed, and that maybe I might tell her that at your funeral, that in some way I admired her, but then I knew I probably wouldn’t. I thought about looking for the television remote.

Together we went downstairs to the refrigerator when you woke up, and I was surprised to see real human being food inside, like a quarter of a birthday cake, craft lager, and one of those white Chinese takeout cartons folded up like someone had done it in the dark at three a.m. I thought the fridge would be filled with things like applesauce, maybe, or Jell-O. I didn’t know what to think about you then, and I was looking for signs that would tell me how to do it. I still search for them, but they’re easier to find now.

Do you remember standing across the kitchen island from me, and cutting a wedge of Jarlsberg Lite down the center so it splintered into two pieces, tipping outwardly from either side of the knife like falling timber? You told me you should be saving it for later, and I found it hard to laugh with you. You told me I looked good.

After pouring yourself a glass of filtered water, you walked back up to the bedroom, and we got back into bed, even under the covers despite that it was too hot out for sheets or even sex. You put your hand out to touch my hip, and then you apologized, so I thanked you.

Meredith Turits [http://www.meredithturits.com] is the senior culture editor at Bustle, and the fiction editor for The Brooklyn Quarterly. Her culture writing and fiction has appeared in Vanity Fair, the New Republic, The Paris Review Daily, Electric Literature, Joyland, and more.