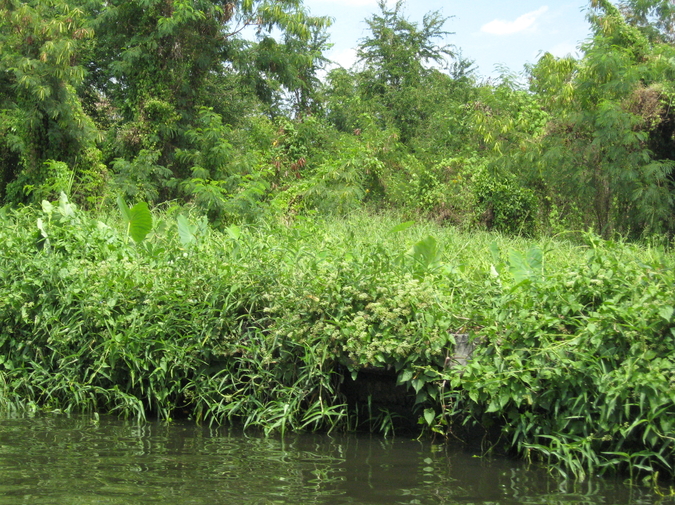 Through happenstance I found myself a pilgrim in The South, a sudden and bewildered owner of a one bedroom house in Southeastern Georgia. Across the way a cotton field, behind that an overgrown lot holding only a burnt-out trailer. On weekends the boys from the nearby Air Force base would pilot their Chinook helicopters over the trees and take turns hoisting the trailer up and then dropping it back to the ground.

I used to talk to the pilots over beers at the gas station down the road. County ordinances
forbade liquor and traditional bars, so the Indian who ran the Cheap-Mart set up stools and a mini-fridge in the back of his store. Between games of craps we drained mugs of skunk beer and lamented our stations in life.

Yankee, a pilot named Buck would say to me, what business do you have here? Head north. Settle in Wisconsin, Michigan. Revel in real and honest culture. Buy a snow shovel.

You've got some room to talk, I'd say. Get in your warbird over yonder and fly on out of
here.

The pilots were rowdy customers. Broke bottles on the cement floor and intimidated Singh, the owner. When he finally told them to settle down they broke into an unanimous sob.

Up and down, Buck said. You lift the trailer, you drop the trailer. If only there was a war to save us from this terrible circle.

When I settled my tabs with Singh the pilots would call to me, head in hands, from their stools.

From my porch I considered it. There was no winter in Georgia, only a pause from murderous summer. There was no breeze, but the cotton moved of its own accord. I had a neighbor, a quiet mother of three, who left Polaroids of herself taped to my front door. She was fond of saying that the cotton wasn't subject to natural laws.

She lectured me often from the confines of my pull-out couch. The subject was always
Southern Ways, Southern Assimilation.

You pay attention, she said, and we'll make a native of you yet.

Come Saturday we'd load up and head for Savannah, Augusta, the beach. When those Chinooks came buzzing in I felt a mean urge to escape. Listening to their rotors too long was maddening. In the car I'd turn the radio to talk news, maybe a sermon, and she'd protest until I returned to the sputtering country stations.

How're you gonna live, she said, if you don't immerse?

Darling, I'd say, it might surprise you to learn that life exists outside Dixie.

At the beach we'd fill coolers with beer and carry our blankets out onto the sand. We did this into November, me in my hat and bermudas and she in her bright red two-piece. I bronzed and graded papers while she turned front to back and nursed her drink.

It could always be like this, she said. You and me. The boiling, mad ocean.

I said yes, but knew it to be a lie. Her three boys were nearly of age and her husband's suspicion grew. The party had no way of lasting.

And it didn't. The Polaroids stopped one morning and I knew that was that. In their place came a long and winding note. An apology. Dearest, it read, there are forces and  responsibilities which are so easily forgotten.

Before I finally retreated north, I asked the pilots if I could go up in their copter. On a Saturday morning I stood at the edge of the cotton field and watched them buzz over the trees. The machine was like a giant insect, sturdy and vicious, settling down in the dirt a few yards away. The world was wind, the air full of the yet-young cotton. With the help of Buck, I climbed aboard.

We raised back into the sky and I watched the earth pull away. From our highest point I could see everything. My roof. Angie's roof. The Cheap-Mart, the town square, the university I worked for. There was everything and nothing. A land too familiar and too foreign to name.

Buck's voice buzzed mechanically over the intercom. You want at the hoist? he said.

I crawled along the metal belly into the cockpit and grabbed the jack controls. On the radar screen was that burnt-out trailer. A glowing green rectangle, full and complete, no rust or
holes or anything.

You're going to feel the weight, Buck's voice buzzed. You'll feel it as soon as the hook holds and you pull back.

He was right and he was wrong. The Chinook dipped and sank as we hauled that load. That much was true. But as that trailer wrenched near, and as I saw it float off the ground and away from the weeds and renegade grass, there was simply no weight at all.

Jared Yates Sexton is an Assistant Professor of Creative Writing at Georgia Southern University and serves as Managing Editor at the literary magazine BULL. His work has appeared in publications around the world and has been nominated for a pair of Pushcarts, The Million Writer's Award, and was a finalist for The New American Fiction Prize. His first book, An End To All Things, was recently published by Atticus Books.