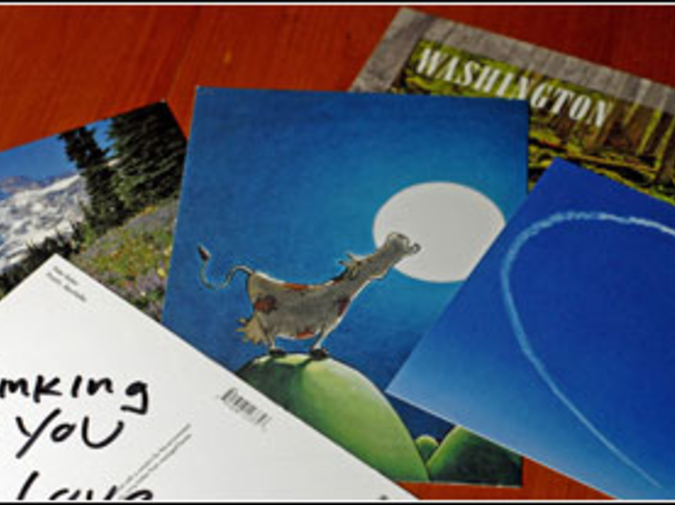 As I was preparing to go away on a three-week women's backpacking retreat, Teddy said he was going to grow a beard in my absence. To be funny, I told him I was going to do the same, but once I got out there it occurred to me that I hadn't brought any shaving supplies. There were obviously no waxing salons in the Appalachians, and anyway, surrounded by women and nature seemed like a perfect time to "let my hair down," as it were.

Over the course of the trip I found myself increasingly proud of my beard, which grew more quickly than I expected, perhaps stimulated by the rigorous physical activity. One night, as we shared a jug of strong moonshine that we'd bartered off a native, I told some of the other women about the beard, and soon several of them had decided to cast in their lots on a beard-growing contest. We measured our progress during group swims. There was some strong competition, but at the end of the trip all agreed that my beard was the unquestionable champion.

By the time I returned to the city, I had mixed feelings about going back to a clean shave. There was something quite liberating about letting my body function as designed, and in general the trip had really opened my eyes to that which was fundamentally worth spending time and energy on. Teddy was overjoyed to see me, of course, and we made love almost instantly upon my arrival, so the question of my new, more natural look was not addressed right away. Still, I felt it was on his mind in the following days, and sure enough as they stretched into weeks without any sign of depilation on my part, he finally worked up the nerve to mention it to me. "So, ahm, about the beard…" he said during a commercial break, as we sat on the couch together, my feet in his lap.

"Well, it's a little…" he seemed reluctant to continue, hoping I'd take the hint. I did not.

"Well, I've always loved you for being such a secure guy," I reassured him. "I'm sure you can handle it."

I looked at him from across the couch. If Teddy and I continued on course, he was surely the man I would marry, but I suddenly wondered if I knew him at all. What if I were to fall victim to some sort of total-body paralysis that rendered me incapable of hair-removal? Would he abandon me? "Teddy," I said as reasonably as possible, "Can it be that important? I'm still the same woman."

There was absolutely no question in my mind. He slept on the couch that night, and moved out a week later, once he found a place. Perhaps I had some momentary regrets, but overall it made things much simpler. I didn't have to tell him about the Bigfoot I'd encountered near the peak of Mt. Katahdin and explain that I'd felt an instant, deep connection with him. Xanhaar loved me as I was, and with Teddy gone, we were free to make a go of it, despite the distance.

Rosie Sharp began in California. She now lives in New York City. Her work is featured at juked.com, in Overspray Magazine, and on dailysonic.com. She likes robots, especially candy-dispensing robots with lasers. She does not like it when you tap on the glass.