Why I Won't Work At The Mill 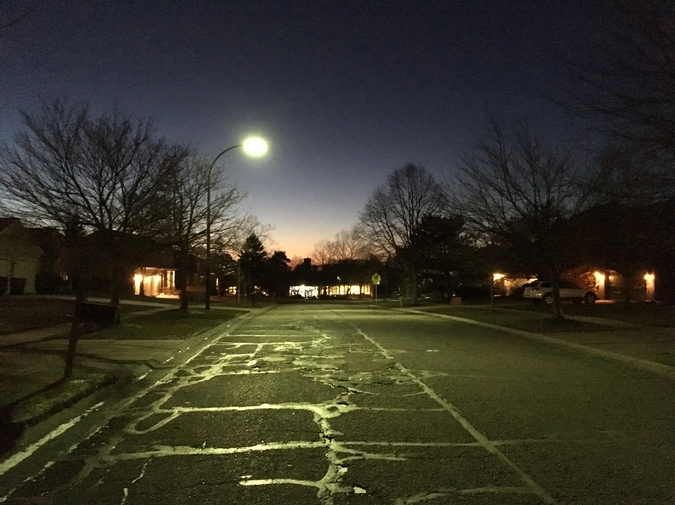 The main thing about washing dishes at Ronny’s Café is I can come into work pretty fucked up and no one seems to notice—least of all Todd.

Last Saturday I got in to work around ten or so, annoyed because someone had left the coffee out all night. I noticed the carafe smelled a little like whiskey. I said this much to Todd and his eyes lit up. He sniffed what was left; secretly hoping that Ronny made Irish coffee the night before. He even poured a little onto a saucer.

“Jesus Christ, why don’t you grab a cup?”

“Because, Adam, they’re all dirty.”

Todd looked so disappointed when he realized it was just stale coffee.

Ronny’s is a pretty good gig. There’s a small kitchen, but it’s big enough for Todd and me. It only gets tight when the boss sticks his nose in our business. They stop serving food around three so I can still pick up a couple night shifts stocking shelves at the Kroger if I need to. The night manager lets me come and go. Since Monica left I’ve been trying to pick up extra shifts to make rent.

“One of us could go to the drive-thru and pick up a pint. It’s gonna be a slow day. Plus the boss’s outta town.”  Todd suggested.

I had never been to the drive-thru liquor store but he said it was right off Detroit Street and wasn’t any different than the beer store. You drive on up to the garage and tell the son of a bitch what you want. I was bored and thought why not and hopped in my Buick to grab a pint of Old Crow and a pack of smokes. On the way, I passed Monica’s little Ford Escort in her mom’s driveway. Her mom lived across from the busy McDonald’s, the one on Main Street.

The red light at the corner of Detroit and Main went on forever. I sat and tried to find a CD in the glove box. Earlier that week I sat in the McDonald’s parking lot and ate French fries a double cheeseburger without pickles and onions and didn’t see Monica’s car in her mom’s driveway. I sat there for a while, first just checking social media, but then I got to thinking about where she might be—if she was okay. Before I knew it, it was after ten and dark out and I never saw her little grey Escort pull back in.

When I got back to the café, Todd said we hadn’t even had one customer. It was Saturday morning and Todd said everyone must’ve been at home nursing hangovers and eating leftovers. I washed two coffee mugs and poured the bourbon. After we took a few deep swigs, Todd put on an album London Calling and had me do food prep: clean the lettuce, cut the tomatoes, the razor-thin refrigerator pickles. That sort of shit. I finished my drink and felt the liquor kicking in.

Todd poured us another and said don’t forget to label the pickles. I tore up a piece of tape and put it on the plastic container and wrote in big-ass letters THESE ARE PICKLES AND THEY WERE MADE TODAY 2/18/2018.

We did a lot of the prep for the week and eventually there was nothing left to do but start in on washing the mixing bowls and knives and spoons and cups and plates and cutting boards. I pulled the mixing bowls out of the big tub of soapy water and scrubbed them and moved them into the tub of rinsing water. I thought about Monica. Some nights, when she worked the late shift at Home Depot, she’d come home with a big, greasy bag of Wendy’s and a big smile on her face and say now don’t get used to this. I’m just exhausted and know you haven’t made anything, but in those last weeks before she moved out I knew it meant something. Since she left, life at home isn’t much different than life at work.

I smacked the powdered latex gloves against my hands and grabbed one of the beige ceramic plates but the fucker slipped from my grip and shattered all over the floor. Todd laughed and I cursed and put on a second pair of gloves to scoop up the pieces with my hands because I couldn’t remember where we kept the broom.

I only finished washing a few things when, over the blaring music, Todd asked me what my old man did. I told him that he worked in the mill like pretty much everyone else. He told me his ran off when he was six.

Apparently the guy was in the war. When he got back he married up, had Todd, and moved to Centralia from Muncie to open up an antique store. Todd asked me if I knew this part of Ohio was the antique capital of the Midwest and I pretended to be surprised. As if I haven’t lived here my whole goddamned life.

Then one day Todd’s old man just left. Todd said the guy found a flyer tacked to a telephone pole downtown. It said there was this big war going on—outside of our little town the communists were taking over. Apparently Todd’s old man was going to use his military training save the country from these people brainwashing the honest, hard workers across the country.

I let the water run over the side of the sink. I barely made a dent in the dishes. Everyone I knew lived here forever. Monica’s dad worked in the wire mill with mine after most of the steel mills shut down in the 80s. I chuckled to myself. I guess some part of me had a bizarre, displaced admiration for the old man for getting out.

As I turned off the water, I looked up and saw Todd slouched over the stove; he stared at two burnt grilled cheese sandwiches that were supposed to be our lunch. Todd ran his mouth about all sorts of shit, but I could tell he was telling me the truth.

He said no one’s seen or heard from his old man since and I pictured a grey-haired vet in tattered clothes with a scraggly beard, hiding out in Rockfield Gorge, living off the meat of dead communists.

Supposedly the government looked for him. Cops and detectives tried to track him down after the string of murders in the Mexican neighborhood in West Liberty some years back, but no one found him. Todd thinks his father’s still alive, even though he’d be pretty fucking old by now. He wants to imagine the guy still out there, running around in the woods like some kind of deranged hybrid of Batman and Uncle Sam.

I hopped in my Buick and took off a half hour early that day, water still slopping out of the sink, drunk as hell and dishes piled high, plates all busted in the trash.

Nicholas Rys lives in Ohio where he is an MFA candidate in fiction at Bowling Green State University. His stories and poetry have appeared in Split Lip Magazine, Volume 1 Brooklyn, Unbroken Journal, Reality Beach, and others. His essays, reviews, and author interviews have appeared in Electric Literature, The Rumpus, PANK, Fanzine, and Entropy.