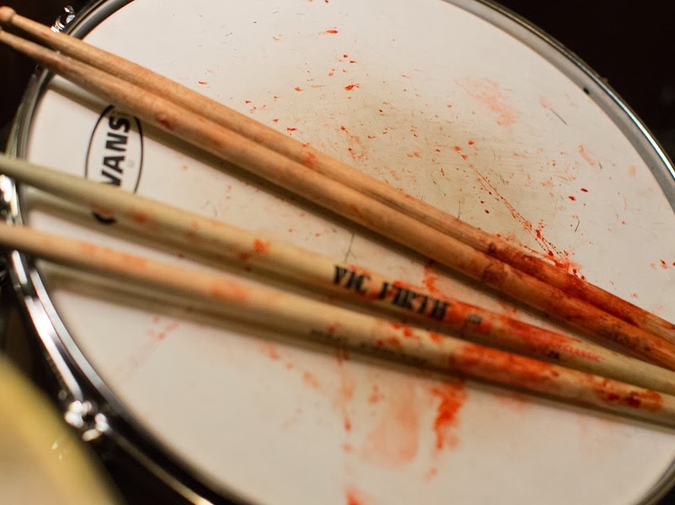 Subject verb object will adjectivally concrete noun our preposition abstract noun, and for the hell of it cavorts the most insignificant pronoun: I. Add a little torque from Silliman’s New Sentence to pad a poem’s gangland with the sayingly American Lish consecution, ignoring the bullshit button harder than the overvalued condensing out of diaphoretic word play, a Frederick Barthelme distance from the post-modern as far as keeping the writer’s wink-eye sutured, the Beckett breath stays liver-spotted, but also unhinge the spice in place of truth or heart for the minimalist’s honorable way. A combination then of the old enemies at school might, if you prefer, bog the radar. Bring Stein, encrypt a rhyme. How Butler undoes rhythm by the syllable into an unsurpassed athletic flow, I’ll try, in being huffy on the stairs, toning more staccato. Less the insanely perfect drone that carries you ritualized from your thought or replaces it tumid, more a series of shanks dropped and reused on said thought, like Tokyo Rampage, if my influences can differentiate anything about me. The sentences black hole themselves into a dot of words, condensed by the thesaurus – that compound hiney. Thesaurus is the best porn. A sonic tool to fulcrum up the fattest adverbs, how Lutz repurposed them from science. Toward his palace-level structure, but by dumber methods. Tenuous Davis detachment between paragraphs, the opposite of that, while admiring that. Acker committing to the steroids of the Burroughs cut up to find what plagiarism isn’t. Where is De Sade in all this? Things are so bad we have to always list them out. Better tally some skin or genders on me or I’ll forget this is online (pretending I’m read). No need, because Toomer’s Cane is the only sublime to ever approach. Why is it not the only book being taught? But my “mind is a pink mesh bag filled with baby toes,” okay? Who plains me a good life outside the craft balloon? I’m finally looking into Mary Maclane. She seems to have beaten everyone at what’s contemporary a hundred years back. Is Chekov why I’m so sad? I’ll give you twenty bucks for a plot in literature that acknowledges his talent, but ignores him slightly more. A writer is never done getting screamed out of the room. It’s what we do. We don’t hit the keys harder under pressure. We internalize the nightmare and explode down the line with our very own. Nothing matters from class to outcome, as long as some version of blood is landing. Just don’t study a life unless it ends yours.