Whether You Win or Lose 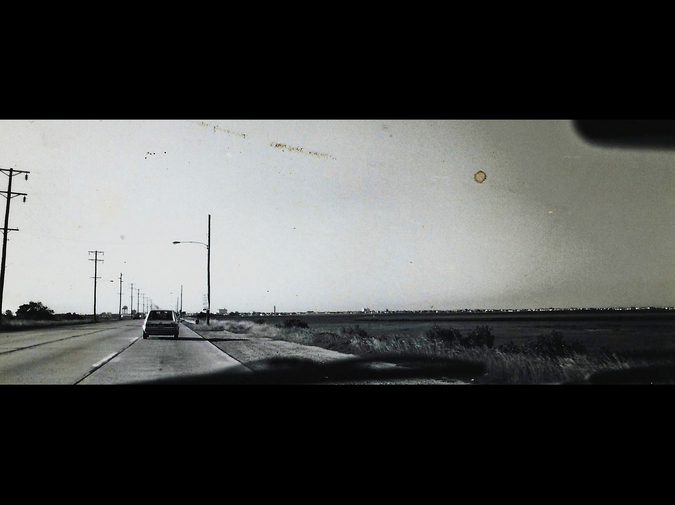 Uncle Max picked me up for tryouts. I must have been fidgety. I changed the radio station a half dozen times before turning it off.

“The Beach Boys shouldn’t call themselves boys,” I said. “They have mustaches.”

“And sideburns,” my uncle said.

I opened the glove box and looked through his cassettes. His Joni Mitchell tape was busted, so I stuck my pinky in the hole and tried to rewind the loose tape.

I shook my head. “Mom loves this tape,” I said. “I like how Joni Mitchell calls her husband her old man. That’s funny, don’t you think? It’s really weird, isn’t it? I don’t like the way she sings the song though, all up and down like she’s being goosed. But I like the one about drinking a case with somebody. Yeah, Mom and I sing the case song together like we have furry throats.”

“A little nervous is good, you know,” my uncle said.

My uncle looked at me and raised his eyebrows.

“Good. The biggest insult you’ll ever hear on a baseball diamond is ‘Look alive!’ Nervous means your juices are flowing. You’re alive alright!”

The Joni Mitchell cassette could not be fixed. I showed it to my uncle.

“I must have listened to that damn River song one too many times,” he said.

“The one that sounds like a Christmas song in the beginning?” I said.

“That’s it. You know, it’s about that lonely Christmas feeling you get.”

That June, I had no idea what lonely Christmas feeling he was talking about, and no idea how completely I would understand it by that December.

“Why did you quit the minor leagues?” I said.

Uncle Max took his right hand off the steering wheel and put it to his heart. He patted his chest.

Uncle Max was my mother’s older brother. In his profile, I could see her long nose and the funny ridge above the eyebrows. On my uncle, these features were handsome; on my mother, I was thinking then, they made her look sad. I tried to remember the words to that River song, but all I could hear in my head was the opening piano, tired-sounding, and all I could see in my head was a young girl skating away from somebody.

I wish I had a river I could skate away on. What else? I couldn’t remember the lyrics because I always let Mom sing that song alone. Mom, in those moments, singing those lyrics, wasn’t my mom. She was somebody so sad, I’d have to grasp the passenger side door handle and stare straight through the passenger side window like I could burn a hole in it.

I picked another broken cassette out of the glove box. “Why do they make these things so damn cheap?”

My uncle began to sing River. At first, I stared at him in disbelief, but then I heard that break in his voice, the break a child never wants to hear coming from an adult. I wanted to ask him to stop singing, not because he couldn’t sing well, but because just as I had seen that day for the first time, my mother’s face in his face, that day too for the first time, I could hear her loneliness in his.

Only a few blocks from the softball fields, the sun shone start-of-the-summer bright through the windshield.

“Uncle Max, are we all going to get cancer?”

“I hope not. An enlarged heart is enough for me. It’s what took your grandfather, you know?”

“Of course not. Why are we talking about all this sad stuff? We gotta get you pumped to get picked fast for a good team.”

“Grandmom says it doesn’t matter which team I play on, just—”

“Wrong,” Uncle Max said. “None of that softie stuff about whether you win or lose is right either. You play to win, Teeny. That’s it. Your grandmother doesn’t have a competitive bone in her body and your mother’s the same way. It’s too late for them. You have to start fighting.”

He opened up the glove box. “Find us some fighting music.”

“Something to wash that wish-washy river away. Don’t go telling your mom you and I were singing Joni Mitchell together either. She’ll think I’ve lost it.”

My uncle looked over at the pile of cassettes I was sorting through.

“That’s it. Rewind the first side to song two and crank it.”

Of course, in 1980, every kid and their uncle knew the words to We Are the Champions. Uncle Max and I sang as loud as we could, and he was right: most of my Joni Mitchell feelings disappeared. But not all them.

My uncle had said it was “too late” for Grandmom and Mom. He said it did matter what team I got on and it did matter that I should win, and not lose.

Was this some sort of minor league knowledge? Or man knowledge? Had Dad ever stressed the importance of me and Mom beating our opponents at tennis? Mom won as often as she lost, and it didn’t seem to affect her either way. Did women become single mothers because they weren’t competitive enough? What kinds of things, besides sports, did any of us have to compete for? Sometimes I competed with my sister for attention, but who did Mom have to compete with?

Uncle Max and I pulled into the parking lot next to the ball fields. He nudged me. “We’ll keep on fighting, ‘til the end,” he sang, and I was automatically still singing with him. But my mind wasn’t on the song. It wasn’t even on softball tryouts and all the new girls I was about to meet.

Fragments of words said, not fights exactly, but hushed rushed words my parents had been using when they didn’t know I was nearby, floated in my brain and I thought if I could just be home and not at the beach all summer, I could save things.

“One more time?” my uncle said, reaching towards the car stereo.

I hit Off. We looked out the windshield at groups of girls running around.

“Listen to me, Teeny,” my uncle said.

“There may be a shitstorm coming. But today, just take my old glove, play hard, and get picked.”

Christine Fadden is the 2006 MVP of the Warren Wilson MFA Program for Writers Prosers softball team. "Whether You Win or Lose" is an excerpt from her novel-in-progress, which honors, among other things, the 1980s Phillies. She recently won the 2014 Tennessee Williams Prize for another excerpt, titled "Little League Girls," which will be published in the Fall 2014 issue of Louisiana Cultural Vistas. You can read more of Teeny and her first summer of playing ball in GERM Magazine and the American Literary Review.