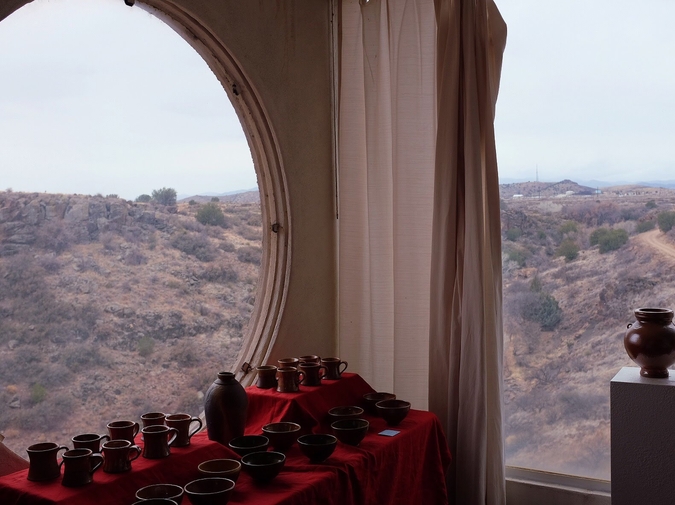 In every house of our memories, there is a book. In the basement of mine, there is a paperback with pictures of the sea.

The underwater camera is smeared with the blurriness of blue-tinted age, groupers and angler-fish, their eyes like milky globes. And while the fish are alien, they are real. Flesh and organ. The pages turn. Tangles of seaweed fall away, and something hangs on the mid-horizon of the water, glowing. A submarine hanging just out of vision. It gets closer, and you are caught in its beam-- something bigger than your body, here, where your limbs were not made to thrive.

What do you call a submarine when it’s underwater? Its rivets and panels softened by the green sphere of the ocean? It moves smoothly, cutting through the water, and it becomes something no longer from us.

I  have a memory of the ocean, how hungry it is.

My body in the shallowest part of the beach, somewhere that felt safe until an undertow came in, and I was dragged along like nothing. The sum of me suddenly insignificant -- the only time in my life I’ve been weightless.

It never drove me away. I love the way salt swells my eyes, the taste of it. When I swim, I imagine what’s underneath me -- mirroring my image with its own body, moving back and forth under my shadow.

In the most famous hoax photo of Nessie, a dark neck rises from an eddy like a swan. It’s called the “surgeon’s photograph,” because it was taken by Robert Kenneth Wilson, a gynecologist. Later, it would come out that the picture was faked. Its body was a toy submarine, its neck and head made of putty. There are more photographs. Those, I haven’t seen.

Because I was Catholic, I was baptized. My head was anointed in oil and plunged into the shallow basin of a baptismal font, and was too young to remember. I wish I knew how it felt to for my eyes to go wet.

I was born for water. I learned that Moses floated in the river. And because I was baptized, I was reconciled. I took communion. I was confirmed. Later, in the same church, I dipped my fingers into the font -- dabbed my shoulders and forehead and heart.

There is a place called Lion City. In 1959, it was flooded to make a lake for hydroelectric power, and the water preserved it.

You can find videos of divers exploring there -- murky emerald water gives way to huge stones. The camera swings toward each new find with its flashlight, tying the people down there to the earth.

Pavlopetri is sunk below the Mediterranean sea. Because it’s so easy to get to, people steal things from it, damaging the ruins. I know I couldn’t do that. I remember stories of mermaids, their eyes like marbles, built for the new sun. How I once thought everything had a home.

One year, when my father still lived with us, we took a vacation to the Adirondacks. He used to go there with his family -- they were poor, and the mountains of New York had water.

The cabin we rented didn’t have heat. Because it was the summer, we were fine during the day -- but the night was cold, and we’d only brought a few sleeping bags. There were no sheets on the beds.

Near the end of the trip, my father told us he remembered a pond he used to swim in. We hiked up and up, until the ground became muddy and the path opened to a clearing -- a glimmer  in the close distance. We ran to the shallows, and big tadpoles circled our bare feet.

In great, long strokes, my father began to crawl across the pond, slowly leaving the safety of the shallow side, his body shadowing over the expanse. He asked me if I wanted to try it -- swim part of the way and not look down.

I can’t remember if I made it. But I remember the water. The water no motor touched. The image of my father swimming out ahead, his black hair wet in the cold sun, and my own body pushing me forward, forward and through.

Cameron Gorman (they/she) is pursuing their MFA at Ohio State University. They are an associate poetry editor for The Journal, and also read for New American Press.