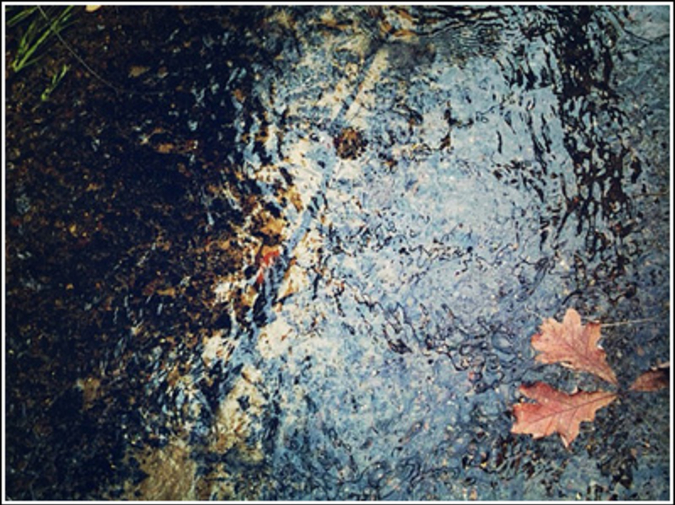 The Four Steps of Standard Plastination

When Lily was born, it was decided she would be the last because the family already had too many children. She was named after her uncle's favorite song 'Lily Malar.' A year later, a runty, ill-tempered girl was born and named Inipothum, which means This Is Enough.

Right before Lily's aunt passed away, she told Lily not to do anything. Don't run like a crazycrazy and tell everyone I'm dead. Do you understand? Do you understand what I'm saying? Lily nodded and watched her aunt's eyes close, though they did not close completely. Then she went to the window and saw a boy called MaoZeTung sitting on a bench.

"Mousie," she called and he looked up.

Lily looked over at her aunt, who was already stiffening on the bed. Then she told Mousie to wait, she was coming.

3. Forced Impregnation in a Vacuum

Inipothum was on an athletics scholarship with a well-known women's college in the city. Lily had a speech impediment and thick strands of hair sprouting from her shoulders and the space between her breasts. She pulled these out with a tweezer and had nightmares about the black pits they left behind.

On the evening before she was scheduled to receive an award for Best Outgoing Student, Inipothum threw herself off a bridge. While her clothing was recovered, her body was never found. Lily thought of her sister lying at the bottom of the river, harboring tiny schools of fish inside her mouth. While thinking of this, she absentmindedly put a pencil in her ear and punctured her eardrum.

After studying Ceramic Engineering in the North, MaoZeTung came back with a scanty beard and his lungs filled with tuberculosis. Whenever he coughed, his face would disappear into his spit bag and his shoulder blades shuddered under his shirt.

During the day, MaoZeTung made kites. In the evening, he flew them on the roof of his house while malnourished children fluttered around his knees. Lily watched this and tugged at the hair between her breasts, though she didn't pull any out.

Just you taste and tell. I don't want you to buy it also madam. Simply you have it. Because you can be thinking, who is this loose fellow giving away this cool drinks on such a hot day like it is his father-in-law's property? Is he a crack? I tell you frankly madam. Money will come and go. If we cannot have some basic helping nature for fellow man, then what is there?

Just let me tell you. Other day one tourist fellow came, so very much upset. He said my cycle is stolen where is police station my cycle is stolen. I said ok, you just sit and tell what happened and you be free. All are your friends only. He said I don't want your friends bloodynonsense. Fully fuckfuck language he was saying- please don't mistake me madam- fully fuckfuck language he was saying also because some blackguard had absconded with his moneypurse and our Indian foods are making him very much upset. Then last night means he saw outside some penguins are stealing his cycle. He said at international level so many places I have traveled. Never in my life like this has occurred. Is it so common in India? I said stealing is common in so many countries. He said why penguins are stealing cycles? Is it a correct way for penguins to behave? I said why for you? Why you want to roam around on cycle thinking this is Goa or Switzerland? India has so many wonderful things like Taj Mahal and many temples. Also many churches and mosques because all religions like one are together here. Why you want to come all the way simply to cycle round and round in mofussil slum area?

Then I gave him this one tumbler, I said you just relax, have this, taste and see. I don't want you to buy also. Simply you have it. He said Indian cool drinks are making him take vomit. I said you please don't afraid. This is not your American PepsiCocaCola. This is hundred years Indian tradition AyurvedaHomoepathySiddhaUnani medicine herbs for lowering heat, cholesterol, blood pressure, mental depression, piles, kidney stones, paralysis and marriage failure. Just you taste and see. If you fall sick I myself will take you to hospital. So he had. Then I called one auto, said take this fellow to bus stand, gave some money from my own pocket also. He said so many days I have been in your country only now God is showing me a true friend. I said all Indians are true friends. Except the thirutturascals who stole your cycle and moneypurse all Indians are true friends only. He said nono, penguins stole my cycle. I said okok you go see Taj Mahal and enjoy.

Why I am saying means, what can we do? If we have two hands and legs means we should also help our fellow man. If you can do so, give him some cool drinks, let him be free. If you can do nothing then you leave it. So only I am saying to you, just you relax, taste and tell madam. I don't want you to buy at all. Just you have it. If afterwards means you really want, bottle is just 375 rupees, bottle return.

Kuzhali Manickavel's debut collection Insects Are Just like You and Me Except Some of Them Have Wings is available from Blaft Publications Pvt. Ltd. and can be found at Powell's Books and Amazon.com. Her work can also be found atSubtropics, Per Contra,anderbo, Quick Fiction, Caketrain, The Cafe Irreal, Annalemma, FRiGG andSmokelong Quarterly. She lives in a small temple town on the coast of South India.