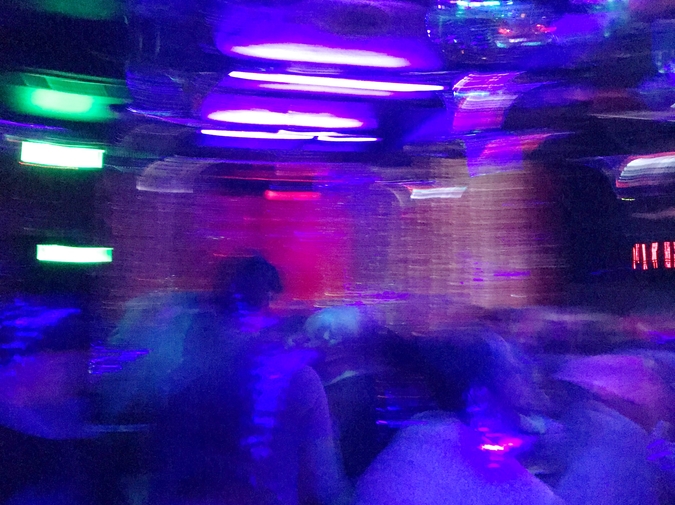 Election Night at the Stud


On the dance floor,
my fingertip traces his infinity tattoo

and I wish more things were uncountable,
although cruelty is also endless.

lip syncs “Let the Sunshine In”
a song I never realized was about heartbreak.

The song’s relentless, sunlit refrain can’t save us.
In a poster over the bar,


Pulling on his jeans, he notices
my nightstand icon of the Virgin,

an open bottle of poppers
at her feet.

There’s something forgettable
about both their faces.

He doesn’t want to know
what omens feel like; angels should

it was something I bought
for later in life.

Against his wishes, I kept the lights on
so I could see ahead into our story.

Christian Gullette is a National Poetry Series finalist and his poems have appeared or are forthcoming in the American Poetry Review, Kenyon Review, New England Review, Pleiades, Smartish Pace, Guesthouse, Cherry Tree, and other journals. He serves as the editor-in-chief of The Cortland Review. He is currently a Lecturer at the University of California, Berkeley.