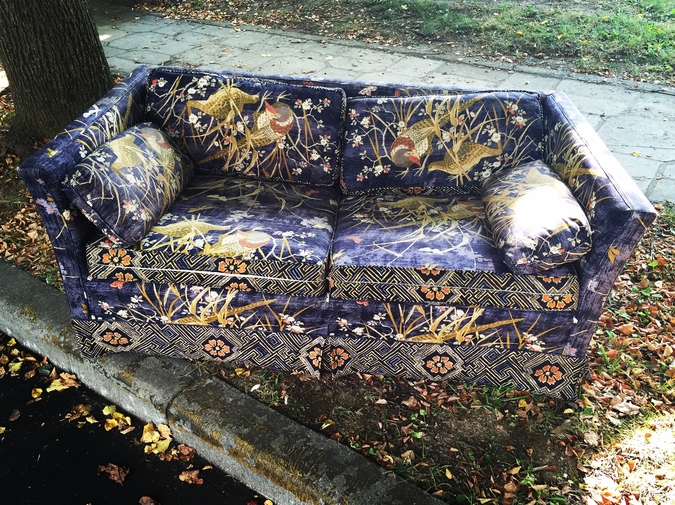 the most impressive thing about the low backed sectional sofa
abandoned on the corner down the street from the little league fields
wasn’t that it would’ve been a better representative
for the fifth district on the city council than kim cook,
each just proposal quietly referred to committee,
but that it held on to its cardboard sign
for months as it was pulled apart
dragged around and tetris-stacked
letting anyone nearby know
it was free

Crow Jonah Norlander lives in Portland, Maine. He tweets often but not too much @crowjonah, and posts occasionally but not enough on his website.