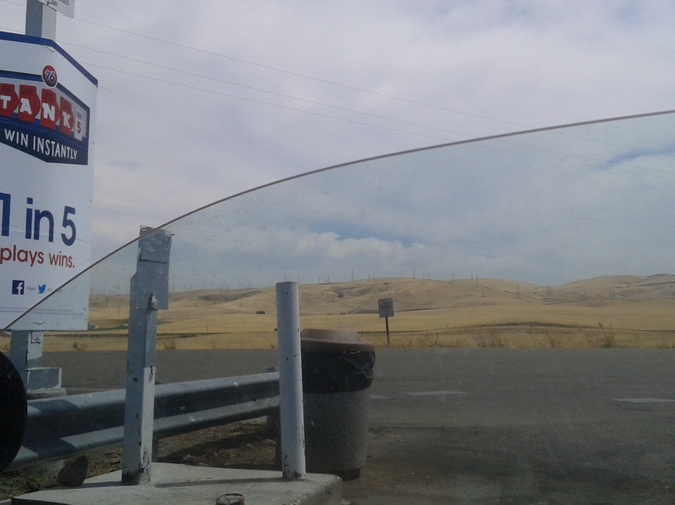 i try too hard to keep broken things held together.
it makes me tired,
like eating only fast food cheeseburgers for four days in a row.

i wrap my strength up
and parcel it away as though
each new day was Christmas.

i am reliable in my emptiness.

a tree changing colors looks like a brain on fire.
a series of consistent and explosive bursts,
the birth of a planet must look like an orchard in autumn.

someone must have magnetized
my mind a long time ago.
it always sounds the same.
maybe I’m supposed to be like this, slow and reliable.

pedal steel’s twang is the sharpness of razor wire,
slicing through my haze of smoke and warm beer.
a cassette tape plays only 8 songs
in the same order every time.
a song is only

vibrations moving slowly through the air
imperceptible except for someone who registers them
in the moments before they elapse.

outer space is not dense enough to hear sound so rejoice!
here on Earth
Zero is exactly zero.
Nothing is empty.
a blank tape contains exactly no information, which
tells the tape head to play silence.

my brain is on fire
so i can tell by the colors
that winter is coming.

The worst part about being a 23 year old virgin is trying to evade the topic of sex.
I am not, by nature, a ‘feelings’ person. I have spent a lot of time trying to seel my feelings into a giant steel cask.
I am, by nature, a private person.
If you knew me, or met me at a party, this would seem false or even contradictory.
You might say “Zara, we can’t get you to stop talking… you tell complete strangers such personal things. Sometimes people actually have to walk away because you talk for so long.”
This is true; silence terrifies me.

Talking is not the same as feeling.
Talking is like painting over a wall which has the truth written on it in bold, fat letters.
Talking is adding trees and grass and families and barbecues to what is actually a flat patch of dirt.

The point of being good at talking is camouflage, illusion,
The relationship between predator and prey.
I am a magician; having emotionally abusive parents has made me the Criss Angel of words.
I don’t consider this lying. It’s more like biology.
Words are my evolutionary adaptation, the dazzling distraction I employ to protect my soft underbelly.

It’s like a war; you can’t outrun a parent,
but they’re easy to trick,
Cry tears as though the glacier inside you is melting,
even though your interior is in fact Siberia, snowy and endless.

Sex seems to me like rolling on your back and offering “here, these are my organs and don’t they look delicious?”
Underbellies are prime real estate in my carnivorous family.

I have been out since I was 14 years old,
boldly declaring myself gay, queer, a fag, at the respective fashionable times.
I have written presentations, won grants, traveled the country.
I have spoken in front of city councils, full auditoriums, graduate classes, on a video watched by tens thousands people.

This is perhaps the single greatest trick.
I am an old gay virgin- a unicorn, the Loch Ness Monster, Santa Claus, something which simply does not exist in this world.

I think I love girls too much to fake sex.
I have told no one how girls make my brain freeze.
How a waft of perfume pulls the plug on my supercomputer brain.
I tell no one how long, shiny hair makes my heart beat heavy metal drums.
I let people believe that I don’t want to have sex, because it is a genius way to conceal that I have wanted to have sex with girls for eight years.

If I had sex with a girl who didn’t care about me I would collapse,
a mummy unspooled to one long, tattered bandage.
each night, I trace my own hips. in the dark,
I am strange to myself.

Trying to explain to
someone who loves you
that they are hurting you,
(and should not be.)
having them say
I must hurt you,
because I love you
is fighting with Bugs Bunny.

I am a Scooby Doo villain, haunting my own mansion,
hoping someone brave will uncover me in the library:
“Why, you’re not scary at all! You are only a girl.”

Zara Sedore-Mallin has no degrees and has never been published before except in her secret internet diary. She lives and works in Seattle, WA.