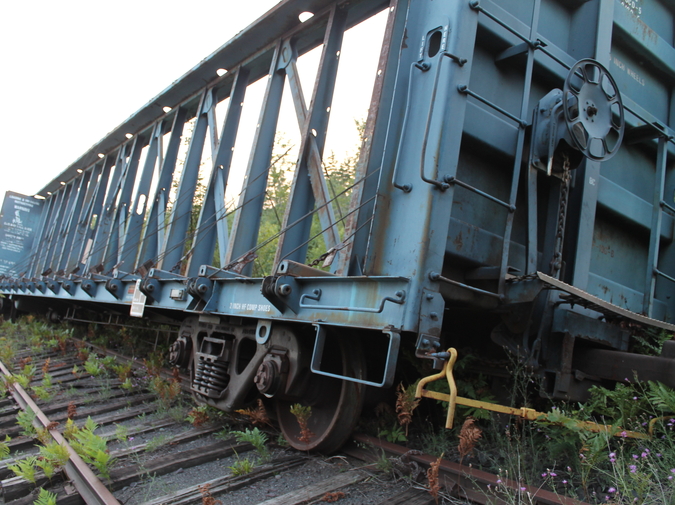 I sold everything and took to the streets. I met a man who’d also sold everything.
There was something I didn’t like about him. He looked hungry. Not for food,
but for me. Like I was meant to do something. Like I was important.
We walked alongside one another for what seemed like forever.
Our fingernails became embarrassing and we grew considerably
more hair. Eventually we reached the edge of forever. We were mugged,
of course, but the man who’d also sold everything refused to empty his pockets.
Just turn them inside out, I said, but the mugger fired. I caught the bullet
with my hand. Then the man who’d also sold everything caught the bullet
with his chest. The mugger panicked, ran, and the man who’d also sold everything
died there at the edge of forever and I was alone. So I turned back. I went home.
You were very sad to see me in this state, but you weren’t surprised
things hadn’t gone as I’d expected. I had told you I knew what I was doing.
I was excited and confident and assured. Like I might even have been the savior
of all who’d sold everything. We went to the mugger’s house and I talked
to his parents. You kicked at the crabgrass behind us. We hadn’t had anything
on us. We were two men who’d sold everything. So there was nothing
the mugger’s parents could force him to return. Instead, they contributed to a
memorial service for the man who’d also sold everything. Nobody unofficial came
but the five of us. There were blackbirds too. And little brown ones.
The mugger didn’t want to be there, and neither did you. The mugger’s parents
looked very sad, like they had never been any other way. No one was saying anything
so I made a speech. No people are my people. I am without a means of saving anyone.
It was quiet after that, just birds picking at the sod and looking up. Then you were
all moths. The buried man, a broom in a broom closet. Me, just a toe in the grass.

I only think to ask you about dying because I saw the reflected light
as something else. I can tell you would say to carve this new strange light into trains
crossing slow and close enough to shake the dead dusty moths
on the ledge of my window. Powdery gray bodies
popping up and down like grasshoppers or fireworks.
Or you would say to shape the strange light into the hollow
of an abandoned grain bin occupied by boys who know
no better than to throw rocks at the curved steel walls
and each other, to run circles until night
hunches its head into the entryway.


But the reflected light is only sunlight, strange as it may look
bent across some plain thing in our living room.
When it fades, insects find their way in through the hole
in the screen. Kids are lighting fireworks in the street,
burning their hands firing curses
and roman candles at one another. You, me,
we’ve only seen the inside of a grain bin once,
in a movie starring Harrison Ford. The man in the bin
was skinned by cascading seeds and buried alive.
We didn’t finish that movie, though it was all but over.
You told me about a paralyzing fear of death
you didn’t like to talk about.

These poems are from Kate Jury Denton Texas, a work written collaboratively by Ben Clark and Colin Winnette. Clark is the author of Reasons to Leave the Slaughter (Write Bloody 2011). Winnette is the author of Revelation (Mutable Sound 2011), Animal Collection (Spork Press 2012), and A Long Line of Diggers: Two Novellas (forthcoming Atticus Books 2013). Links to more work can be found on their websites: www.benclarkpoetry.com and www.colinwinnette.com or colinwinnette.tumblr.com.