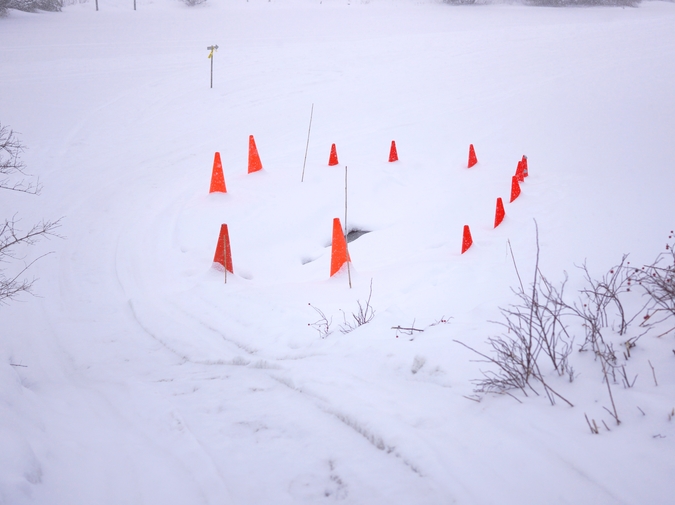 and kisses me among
Millennium Park’s ice sculptures,

gently to the dark sky;

when one night later
a kind man, his genius future

before him, does the same
while we wait for the L—

I am waiting for winter to end.

Dear rare and only season
where I am wanted by many:

what the heart needed

was for the cold winds to whip
off the lake forever. What it wanted

the stars through itself.
If you placed your hands against it,

it would not thaw.

He’s called the rat king because of the actual rats
that hang from his shoulders like epaulets.

And on this blizzarding night,
he saunters through the door,
brushes the snow from his hat.

It falls first in sweet, wet clumps.
And then the wind turns sideways,
the white wall inching up the threshold.

Roads shut down.
The trucks hitch up
their plows like soldiers.

Some trudge
home, others stay. You pull
out the pillows, the blankets.

What time is it,
what point in the night,

that you wake to the sheets
at your waist, a hand.

That you leave your own bed and walk
into the coldest night of the year,

become a ballerina leaping through
the doll’s world winter after winter.

The rats grow in number,
double through the spring
until there is only rat,

until there is no king,
and he is only many
squealing creatures bound
by their tails, ripping
at the knots.

Kara Krewer grew up on an orchard in rural Georgia. She holds an MFA from Purdue University, and her poems have appeared in The Georgia Review, Prairie Schooner, The Journal, RHINO, and elsewhere. She is currently a Wallace Stegner Fellow at Stanford University and lives in Santa Clara, California.