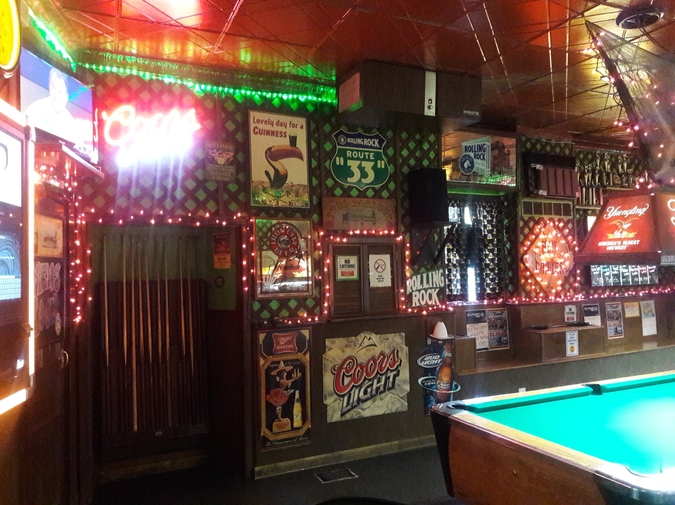 The first time I was shot I was fifteen and I deserved it. I broke into a run-down lurch, an ancient moonshiners' abandoned cabin in the forest. Children do these things, in fact, an anthropologist would likely say, they must—wild oats and what have you. If not done under the supervision of adolescence then there is no doubt that during a midlife crisis one may think they should have been more violent or curious as a child and may purchase a fast, Italian motorcycle and flash their flaccid dick and treat young, fragile lovers with disrespect and little patience. My small cohort of friends: Miles, Milky, Resh and his sister Etch had scouted the house, sure that it was deserted. We planned a sleepover, playing Ouiji boards and concoctions. I was the most apprehensive, but so as not to lose face in Etch’s eyes (who of course I loved, she was my very first infatuation—her sunburnt eyes, her confidence) I burst through the door, and there was the devil, rocking back and forth in smoke, his eyes manned by two railway furnaces, brightly racing, screeching out my name. He stood, I turned, he shot, I fell, I stood, we ran. The bullet barely grazed me as I tumbled forth. Etch held my hand once we were no longer being tracked by the howling fiend. We piled into Milky’s car and headed to McDonalds.

The second time I was shot was nearly deadly at a bar adjacent to the pier, shot by a Rorschach-looking man, the type of man whose eyes grow glossy as the night settles and his cheeks droop and their ruddy, childish glow turns to a stark, steely menace. Rupert was his name, a friend. Was a friend, that is, until he tried to kill me, first with a knife, then a broken pool stick and then a compact Beretta he bragged about to all the girls. We had met washing dishes in an old dilapidated diner at the corner where the two coffeeshops and the ancient cobbler are, you know the one, just east of the overpass, a few miles shy of the city’s limits. This diner, world famous for its patty melt, was a refuge for men like us who always spent their money faster than they made it. Rupert, a handsome devil with strong shoulders and pencilly little legs, the kind of man always doing bicep curls and reading books with titles like: Interpreting the End, Interrupting your Dreams, How to: Make Sense of Death, How to: Die Quickly. Things like that. A man in search of something easy that’ll last a lifetime. A man I learned not to trust, even if he’ll buy you drinks and tell women at the bar that you were in a war that happened light years before your birth. The night I lost the top half of my left ear and got this sideways scar across my abdomen started like most. We finished washing dishes and he smoked two cigarettes and we walked the edge of the pier to pee and talk about our ambitions and lost lovers, then we made it to his favorite drinking hole, The Smell Good. If it were a Friday night there was always bound to be a fight and alas, it was Friday, and to make matters worse, the moon was full, and soon Rupert was full of villainy, like a volcano that man, clear lava bustled in him until it burst, first with homophobic epithets and then with his hooves and claws. He was a bastard, Rupert, but dishwashing makes for strange bedfellows.

I admired him, it’s awful. He talked about women in a kind, gentle, old fashioned way, the type though, that if you really considered what he was saying you’d start to feel empty. Maybe how your grandfather talked, maybe not, but likely. There was no mystery to Rupert, you put in the medicine and you got the medicine man, you talked with him long enough and he’d call you brother. A simple man.

Nearing last call he was a belligerent mess and I stopped him from biting the ear of a Marine’s newly pregnant wife. I said, it’s not worth it, Rupi, don’t you see, her husband is an oiled tank. So we’ll drink, he said and ordered a round with money he didn’t have on credit he hadn’t earned. Rupert was a sad man—some trauma had molded him, some trauma churned the bile. The fight broke out with a dare. You wouldn’t dare it, said a pinkish man, and Rupert, he dared it and flung a chair at the man’s face. Eruption, cosmic unfurling in the bar, chandeliers collapsing, bottles hurled and elk horns yanked off the wall made men fencers in their inebriation. Blood and all form of human perspirations made the floor slick and we all slid around as we tracked our enemies. Rupert pulled his knife and time was punctured and all I could see was the shimmering of its blade, as if the full moon had burst into existence in his ragged palm. He made shapes with it in the air and tracers of its light made out words and he charged the Marine. I scrambled to hold him off, but he was elsewhere. His eyes, a long distance phone call on a pay phone, ring-ringing to Mars. It’s me, I said, and me is dead, he replied and swung Zorro-like at my guts—up and back and over, out and in and under. A slash landed and my essence made the floor more slick. For a moment he returned, and cried in my direction, spring-time tears fell. He pulled his gun and pointed at me in apology. I didn’t mean it, he gasped, I’m lost, ole pal. And the rest is a memory not worth repeating. I woke up the next day with half an ear and one less friend, is all.

Michael Farfel lives and writes out of Salt Lake City, Utah. His work has been published in a number of wonderful literary journals, all of which can be found on his website, MichaelFarfel.com. He also has a novel coming out this year (2021) with Montag Press. Find him on twitter @onebillionmikes.