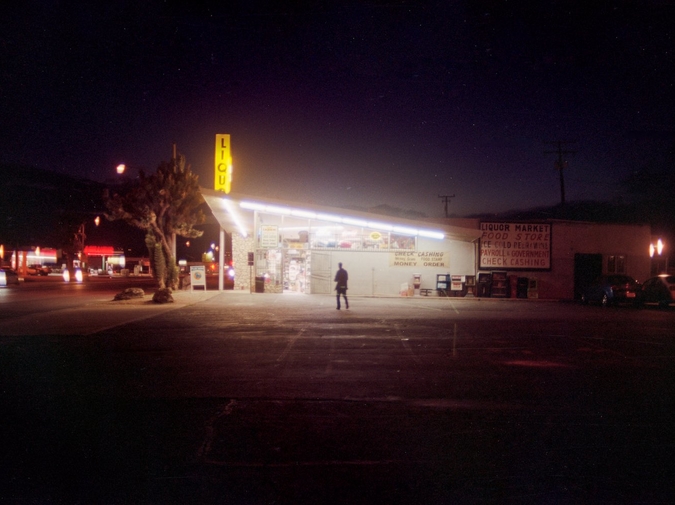 1.  My ex-boyfriend got engaged to a girl less than a year after he broke up with me.  We had dinner with her once.  She was a family friend.  She wore hoop earrings and looked like a worst-case scenario Mila Kunis.  I hated her but I didn't know why yet.

2.  You brought a graffiti stencil of my face to my first apartment in Westwood.  My mom hated you but you came over anyway to help us set up.  We ate at California pizza kitchen and you told my mom and I to stop talking and eat our food.

3.  A psychic at Nordstrom Rack told me to quit my teaching job.  I didn't listen to her until four months later, but she told me I looked sad and that she liked my hair.  The blonde looked good on me.  She wanted to know who my colorist was.

4.  You made me pay for my birthday dinner because times were tough.  We went back to my place and took ecstasy that I scored on New Years eve, drugs that I told you I paid for, but really, they were free.

5.  My dealer moved to Tahoe to be a ski instructor.  Not a lot of snow that year, so he came back and tried to call me a bunch, but I joined a dispensary and didn't need him anymore.  I also didn't like the way he kicked in his sleep.

6.  You told me if I kept yelling the police would come.  When you left, I sat on the couch in front of the TV for some time, smoked a cigarette on the balcony overlooking the cars in the garage, then went to sleep and vowed to never speak to you again.  You came over at six in the morning and I let you in and we made love.  You took me to the movies after because there was nothing else to do.

7.  I knew he didn't love me when he’d rather hang out on the stoop with some kid from Idaho than kiss me, rock me gently to sleep, talk to me all night like we used to.  I waited in bed with socks on and my arms crossed, but he was just out there on the steps smoking cigarette after cigarette until he got the courage to tell me to go.

8.  You said if you won the next round of Scategories that I had to kiss you, and that if I won, you had to kiss me.  I played along and even laughed a little but in the end I couldn't kiss you because I was so depressed and we had been through so much.  Don’t you see how much it hurt?

9.  I drove behind my mom’s car, the silverware balancing on boxes in the passenger seat.  I wished a knife would cut my throat, end it all, joked about that later.  It only took one trip, both my mom and I driving, to get all my stuff out of that apartment.  You came home to empty closets, a book I gave you two years ago on your desk, only a wooden spoon in the kitchen sink.

10.  You told me when your parents fought you had to hide your siblings upstairs in your room.  You said you kept them happy when things were bad at home.  You explained that’s why you didn't like it when I raised my voice.  It made you nervous.  It reminded you of the way they used to yell and scream.

11.  I saw him after my therapy session with Beth.  I was feeling pretty good so I went to his halfway house to fuck him and hang out and after we had sex he asked if I could take him to Chipotle and even though I wasn’t hungry I drove us there and bought us lunch, late lunch.  His bathroom didn't have any toilet paper.  The house manager used to call me Giggles.

12.  You used to instant message me while I was at work in Brentwood.  You were in the office and I was at Stacy’s house helping her pitch emails and make calls.  I hated it there, but I looked forward to your messages, the ones where you asked if I was having a good day and I’d say yes, then you asking if you could come over later.  You liked my place, you liked the sandwiches I made you for work, you liked having sex in the morning.

13.  I pretended to be asleep while he was on the phone with some girl’s mom in Port St. Lucie.  Her daughter was on heroin and he was trying to tell the mom that he had to come get her tonight or else it wouldn’t work.  He told her mom that the Lord worked through him and that she had to leave today, soon, to pack her bags for her, that there would be someone who could get her magazines and cigarettes, if she wanted.

14.  You told me to call out sick so I did.  I met you in Venice and we went to the beach.  You put your arms around me and told me you loved me forever and ever.  You made me dinner, steak and potatoes, and we watched a movie.  Your bed was on the floor and you had a pair of my underwear on your shelf.  I loved you so much I could have died back then.

15.  I used to come watch him play softball at the field on Spanish River.  I wore little shorts and crop tops and linked my fingers through the fence.  Sometimes I brought him Gatorade.  Other times I drank iced coffee and it dripped on my legs.  I pretended not to mind the bugs that bit me, all over my arms, my back, my thighs.

16.  You called me from Virginia and we talked late into the night.  You said you thought maybe things could work, in a few years, someday.  I was the only one you ever really loved; she just filled the space.  You played me a song on the guitar and I said I had to go and you argued with me over it and I hung up and cried myself to sleep.

17.  He took me camping for the weekend in the Keys.  I didn't really want to go, but I didn't want to be home either.  We drank coffee in the morning from the store and it was bad but he asked me why I was so afraid and I told him about what happened, how all the trust went out the window, and how I just wanted to love again and be loved and be safe and okay and happy and feel nice.  He listened and that’s all I could ask for then.

18.  You told me you weren’t coming to Bloomington in an email that I read when I got to work, two days before your arrival.  I went to the back room and slammed my fist on the wall.  Carol came in and asked me if I was okay.  I told her what happened and she said you were like a red sock, turning my white world pink.

19.  I drove to Miami to see him because he was on house arrest and couldn’t leave after dark.  We watched LOVE on Netflix and played trivia games about ancient Rome.  He told me it might work better once he got off probation, in four months, if I could wait.  He told me he wanted to see the world and find a nice girl to settle down with, eventually.  He told me to leave him alone after a while and I didn't blame him because I was really serious and fast and wanted a lot from everyone, expected so much.

20.  You stopped calling after I stopped answering.  You left me a message where you laughed in the middle at your own joke and I remembered New Years Eve when we walked to the beach and sat on a blanket.  You told me you thought your life was so boring that you couldn’t talk to your old friends anymore.  You said you had to make up stories or make things sound interesting to feel important, to feel good.  I thought about the love we had and where it went and where it would go when I would finally leave.

Brittany Ackerman is a writer from Riverdale, New York.  She earned her BA in English from Indiana University and graduated from Florida Atlantic University’s MFA program in Creative Writing.  She teaches Critical Studies at AMDA College and Conservatory of the Performing Arts in Hollywood, CA.  She was the 2017 Nonfiction Award Winner for Red Hen Press, as well as the AWP Intro Journals Project Award Nominee in 2015.  Her work has been featured in The Flexible Persona, trampset, Queen Mob’s Tea House, No Tokens, and more.  She currently lives in Los Angeles, California, with her forthcoming collection of essays entitled The Perpetual Motion Machine to be released by Red Hen Press in November of 2018.