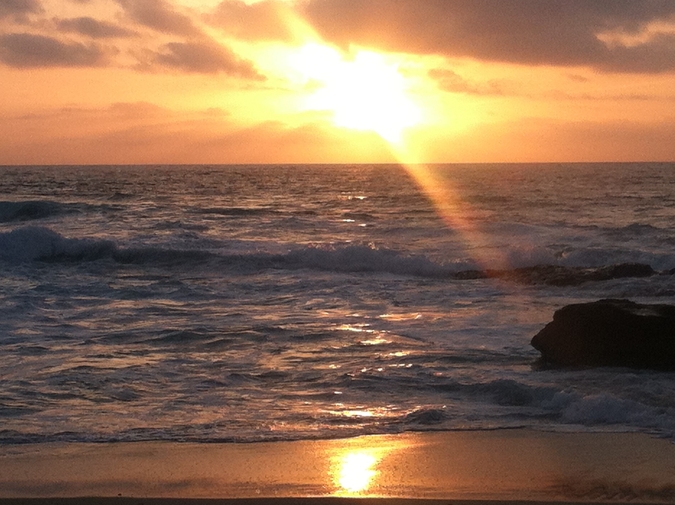 After I turned thirty-five, the age of forty circled me like a shark. My dread of it intensified with each passing year. On my thirty-eighth birthday, I braced myself. The movement in the water had become rapid. Thinking ahead to thirty-nine, I closed my eyes and gulped.

Forty threatened me for a combination of reasons. The bite resided less in the actual number than in what I’d hoped to achieve in relation to that number: I had long aspired to be a mother and a published writer. The first ambition was fulfilled; I enjoyed two healthy, noisy, blue-eyed children, a girl and a boy. But the second goal kept eluding my reach, partially because of my devotion to the first. With my time and daily tank of brain fuel consumed by full-time motherhood, I hadn’t taken flight in writer-hood. I sometimes needed an entire season to complete an essay, and the following season the essay would be rejected. It was a frustrating, depressing pattern. In my late thirties, I still hadn’t become who I wanted to be when I grew up.

Also, I could see myself aging. For every gray hair I plucked, its five angry relatives appeared to spite me. Worse, these hairs were not truly gray. They gleamed silver, precisely like the hair of my late ninety-two-year-old grandfather.

Besides the impending birthday, I felt stuck in an endless loop of school drop-offs and pick-ups, grocery shopping, clearing of dishes and toys, refereeing of sibling fights. I ached for variety: I wanted to travel. Or perhaps screen movies for film festivals, if I could fit that between pairing socks and guiding my daughter in her math homework. I wondered if I would perform well on a game show. Ballroom dancing, maybe? I needed a change. Something. Anything.

On the day before Thanksgiving, I was scheduled for a mammogram at 7:30 a.m. With no back-up of patients at that hour, I expected to be in and out and then join my family to see the Macy’s parade balloon inflation, which took place in our New York neighborhood. Every year, we delighted in seeing the giant character balloons take shape. Adding to the festivities, large illuminated snowflakes appeared high on the lampposts along Columbus Avenue. I always loved Thanksgiving in New York City.

While the radiologist reviewed my mammogram images, I sat in the waiting room reading a magazine. My stomach grumbled. I hadn’t eaten breakfast. A few magazine articles later, a technician summoned me to the screening room again: Breast in vise. Hold breath. Squeeze. Release. Back in the waiting area, the collection of women in pinstripe robes was growing. Drinking water, I daydreamed about a warm breakfast sandwich. A third time, I heard my name; the radiologist requested more images. Sometime after exhausting another magazine, I learned that I needed a biopsy, which would be performed that morning. I called my husband, telling him to go ahead with the kids to the balloon event. I would be okay. Really.

I had a keen fear of surgical procedures, which resulted from a painful experience during a C-section. But that happened long ago. I’d be fine. Today’s procedure was minor. After the final wait, I entered a small room with a bed and a tray of sharp steel instruments. Mind over matter. I did not cry. I fought the urge with all my might.

As I headed home, four hours after having arrived and with an icepack on my sore right breast, my husband phoned to say that I had missed a call at home which I needed to return. Still traumatized, I was irked both by his buoyant tone and his claim that something demanded my immediate attention. But he persisted: I had to grant permission to the editor of Motherlode, the online parenting column of The New York Times, to publish—that very day—the personal essay I had submitted. I was incredulous. The essay had been rejected by two magazines. This was it: My big break. In The New York flippin’ Times!

The hour’s head-on collision of fear and joy overwhelmed me. Sobbing, cell phone pressed to my ear, I could not cross the street toward the subway. Paralyzed in the cold, I stood trembling, caught in a quake that emanated from the inside, from my epicenter of emotion.

In the ensuing weeks, I found the mid-life excitement I had craved: The results of my biopsy, and the ones that followed, were not good. In February, I underwent a bilateral mastectomy.

During my recovery, going to the grocery store and picking up my daughter in the crowded school yard—anxious that someone might bump into me—became accomplishments that I was proud of. I discovered things worse than hitting forty, such as having my young son ask for a hug, which I couldn’t deliver.

On a sunny May fourth, I turned thirty-nine. Not since childhood had I been so happy on my birthday. All day long, I was on a cloud. With an excellent prognosis, I felt as if I had just unveiled my life, my beautiful, delicate life.

Along with my breasts, my perspective was demolished and reconstructed. The shark in the water vanished. Forty became merely a wave of the ocean, which splashed against me, receded, and thankfully, has kept ushering in one wave after another—some weak, others disturbing my balance—each adding movement to the whole. Eyes open, I welcome every rush against my body for as long as my legs will keep me standing.

Larissa Kosmos’s writing has appeared in The New York Times, The Washington Post, The Chicago Tribune, Women’s Health, Real Simple, Cleveland Magazine, on Babble, Full Grown People, and elsewhere. She lives in Cleveland, where she works as a writing consultant at Cuyahoga Community College.  Check out more of her work at www.larissakosmos.com