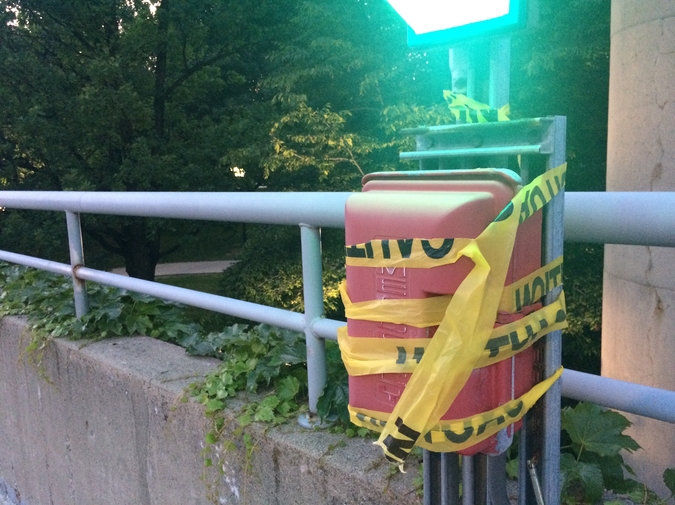 There's a coalition going on here. You're gonna hear some knocks on the door. Don't freak out, we don't like that. The bathroom's in the back. We work a 37 hour clock so strap in you feel me.  I got honeys rollin through everyday... be chill or get a day job. I mean, yo I got a day job and I slang, but you can't be me I'm ballin. The corner is beast mob. Motherfuckn philosophy majors in these streets. Let’s get it.

No one understands the struggle tho. I mean they grindin—everyone is grindin, but the struggle... watch Crooklyn. Word of the day is tangential.

So, ya man is lookin to collect quick: this includes kickin down doors, bats, scary stuff. One never intends to do nutso shit, nutso shit just happens. People lose their mind out the blue.

There was a kid who lived across the street. He played in the yard then we wouldn't see him for a few weeks. He was home school'd I guess. Tangential. Yo whatever man sometimes you gotta be on that other shit.

The science teacher starts talkin about fractals. So the homie shouts You aint the math teacher muhfucka. We all start dyin. Jerome has to go say some deep shit like we all started dyin a long time ago. That other shit. Most days we don't give a fuck.

Yo, my girl is super fly.

No, no my girl is stupid fine.

We debate who can get it.

Know how the stove burns. Convex vs gas dummy. Overcooking product is the Pac-man of profit margins. We left the amateur shit in alphabet class homie, get real. Know who comes around and who doesn't.

The girl I dated in high school swings by with her girlfriends and we reconnect. Two days later I hear the police want to talk to me. Later that night the girl and I road trip for the first time to New Orleans. She loves the Mississippi river. It's dirty as fuck but she loves it. We stop by Bubba Gumps in the French Quarter and order mad jambalaya and seafood buckets. Over crabs she tells me her middle name is a type of fruit. Stranger things have happened. Like when her sister came through to shake the box up. No one had even seen her in more than ten years. Everyone exaggerates so it's closer to seven, subtract a point five if you want to, shit. Never could figure out what she had planned exactly. My cousin says people like that plan on the minimum. They take note of the fire exits to set the fire, in other words. That was the discussion mostly at Bubba's, the crazy ones.

Back on the corner they really talkin But yo Pokémon conventions ain't gangsta they super-gangsta. Huggin the block has got so much fuckin downtime.... fathom lettin fiends trade Pokémon cards for rock or amphetamines. Shit gets real real quick. People think its supply and demand. It’s all fuckin demand man.

I apply for a telemarketing job and under street name I put Holy Ghost, please save the Holy. I'm playin the long game, don't get it twisted I love short money. The long game though.... I can't take someone by the hand and show them this is it, a Bell company difference engine, here take it. Things don't work like that homie.

Peep game      Promoting drug use is bad insofar one's predisposition to certain environmental variables. So, I'm smoking a blunt and ya man is just doin his thing, not bothering nobody, like unfuckwitable. But she had to do what she do when she in New Orleans actin all ratchet'n shit tellin the birds bout our business. Got the police askin how high can I jump I'm askin how ugly they mom is. This shit ain't chess it’s Sorry.

.38 special thermodynamics. Entropy out the end of a barrel look out. This paper bag ain't for my lunch, boss. Customary to tell em to get down, we call that the James Brown. The police detectives said to stop comingling. In quantum terms that is not possible. It ain't up for debate.

I graduate community college and go right back to the kitchen, cooking up rock for the ghouls. What it is what it is. We make do. Okay check this out, I'm on my Bill Simmons Russell Gates swag, That's the illusion I'm selling, I ain't stupid, none of them sold rock I don't think.

We at the state line gettin turnt up.

Stuntin at the golden nugget, we in Vegas gettin turnt up.

Flexin at the Lexor bro.

We just gettin turnt up.

Destiny's Child third album track # 1 she plays as if I don't already know what’s up. She just wants me to remind her she's a queen so I play Coming to America, and we're okay for a few more years.

But it doesn't last. I get popped on a distribution charge and go in for a while. I don't see a judge for 20 days. Yo, the food was, I can't even. She puts up bail and tells me straight up she can't do it anymore either. I scratch my ankle on home arrest. I scratch and sniff two books in a row thinking, my god what am I doing with my life.

Off jump, one can correlate finding a legit job with being a drug addict. How I feel yo, built into capitalism is a bed of debt. The problem is when the deficit's like whoa. The domestic economy makes a reduction in dollar value. The streets dry up. All that opportunity out there. Yo I can't let my guard down for one second. It's no joke.

Also, it's kind of hard sometimes; help is rare in this bitch. And use correct punctuation, like, damn. I quit the game'n I'm still at school. Come on buddy, we are hardly fooled. I'm away from the streets, but the streets keep callin. Most things go under some sort of change. On the biological level even, there's massive turnover, so, correlate that to the hustle­­ my dude, dime a dozen. Let’s get it.