Toss of the Dice 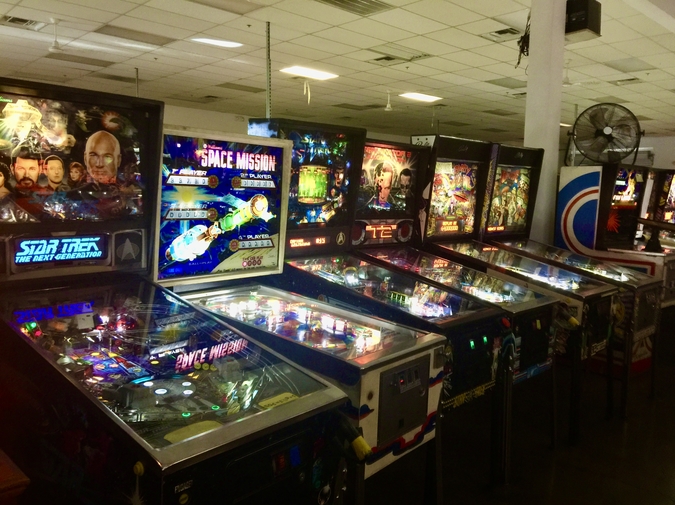 On New Year’s Eve I decided to get off the couch. I put on a cute top and jeans and my massive fur boots because I was always cold. I went across the street to the only bar I went to because it was across the street. I didn’t expect it to be that crowded because it was the bay area and now you had the tech bros invading Oakland so you’d think they would want fancy dinners and some kind of thing you’d buy a ticket to. It wasn’t crowded. Just some of the usual barflies dotted down the counter. I sat on a stool closer to the door. The young kid served me, the one with the bunny tattoo who made out with my friend in her 50’s. It was early so I had a Greyhound. I watched this older man toss dice onto the bar, some kind of card game he was playing with a really young blonde who wasn’t paying attention. One or two drinks later, the bar was so crowded that someone accidentally bumped into my shoulder. I looked over and it was this guy who looked like a teacher who turned out to be a teacher. I wasn’t attracted to him at all but I was single and alone on New Year’s so I listened to him go on and on about birdwatching. I thought it was a joke at first, but it wasn’t. I thought about getting up and talking to anyone else but I was tired and those boots were really heavy, heavier with the drinks. He was nice, whatever that means because I had lost the thread of what that meant by then. I decided the best thing to do was to keep drinking so I went right ahead.

He was still hanging around me closer to midnight and the good thing was that so were a group of his friends so it was kind of fun, or better than being alone, but only a little bit better. Then the teacher guy starts talking about coke and I’m surprised because I’m a teacher and usually teachers act like teachers until they know you aren’t a teacher like a teacher is supposed to be. That would ramp up the night, I think and wait for him to hand me something. No one else in the bar is being discreet about it because it’s New Year’s but I figured that’s how he would go about it. Instead he talks about cigarettes and gets me outside and it’s raining. The coke is in his apartment, he says. Yeah, but I live over here, I say. He’s smart so he waits. Pretty soon it’s the two of us in an Uber heading to Chinatown and he’s acting like his building is really fancy. He says everyone is Chinese and I’m not sure what to say because he’s Chinese so I go oh. Up the elevator and I take my shoes off and it seems like he is embarrassed, like he thinks I’m doing that because he’s Asian but I do that at my own house. Then a tin or some little box comes out and we do a few. He’s turning up some kind of surfer music and giving me the run down on the band. They are from San Pedro. Then there are the bird photos he took and my heart is beating. We are far from the little tin on the kitchen counter. I’m trying to figure out if there is speed in it even though there is always speed in it. He wants to smoke more and that’s when the cigarette makes me almost puke right onto the fancy carpet in the hallway coming back in from the rooftop. He can tell I’m not making it up but I don’t care what he thinks, so I order an Uber and it takes forever and the guy is behind me, still talking, and there’s the car and there’s the guy behind me and I turn to say goodbye and he wants to kiss me and the puke feeling and I turn and run to the car because it’s raining and it’s New Year’s and I hate myself for all of it.

When I get into the car, there are two people in the front like a mommy and a daddy. The mommy is driving and she is older and sweet and the daddy is laughing at me. I can’t see him but I can tell he’s younger and then I get that I ordered a shared car. He starts saying I ran away from my boyfriend only I can’t understand him because he has an accent only I call it an accident and he’s laughing again. I think I nail it when I say he is from New Zealand but it’s just plain Australia. Say squirrel, I say. Then the long rural of squirrel and the driver is laughing too. The Australian finally turns around and it’s like we are brother and sister, dark features and big hair. Jesus, you are beautiful, he says in Australian. That wasn’t your boyfriend? God no, I say. That guy is a birder. He says he needs to get my information and I start just saying my phone number and he says he’s sure he’ll see me on one of the apps. Apps? I stare at the window and he’s the first to get dropped off and he gets out of the car and he’s huge with a cast on one arm and a little leftovers box but he knocks on my window. Good God, you are beautiful. Thanks, I say. Can I just have your number? So I give it to him again and he’s pretend clutching his heart and blowing me kisses as the driver drives away. He drops his box and fried chicken dances onto the sidewalk. Do you think that guy is okay, I ask the driver. He is just injured, she says. I sat there wondering how she knew that and then I realized she meant his arm.

Our first date is in the pouring rain. I drive to meet him at A14 or some letter-number combo that translates to overpriced. I am nervous in the car because I chemically relax my hair and it’s raining and my edges are starting to puff up. I get my big umbrella and start walking toward the restaurant and he is standing there with his hands in his pockets, getting rained on. He walks toward me and we are on the sidewalk face to face and he just kisses me under the umbrella like he can and so he does. I think about how it’s too cinematic, how I was just running away from a birder in a bright apartment lobby hopped up on coke and a few days later, a whole new year brings this. I close my eyes and see the quick wrist of that man throwing dice onto the bar. I open my eyes to find out my odds.

This is T. Abeyta's first publication.