To Her Next Boyfriend 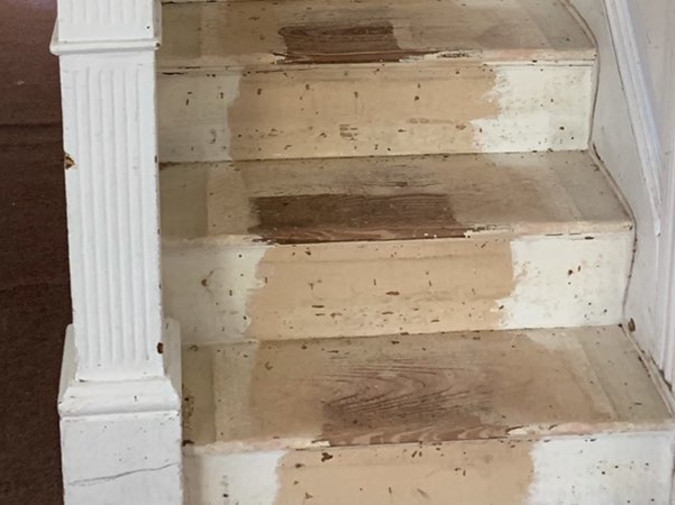 To her next boyfriend, you are about to meet a person who will teach you love. Who will redefine happiness for you. Who will make the saddest days full of light.

She has taught me what the nature of true love is. Perfect love, I can call it now. You may think you know love, from a relationship you’ve had in the past. Maybe from your mother.

That love is grotesque in comparison to what she will give you. It is foul. To think of that love in the same vein as the love she will give you is like comparing shit to the greatest work of art—a tiny, constipated coil drying up under the heat of a twenty-two-foot Titian.

I find myself never without words to describe her love, but they are ugly and imprecise. Her love is beyond words.

We met at a busy café. I was still seeing Christine at the time. Christine and I were waiting for her younger sister’s train to arrive, sipping Italian sodas as she ran over their weekend plans with me. Christine was sweaty, and her hair stuck to the sides of her face. I must have smiled—it was always cute how on even a cold day in February, she managed to be slicked in sweat.

My love sat down at the table next to us. I did not notice her at first, which feels wretched to say. How could I not have noticed such a perfect creature?

Christine had moved onto describing the exhibits she wanted her sister to see, hesitating as she described some designer that would be on display. She paused. Then she asked, whispering in a tone I have now come to see as hateful, “Why is that girl staring at us?”

I turned and met that girl’s brown eyes.

I stared back, openly and hideously. At first I was embarrassed to be caught, and felt the urge to jolt my head back. But the urge didn’t meet my muscles. I felt numb. I felt limp. I felt that I had to stare.

Christine was starting to blush. “Stop it,” I could hear her hiss. The hiss floated around the outside of my head, trying to penetrate to the inside, trying to work the levers in my head that would get me to look away.

Christine’s phone rang. She answered it, and her sister was on the other end, asking where we were. I no longer was certain of that detail.

My love dropped her head and stood up, storming out of the café. She slammed the door hard enough behind her that the cups and bottles of other customers wobbled and clattered.

I was still looking into those eyes when I broke up with Christine later that night. I saw the eyes in my dreams as I slept soundly in my emptied apartment. I nearly wept when I met them once again on the way to my call center job the next morning, as she found me on the subway.

She has been my everything since. My love, my support, my queen. I find myself moved to grand gestures out of black-and-white movies. I brought a dozen roses to our first date. I cried the first time we made love.

Made love. The expression feels misshapen and clunky in my mind, but right for her. I can’t explain it.

To her next boyfriend, she will make all of your wrongs right.

There are days where I skip work. Months where I do not call my family. She is my religion. I attend services at her church at all hours of the day. I left my apartment two months ago and have not been back. It’s strange, there are many things there I might have otherwise missed. She completes me now.

I am writing this to you, her next boyfriend, because there are things I have realized. Inconsistencies. They do not make me unhappy. I am never unhappy anymore. There are times where I should be unhappy, but I cannot bring myself to be anything but shaking with overwhelming joy when I look into her eyes.

She has a small door at the back of her closet that she won’t let me near. On the third or fourth straight day in bed, she got up to change. She was vicious in bed, which compelled me to satisfy her. I was light-headed, and my lips were dry as she slid her body off of mine.

As she pushed aside her dresses, I saw the door there. Painted all black.

“What is that,” I murmured, still panting in the afterglow.

She reeled back, but said nothing. She only stared, her eyes growing wide and empty across her face.

I did not ask again. A pang of nausea came over me.

She turned around, pulled a dress off of its hanger, and threw the hanger against the wall. She yanked the dress on and stalked out of the room.

I burst into tears, and cried for hours. I cried until the tears didn’t come anymore—like a dried up sponge at the side of the sink. I was exhausted, and my head was spinning. Things began to blur. I must have passed out.

The next memory I have was daylight. She crawled into bed next to me. My body was again swollen with love. Yes, I was full of something—motivation, passion, and that constant, uncontrollable happiness. She kissed me.

It was an angel’s kiss, terrifying and beautiful. As our lips touched, I sunk into that blissful other world within her eyes. I was a prisoner somewhere inside her.

But that immense joy! Like an electric current that overtook every thought, every anxiety, every errant wonder of “what about your things, what about your money, what about Christine” and replaced it with nirvana-like contentment. An effusive peace.

Words again that do not feel like my own. I listen to people complain about their internet bills for a living. I don’t say shit like “effusive peace.” I don’t say shit that’s not in the script.

It’s too much. I’m too happy. I’m so happy, it’s killing me. I don’t eat. I barely sleep. She is all I can think about. I can only do what she wants me to.

She gave me the chance for perfect happiness, but I’ve ruined it.

To her next boyfriend, please know that you will lose the greatest happiness of your life if you do what I have done.

Last night we made love again, for four or five hours. She lay next to me, kissing my chest. Her eyes were closed. I kissed their lids.

After a while, she stirred. She grabbed a towel from the corner of her closet door. Her footsteps disappeared down the hallway, and she turned on the shower.

The closet door had been disturbed slightly. I looked into the crack of the door, into the darkness within it, and imagined the shape of the smaller door within.

I needed to know what was in it. What was behind the door? It came over me like an impulse. It came to me organically. It felt—and it feels odd to say—like my own thought.

I was exhausted. Exhausted as I am most days now. I tried to sit up, but the muscles I needed failed to move. I twitched my toes, wriggled my fingers, but no other motions came to me.

Slowly, I found the strength to reach out my arm. I pushed it to the side of the bed, and wrapped my fingers around the side of the mattress. Tensing my entire arm, I pulled myself to the edge.

My shoulder slid off the side of the bed, and I let my arm go limp. The sudden offset let me flop to the floor. I fell onto my left side, bruising as I hit the hardwood, but the impact made only a quiet sound. I think I’m smaller now than I used to be.

My shoulder throbbing, I again stretched out my arm and tensed my fingers on the floorboards, pulling myself along the floor. I only moved a couple inches each pull, but the closet grew nearer.

To her next boyfriend, you will know that you should be afraid, but the fear will not come.

My hand finally reached the closet door. I grasped it, and heaved the door to the side. Pulling myself over shoes and boxes, I found the black door at last. It surfaced as I wormed my way deeper into the closet, like a rock on the ocean floor exposed by low tide.

From the floor, it was hard to reach the knob. I strained. My jaw clenched. My teeth were in my lip. The lips that she had kissed began to bleed.

I trembled. I thought of her kissing away the blood. I felt so happy thinking about my blood in her mouth.

My hand wrapped around the knob, and I twisted. I panted heavily with exhaustion. The small door swung aside easily, opening into a shallow cupboard.

That smell! I gagged. I could not place it. Dirt, spoiled milk, and something else. Some things else. But every smell that wasn’t hers was so hard to recall.

Through the gag, I looked up to find my own face. A photo of me, torn at one side, tacked to the inside of the cupboard. I knew the photo well. It was from when Christine and I went skiing in the Poconos. When was that? It seemed so long ago. Christine had been in that photo, in the half that wasn’t there.

Bits of hair were taped to the photo. Blond. My own?

Cream-colored wax, stained brown and red, covered the bottom of the cupboard. Embedded into the wax were clouded glass vials. Some kind of liquid was in each of them. I was not sure what it was.

Behind me, the bedroom door opened. In that moment, a funny thought crossed my mind. I wondered what I looked like, my limp body sprawled out across her bedroom floor, half inside her closet. When I was in college, I had passed out like that once at my friend’s house. We had been drinking since the afternoon, celebrating passing our Spanish midterm. He still had the lights on in his bedroom, so I half-crawled inside the closet to get some sleep.

I must have looked the same as I did then. It was a nice thought. A nice thought because it was my own.

To her next boyfriend, don’t sweat the details. The small stuff doesn’t matter. Everyone has quirks—a certain gesture, a funny phobia, a running gag. I never worried about not knowing her name, and I was happy all the same.

To her next boyfriend, prepare yourself for a lifetime of the joy of being loved. As my life comes to a close, I can’t think of a single moment of suffering in my final days.

To her next boyfriend, you will love her as I have loved her. You won’t have a choice.

Jane DIESEL has been described as “eccentric” and “not French.” They are a US-based writer, occasional prophet, and conspiracy researcher. Additional works are available on http://casse-couilles.net and their Twitter, @thindieselle