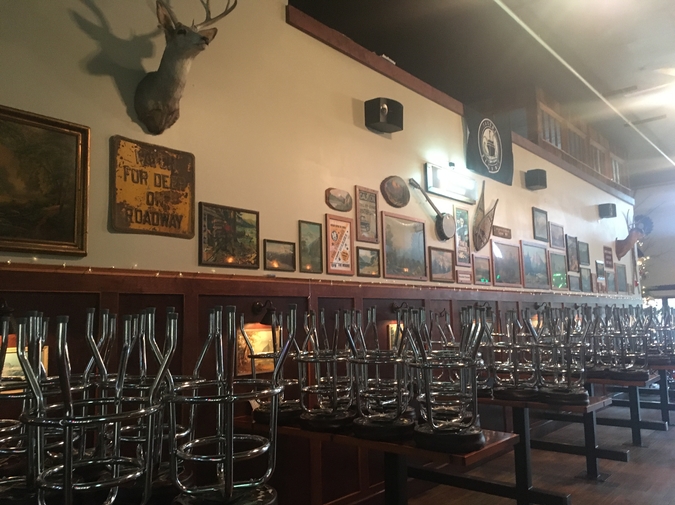 Two women velcroed a husky, mesh tank top
in order to separate the men from the boys.
Then, 20 aisles apart, mimed the crucifixion.
Words I’m akin to grasp start in the west—
so, in terms of navy, a row of jeans ascended
to the east. And I fought a comfortable horseshoe

and won. I could’ve gotten a headcount
of the dozens of passengers chewing gum
in tandem if I had at least four more hands.
*
Certain people prone to arousal would’ve had
a field day, even from the nosebleeds, by her
commitment to pose full Bridge on a
domesticated strip of sod. A wetsuit doubles
as leggings, is confessional. Walrus’ avalanche.
She knew the sound the tusks make by heart,
described them as a dull pickaxe in search of gold.
She was dismembering a frothy head of cauliflower,
standing alone, at an island. Apparently, and this is news
to me: crying in sign language is not what I expected
(ratcheting your fists a hair above your temples).

Later her bangs rested on an armoire while she
glued a lopped-off ceramic triangle where it belonged.
The rest of the room was behind her the entire time.

Jordan Clark lives and works in California within the ceramics industry. He has recently been published at Mineral Lit Mag and Silent Auctions Magazine. You can follow him on Twitter @wh0op5 and Instagram @y1k35. The rest of his work can be found on his Neutral Spaces page