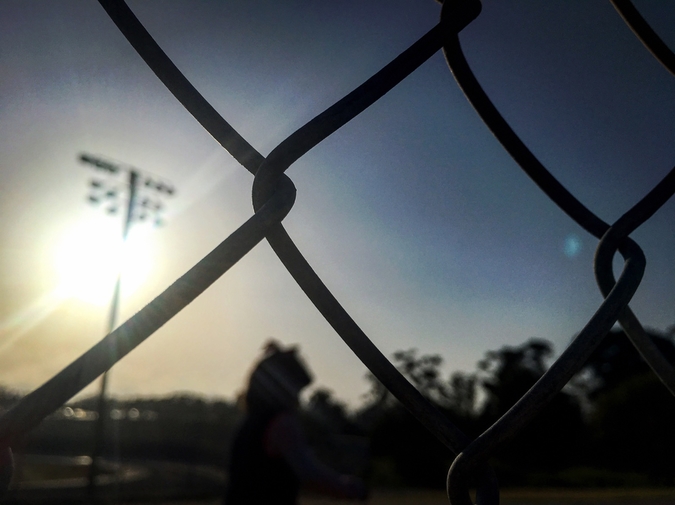 1.  It is 1994 and baseball is on strike so I will not see the first place Yankees advance to the playoffs and win the World Series.

You may doubt that the Yankees would have actually won the World Series, but I don’t. On the day the strike was announced, they were on top of the AL East with a 70 –43 record, on track to win over 100 games. Paul O’Neil was hitting something like .400 and the captain, Don Mattingly, was on first base. The strike means Don Mattingly will never play in a World Series, but I don’t know that.

I am not aware that this is part of the Curse of Donnie Baseball: the belief that Don Mattingly, one of the most naturally talented ballplayers in Yankees history, will never play in a World Series, on the field or off. In 1994 no one is aware there is a curse, but everyone knows the Yankees have not played in a World Series since 1981, the year before Mattingly joined the team. I don’t know it yet, but they will win one as soon as he leaves the team. It is the cruelest manifestation of the curse that in the year Don Mattingly was meant to win the World Series, the World Series does not even take place.

The curse is so powerful it keeps Mattingly from playing in the big game on the baseball episode of The Simpsons, the one where Mr. Burns, the owner, keeps yelling at Mattingly to trim those sideburns. “I still like him better than Steinbrenner,” Mattingly murmurs after Burns kicks him off the team.

2.  It is 1994 and baseball is on strike so I watch Ken Burns’ nine-part documentary, Baseball.

From the moment the first episode opens on a sepia expanse of clanging smokestacks and steeples—BROOKLYN—spelled out in bold block letters at the bottom of the screen, I am at one with the game.

I learn facts about baseball history, facts that, as I remember them, cannot be true: An exhibition game was once played inside the Great Pyramid of Giza. The curveball was invented with the help of a clam. Any player who successfully reached third base received a ceremonial beer. That players were once tied to contracts that Baseball refers to in terms of slavery is not so hard to believe.

Watching Baseball is probably the first time I hear of Walt Whitman. “I see great things in baseball,” he says. “It’s our game—the American game.” I am not sure what he means. In the last episode of the series, The 9th Inning, Studs Terkel seems to know, talking about free agency. “If you earn big dough for management,” he says, “isn’t that what Capitalism’s all about? Aren’t you supposed to get that? So why do we blame the guy for being a Capitalist? You wanna be a Commie?” He laughs.

I realize that until that point, until watching this series on PBS,  I may never have understood baseball before: It is not America’s game. It is owned by somebody.

Though the game premiered on Neo Geo in 1991, it was only ported to Genesis in 1994, just in time for the strike. The timing of the release makes the game’s concept all the more relevant: Baseball owners, frustrated with ballooning salaries and declining attendance decide to restructure the game of baseball. The teams are integrated with robots, power ups, rocket packs, and women players in hot pants. Foul territory is almost completely eliminated and the home run zone is limited to behind the stands in center field. The teams come from all over the world, but mainly from the US and Japan. My favorite team is the Ninja Black Sox.

Every catch, every hit, and every run earns the team a cash bonus. But every strike or out or foul will deduct funds from the team.

In this world, in 2020, the owners are able to pay their employees only for the work that pleases them, and deduct from their salaries for their mistakes. The flashiness can make it difficult to mistake Super Baseball 2020 for what is: a baseball dystopia. It is exactly why collective bargaining exists. Without it, without the power to walk off the field, this work environment has literally become a minefield: as the game progresses, mines—“crackers” the game calls them—are strategically placed around the outfield to add some extra excitement to the late innings.

With this ethos in place, I see nothing wrong with using an exploit that allows me to replace the entire opposing team I am facing with low-performing robot benchwarmers. I have my pitchers throw at the batters. Because these pitches clock in at over 125 mph, thanks to body armor enhancements, the batters are immediately knocked out of the game. If they’re robots they explode in impressive balls of flame. The AI doesn’t know to throw at my batters. There is nothing to stop me from doing this other than the $2000 fee, but who cares when I can more than make that money back once I start hitting homers off their horrible backup pitchers in the next half inning.

This is the nightmare scenario where the owners can replace any player with an mechanical construct capable of taking the field in some capacity. The stands are still full. The game is about money, and it doesn’t cost that much to win.

Anthony Michael Morena is a writer from New York who lives in Tel Aviv. He is the author of The Voyager Record (Rose Metal Press, 2016) and an assistant fiction editor for Gigantic Sequins. His writing has appeared in The Establishment, Ninth Letter, Flapperhouse, The Ilanot Review, Queen Mob’s Tea House, & elsewhere. Find him on Twitter @anphimimor and at anthonymichaelmorena.com.