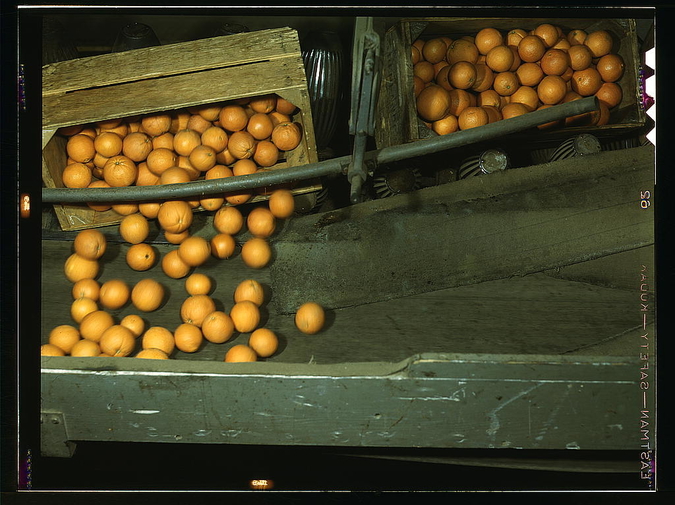 Your daughter wraps her arms around your waist and asks, Does everyone have a skeleton inside?

Already dinner is on the table. Brown rice, sticky rice, ginger duck, little saucers brimmed with oyster sauce. You smush the take-out boxes deep inside the trash. When there are leftovers, you reach back inside to retrieve the cartons. It feels like sticking your hand into the maw of a sow, tugging out intestines and letting sauce run from your arm like strings of blood.

The moon in the window waits.

It is pocked along the front; huge scoops of lunar flesh lay matte against pale green.

In Santa Ana, the uptick of coyotes has the neighborhood on high alert. They steal chickens, clamp the throats of unsuspecting kitties and even — poor Phil — small dogs. You hear them howl at night, clustered and pulled tight against the shadows. Something wild. And you.

You search for the pulse of the thing. Circle your thumb and ring finger around your left wrist and squeeze. On Thursday, you threw raw porkchops on the porch to see what would happen.

You looked at her delighted. That’s a beautiful way to say it.

Once, in the same blue hills of California, you slipped outside and faced a god. Panicked in the treeline, a coyote was wound into the five-inch jaw of a coil spring trap. Three pups whimpered in the woods or you swore they did, although in smaller moments, admit it could have been the curved whoosh of wind through oak. She looked past you, feline eyes moongreen, and you peed a little from the fear. In time, you pet the mangled paw. Gulped in awe at the rough warm wet against your cheek, even as your animal body set to abandon hers.

When you walked away, she wailed guttural. When you confessed, your mother touched your head and said, There there. It’s natural, to convince ourselves we’re bigger than we are.

Sabbath candles flicker above a ceramic plate upon an azure tablecloth. A caged body shivers from the smells of perfume like old-country and chicken roasted with great effort. Because of things like

she moved from St. Louis to San Juan in a heatwave.

Waxed scleras kept an eye on street vendors selling sandwiches carved from brownpink cones of meat. Arms ink-scarred with mermaids a fisherman stood with an oiled belly curved from a soft black mound in the middle of his hips.

She will die in California. But for now, in December, in the damp part of Mill Valley, she makes mofungo instead of latkes. Mashes plantains with olive oil, salt and garlic; fingers trying desperately to keep up with her beautiful, drying brain.

On Fridays, we catch the air between two seasons. On the island, she left a mass of soft pink tissue buried in the husk of a coconut. It’s explained, or the universality of things makes clear: after a lung transplant, the skin is shocked so it hangs around the bones.

2020 Predictions, or Reagan Wins in a Landslide

I looked at myself in the mirror and there was a new pin on my girlfriend’s leather jacket; it said DYKES VOTE. She saw me watching myself and said, You can’t wear that; you’re not a dyke. And I turned and looked at her, but she was still watching the back of my head, my long brown curls, and I kissed her so hard it was violent. As I left I said, Fuck you. I am what I am.

At Sean’s, a femme girl came up to me with a glittering star wrapped around her neck and said, Excuse me, that’s offensive, so I pushed my chest towards her. She got really embarrassed; put a hand over her small mouth and babbled, Oh, oh. I thought that said kyke. As she scuttled away, I called after her, I’m also Jewish, because once again I had something to prove.

Sean’s is the only lesbian bar in Pittsburgh. Tonight, a sign that said MONDALE FOR PREZ in rainbow block letters hung behind the bar. Someone slid me a whiskey shot and when I turned she was there. Earlier, we’d gotten into a terrible fight. About what? Something stupid. To vote. My babe. I loved her so much, it was almost inconvenient. I wished I could have her babies. She didn’t want to vote but said she would for me, even though she also said nothing really matters.

She went off to play pool, and two more shots appeared that this time I took quickly and let line my throat with ache. I fiddled with the pin from earlier (her surrender) and stuck the sharp point into my palm. I wondered over the years how many people ended their workdays and went to Sean’s, after they voted in a system that hates them and who, for some reason, still watched frozen as the rest of the country decided their fate. I wondered if it all mattered, if anything did, and when the other guy won, I decided it didn’t matter if it matters, I still wanted to fight.

Leah Dawson is a fiction writer from Pittsburgh, PA.