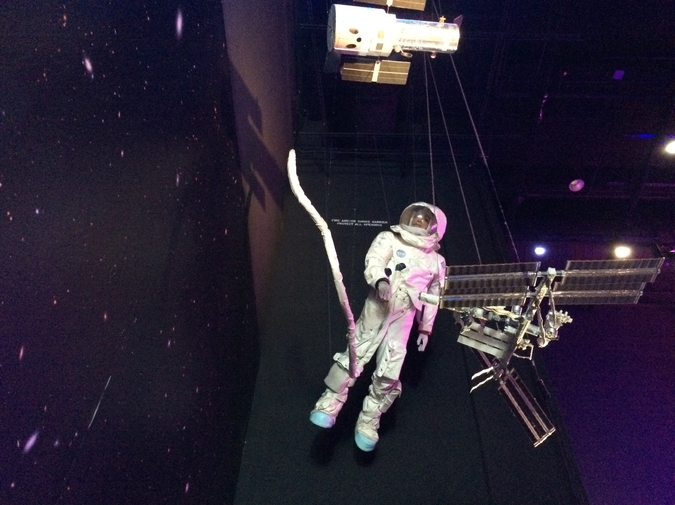 The movie we watched the night you told me you were leaving your husband for a girl with skin rough as a butcher’s block no storm could ever smooth clean. When sharks were falling from the sky & everyone had chainsaws. I’m sorry. I worried who would take the dog before I thought of the joke you made, your father cutting something off but never finishing the job. I took your advice: the anise hyssop flowers fast as a car taking on water since I began whispering my fears. I begin a sentence with I have never broken a bone, but & see where my car takes me, which gas station you drove home from on acid & wept the next morning wondering which family pets you killed. Don’t you remember? You were handcuffed to a toilet but this time for real. You asked me to drive. Moth-activated, your lips whiplash the radio until it is your song burning. Even the moon has daughters she doesn’t know the names of.

It is August & my father never owned a gun.
From the garden, he calls for us

to watch the fruit ripen as night closes
like hair dye staining a woman’s neck.

In my dream, it’s my mother who reminds me
cleanliness is next to ghostliness.

How one way or another, we all die
trying to impersonate the moon.

It is August & I can’t stop thinking suture,
what closed my mother

her stomach, an aerial shot of the farm
after the plow. How once,

where girls bury hand-me-downs they later
unearthed as chandeliers, I saw her

stich a moth’s wing to her tongue, found
a hawk’s nest in our pantry

from brown hair. Four weeks, she doesn’t
get out of bed. Repeats,

In the future, a crow for every one of our feelings.
Now, crowded around the base,

my father lifts the fruit. Like a throat,
she whispers. Choked,

then released. Returning to blush.

It is fall. My student brags: last night she killed herself in a dream without anyone hearing the garage shut. Days go like this: I imagine a town so dark a deer’s rub sparks and fills it. I watch trees marked like teeth bites on a whistle fall from a man’s axe. Somewhere, roadside, I sell windowpanes from the letters of my name. A man passes, an l, t goes. Days go like this: I take students outside to write about red. Like antlers, they drag their pencils through the cool air. We stop to study a fallen nest made from scarecrow, heat. Poking her finger through the bottom, a student talks about a darkness so deep it might be mistaken for light.