This isn’t a story about being in a wheelchair 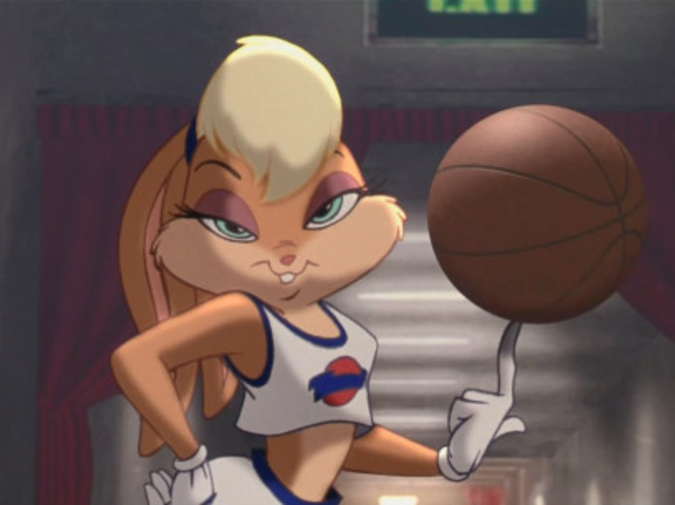 This is a story about Space Jam: A New Legacy.

I’m eating brunch with a friend downtown because my wife kicked me out of the apartment. Again. Half the streets are blocked off by police barricades and squad cars today. There was a shootout at a nightclub last night at 1 a.m. No deaths, but one of the men (who’s only 20) is in critical condition and may be paralyzed from the neck down after (and if) he recovers. I learn about this because one of the waiters in this vegan cafe is loudly talking about it to the head chef. The entire dining room can hear him.

“Yeah, the guy might be in a wheelchair the rest of his life,” the waiter hollers.

The head chef, a short, skinny man who looks ex-military, nods and grunts “Yeah” in response.

My friend Tony sits across from me, holding a vegan breakfast burrito between his wrists, lunging his head forward like a snake to take a bite. Watching him eat (or do anything, really) is oddly mesmerizing, like watching Lebron James execute the perfect fake-out or slam-dunk, only less bombastic. Tony’s technically a quadriplegic, paralyzed from the neck down, though technically he’s not a full quadriplegic as he can still contract his biceps, allowing him to raise his forearms and clasp objects (such as vegan breakfast burritos) between his nonfunctioning wrists. Tony plays a sport called quad rugby (sometimes called “murder ball”) on the weekends. As the name suggests, it’s a form of rugby, only played indoors by wheelchair-bound athletes. I wonder what Tony thinks about the wheelchair talk coming from the kitchen. Does it offend him? Or does he find the able-bodied world’s fear of being confined to a wheelchair oddly amusing? I’d ask him, but we’re not talking about Tony. We’re talking about me. And Space Jam.

“Yes,” I say, “I’ve seen the new Space Jam five times in the past two weeks.” I avoid mentioning my domestic situation. The only reason I’ve seen Space Jam: A New Legacy so much recently is because I wanted to avoid talking to my wife.

Tony stretches his neck forward again, tears off another piece of burrito. A strip of tortilla hangs off his lower lip. He tosses his head back and it lands in his mouth. Still chewing, he says, “That ain’t normal, man. That’s what, fifty, sixty dollars in movie tickets?”

“Yes.” Space Jam is an excellent distraction from real life.

“That’s a lot of money to waste on Lola Bunny,” Tony says.

“Please, leave Lola out of this.”

Tony knows that I’ve had a crush on Lola Bunny for as long as I’ve been conscious, from the moment I first watched the original Space Jam at the age of five. To be fair, everyone who’s watched Space Jam is in love with Lola, even if they won’t admit it. That’s what I tell myself, at least.

“Space Jam is a cornerstone of post-modern American culture,” I attempt to explain.

“The critics say the new one is shit.”

“Those critics are wrong.”

“Whatever,” Tony says, laughing. He sets his burrito down, majestically, in the way only Tony can be majestic. Despite only having control of his biceps (or maybe because he only has control of his biceps) there’s a gentleness to his movements that’s shocking to witness, especially after you see him on the court. Two months ago I drove Tony and some of his teammates down to Kansas City to play a game against Kansas City’s quad rugby team. Kansas City’s team is world-class, and even though Tony’s team lost hard, Tony was still proud of himself and his team. I remember cringing as I watched this massive paraplegic from Kansas City slam into Tony in a crash of flesh, metal, and foam rubber, and it looked like Tony slammed his head against the floor pretty hard, but when a referee hoisted him up, Tony was grinning, seemingly ready for more. Maybe I’m idealizing Tony (or infantalizing him) in the way only an able-bodied person can idealize a (partial) quadriplegic. Then again, I idealize a lot of people. Like Lola Bunny.

I haven’t taken a bite of my Belgian waffle yet. It arrived at our table cold twenty minutes ago. I roll a blueberry over the crests and troughs of the waffle’s surface with my fork, imagining a planetoid undulating on gravitational waves, a basketball rolling across an uneven court. Then I return to reality, recall that this is a waffle and nothing more. I’m seated across from Tony eating brunch on a Thursday morning. And my wife wants to divorce me.

“Dead,” the gossiping waiter yells from the kitchen, “I’ll bet anyone ten bucks that guy winds up dead.”

“Wheelchair!” some cook says, laughing. “My money’s on wheelchair!”

Conversation in the back-of-house is dominated by talk of wagers on a man’s life. Tony shakes his head, smiles. Suddenly I feel like the weakest man in the galaxy.

Lane Chasek is the author of the nonfiction novel Hugo Ball and the Fate of the Universe, the poetry collection A Cat is not a Dog, and the forthcoming chapbook Dad During Deer Season. Follow Lane on Twitter @LChasek.