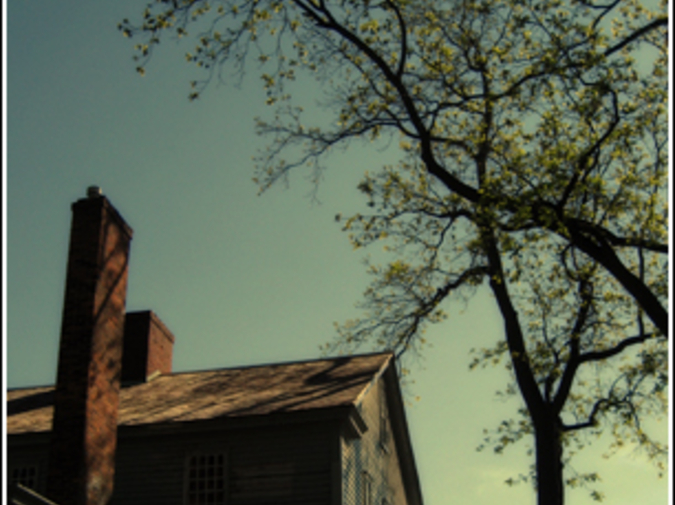 They think I don't hear their whispers, but I do. Even with a bathroom between our bedrooms, all I have to do is put my ear to the wall and I can pick up every word.

At twelve, I know a lot. I have the vocabulary, I'm told by Mrs. Diamond, my advisor, of a high school sophomore. But some of the words they say are foreign to me. Words like carcinoma, andbiopsy, and hysterectomy. Still, I can read their tone, and their tone isn't good.

In the morning, on her way to work, my adoptive mom smiles and says, "I need kisses!"

"Get home safe," my adoptive dad tells her. His arms filled with cereal boxes, he kisses her on the lips, which is not normal morning procedure.

Today my dad will drop me off at school, then head to the university where he teaches three sections of "Academic Writing." Usually we sing oldies along with the radio, but today he says, "If something happened where it was just the two of us, we'd be okay, right?"

"I don't know," he says. "Like say aliens came from outer space and took mom away in a spaceship."

I have no idea how much money my adoptives make. But I do know that my mom, a vice-president for a children's book publisher, makes more than a part-time English professor. I also know that on his own my dad cannot find bank statements, prepare an income tax report, or tell you how much mortgage is owed on the house. Any telephone calls dealing with confrontation are handled by my mother. Knock on our front door late at night and she's the one in the bathrobe, plodding down the stairs, ready to provide help or do battle.

"I guess we'd have to take care of each other," I tell him.

He smiles, reaches forward, turns on the radio. We sing "Wild Thing," and "Black Magic Woman," but I can tell his heart isn't in it.

That night I don't hear whispers. I do, though, hear soft weeping. Which one of us it is, I can't be sure.

Tai Dong Huai was born in Taizhou, China. Her fiction has appeared, or will appear in elimae, Word Riot, and Meeting House. "The Island" is from her collection in progress, I COME FROM WHERE I'VE NEVER BEEN.