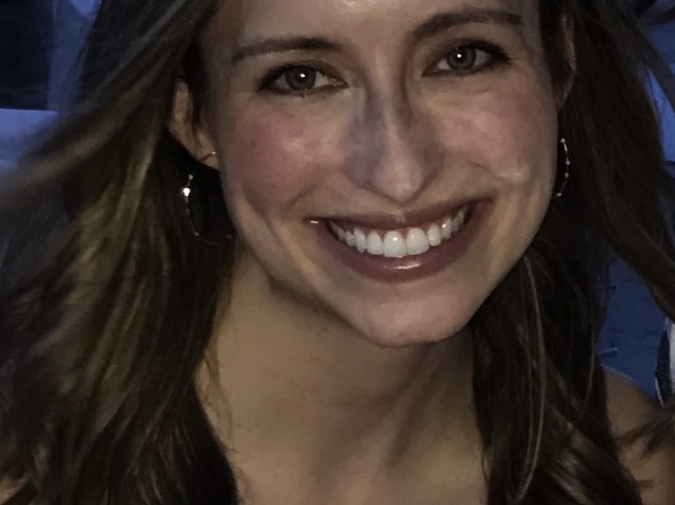 Despite its malleability and breadth, the English language surprisingly lacks expressions for different types of love. Unlike Greek, Japanese, or Romance Languages whose multitude of untranslatable phrases capture love’s nuances and complexities so well, English’s love is an all-you-can-eat buffet. The denotation of love as  “deep affection” or “pleasure in something” can describe our feelings toward a Taco Bell Crunchwrap Supreme and our spouse. In other words, English’s love is elusive.

What had sent me down a linguistics rabbit hole was the end of a month-long relationship with Michael, the Van Man. I fell for a guy who left our hometown of Tulsa, Oklahoma, to pursue van life, the Minimalist, nomadic subculture where (you guessed it) one lives out of a van. Although I always knew my relationship with Michael had an expiration date, I unexpectedly felt gutted after watching him leave. Still, I was hesitant to describe my feelings toward him with a word whose paradoxical definition appeared too weak (Crunchwrap Supreme) and too strong (significant other).

Some synonyms for love include idolize, worship, rapture, enchant, words more appropriate in describing a cult experience or a spiritual awakening than a month-long fling. So, if not English’s diluted nomenclature, then what? I settled on a patchwork quilt of foreign expressions to describe my relationship with Van Man, beginning with Japanese’s koi no yokan, the sensation of inevitable romance.

Nearly a year before Michael hopped in his van to travel west like a Millennial pioneer, we met at his brother Ryan’s Halloween party. Ryan, an engineer, and his wife Bekah, a resident physician, were two of my new friends since moving back home to Tulsa after graduate school. I had met Ryan while carving pumpkins at a friend’s house on Halloween. Since Bekah had work, Ryan, with squash guts webbing his fingers, invited everyone to a future Halloween party so Bekah could celebrate one of her favorite holidays with friends.

Three months later, on a drizzly January night, I put on a blue princess dress, pinned a plastic tiara to my scalp, and ventured into the world with a bottle of pinot grigio in my purse. My chest tightened as I walked across the fresh-cut lawn to Ryan and Bekah’s two-story, redbrick home. Most of my friends lived in either childhood bedrooms or luxury cardboard boxes downtown, not real homes with HOA fees and patio furniture.

As I grew nostalgic for those graduate school parties held in garage apartments made of straw, I thought of some inspirational words my elementary-school teacher Mrs. White gave to me. On the first day of the third grade, she leaned over, smelling of mothballs and Chanel no. 5, and said in a silvery voice, “Elizabeth, this is going to be your turnaround year,” which was her way of saying that I would learn long division and make friends. I told myself that twenty-eight was going to be my real turnaround year as I straightened my tiara and rang the doorbell. I would get a job with a salary that could afford me HBO, make new adult friends, and maintain a house plant. New love, on the other hand, seemed as likely as a third grader with Peggy Olson bangs befriending the popular kids at school: not going to happen. I lived in Oklahoma, a state where it is easier for a tornado to sabotage a single woman than for her to meet an unmarried man with all of his hair and teeth. Over Christmas dinner, my grandma once asked if the guest place setting would ever see the light of her candlelit table. She took a bite of honey-glazed ham and looked me in the eye. To translate this moment from Southern Grandma to the English Language, “If you don't find a husband and give me a grandchild before I die, I’ll haunt you.” When you feel like the last of your single kind among a herd of married friends, you do not need Grandma's Christmas plate metaphor to hear your biological clock tick. After some terrible dates with Tulsa’s remaining single men, I prepared myself for a future of my grandma’s ghost shrieking about unused china each time I fell asleep cuddling a bag of string cheese, but when my eyes met Michael’s and the tray of chicken nuggets he had just removed from the oven, I felt koi no yokan.

Japanese speakers describe koi no yokan as a premonition of love, which differs from love at first sight. Michael was not the typical guy I went for: neuroscientist, buzzed head, medium build. I am typically attracted to lanky, anemic artists with hair like uncooked, instant ramen noodles, but as Michael and I bonded over Sonic Drive-In’s ranch dressing, otherwise known as Oklahoma aioli, I imagined my grandma’s carrot cake instead of dust bunny a la mode on the guest porcelain plate. His costume of gray sweatpants and a white T-shirt that referenced an obscure YouTube channel reflected his relaxed and playful personality. He made me laugh as we combined the appetizers and dipping sauces set out on the kitchen table into new, unsavory dishes. For the first time since graduate school, I liked someone without having to swipe right on a dating app. I experienced what in Filipino culture is called kilig, romantic excitement. His words were poems I wanted to memorize, and his face and body were sweet cravings.  Although we did not exchange phone numbers, let alone a kiss, koi no yokan’s premonition of love made me certain that we would see each other again.

I did not have to wait too long for this premonition to come true. A few weeks after the Halloween party, my friend Molly invited Michael, some friends, and me to her parents’ lake home in Hot Springs, Arkansas, about five hours from Tulsa. In between the night of the Halloween party and the trip to Hot Springs, Michael, in good twenty-first-century fashion, friended and messaged me on Facebook about how to become a tutor since I tutored English, a dialogue about as titillating as taxes. Despite the conversation’s banality, my heart beat wildly each time I received a message from him. His comments swirled like colors from a painting as I tried to decipher their meaning. Could “thanks for helping me” mean “I like you”?  Could “would you mind looking at these flyers” mean “would you like to hang out sometime”? If his tutoring questions gave me such an amorous high, how would I feel if we discussed something more interesting like movies or books? By the time I arrived at the cabin, Michael was gathering wood. Inhaling the richness of the natural world and watching him build a fire aroused in me some evolutionary psychology to make him my mate. I sat next to him by the fire, which seemed the more appropriate move than a marriage proposal, and beneath a velvet sky, we grew entranced by one another. Each time he touched my arm, my body turned to embers.

“I need to tell you something,” Michael said, his gaze softening. “I like you, but I’m not looking for a relationship right now because of van life.”

The fire’s smoke stung my eyes. My cheeks burned. “So, you’re going through a jam phase,” I said, trying to lighten the mood despite my disappointment.

“After graduating from college, I moved back home and made a lot of jam while trying to figure out my life. A jam phase is like a gap year. A time for self-exploration.”

“Van life is more of a lifestyle than a jam phase. I just don’t want to hurt you.”

“Okay,” I said, my mouth going dry. “Thanks for being honest. Can you tell me about

As Michael discussed Pam, the name he affectionately gave his van, and his dream of living in the woods, I retreated into myself. How do you compete with a dream, and even if you could, should you? I knew the answer was no after our conversation by the fire, so I tried, rather unsuccessfully, to move past my romantic feelings.

Several months later, Michael and I reconnected at a mutual friend’s birthday party, and we decided to try dating while knowing that he would eventually live off the grid in Pam the Van. During our few weeks together, time moved with a delicious urgency, like spring sweeping out the remains of winter. He made me think of old boyfriends and if their kisses had tasted this good or if their gazes had been this hypnotic. My favorite moments were of him holding me and whispering his observations of the world into my ear. While I could never live in a van (I like my bed and books too much), Michael inspired me to cultivate a space for mindfulness that involved nature and not my Apple TV.

When Michael left for the West, I experienced what in Portuguese is known as saudade, an intense nostalgia for a person. I tried to decide, if given the choice, would I go back to the Halloween party in that silly dress? Would I sit next to him by the fire in Hot Springs? Was koi no yokan and kilig worth the pain of saudade? As I looked upon the vacant driveway that once housed Michael’s van, I thought I would if I could be with him again and feel English’s most vulnerable, overused, but perfect word, love.