The Tools of Ignorance 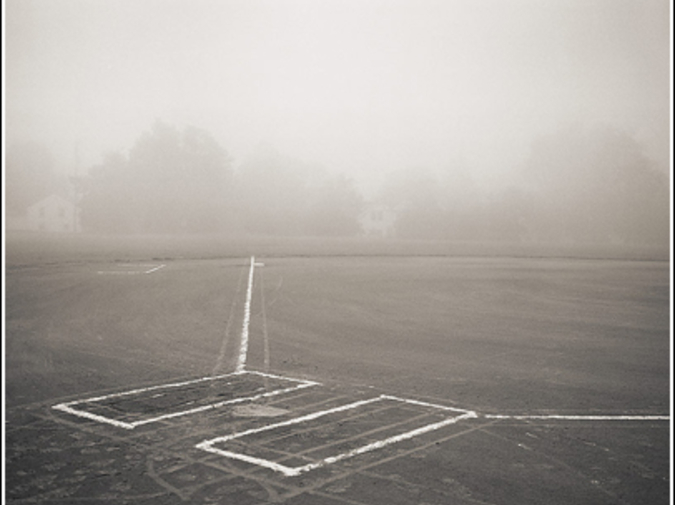 The pretty boys with all the talent and not an ounce of sack.

The Latinos so flashy they trick you into thinking they're good.

The fake hustlers who got everybody convinced they're playing hard cause they run to the fence on a ball way foul.

The fellas dumber than the bats they use, facing a long existence ahead of em if this ball gig doesn't work out.

The college boys who get burnt out cause this ain't a team, least not the kind of team they're used to. Here guys will steal out your locker.

The guys that can't throw.

The guys that can't catch.

The guys who could throw before they got the yips.

And I've seen the few that are big leaguers. You know em almost straight away.

I don't get to know the guys that much past what they talk about and what they throw off the mound. Usually that's all it takes to know somebody well enough.

I've seen the goofs. Lord knows there are plenty here in the bullpen.

I remember two relievers, now long gone. Dickey and Smith. Both lefties. They thought it was a great idea to bring a water balloon slingshot down here one day in the middle of summer when everything's draggin and the days are endless. They were trying to hit the pressbox. I noticed the wind blowing out, but wasn't about to say anything. That's usually when you know a pitcher won't make it – they don't think about the wind.

They launched that sucker, a red balloon I remember, and the wind caught it. Didn't even make it halfway. It hit the third base umpire in the back. Both got fined. Dickey was released sometime later cause he couldn't pitch. Smith got called up and lingered in Double A awhile before he was traded. I heard he just got released.

I've seen the high draft picks come in, talent I can't fathom. And I've seen those same guys never get outta A-ball. Dwindle here for six, seven years till the organization cuts em loose. It's saddest when they come in only eighteen and their ball career's over at twenty-five. It can be such a cruel game.

Not many speak to me other than the pitchers, and most of them only when they have to. I don't mind. I just catch the pitches they need to throw and do my job. My knees trouble me some.

I don't need this. I got a degree. JUCO for two years and I graduated from a university after that. Playing ball let me do it. Wasn't half as good as most here, but I did all right. I got a fine job and a wife now, and I only do this in the summer. The extra money's nice.

Most of the time I think this team exists so the one or two prospects on the roster have a place to play. And I'm probably not that far off. Most of the guys are assholes and I don't speak the same language as a lot of em. But the game is always the same.

One of the guys that did talk to me a bit was a pitcher named Harold Thorp. Thorp said to me once, "You know, sometimes I don't like this game anymore. Most times actually. Especially now. Every second is a competition. With your own teammates even. But sometimes when I'm pouting about it, on the bench over there, I'll notice you watching something. And I'll look where you're lookin and I'll see the small white ball rolling through the green grass. And after the outfielder picks it up and throws it back in I look at you, and your eyes are closed and you still got that small smile. And then I like it all again."

Harold never made it outta A-ball. But he was a college boy, a senior-sign, and now he's got a job in a big city somewhere selling stocks.

Sometimes, my aching knees seem like such a small price.

#25 Catcher
Nick Mainieri
Ht: 5'11 Wt: 180
Bats/Throws: R/R
Played in 16 games in his career at the University of Notre Dame and recorded a 1.000 fielding percentage. He, um didn't, check his career batting average... he hopes it was above the Mendoza Line. Now he writes and can be reached at nmainieri@gmail.com.