The Reward; When Things Repeat 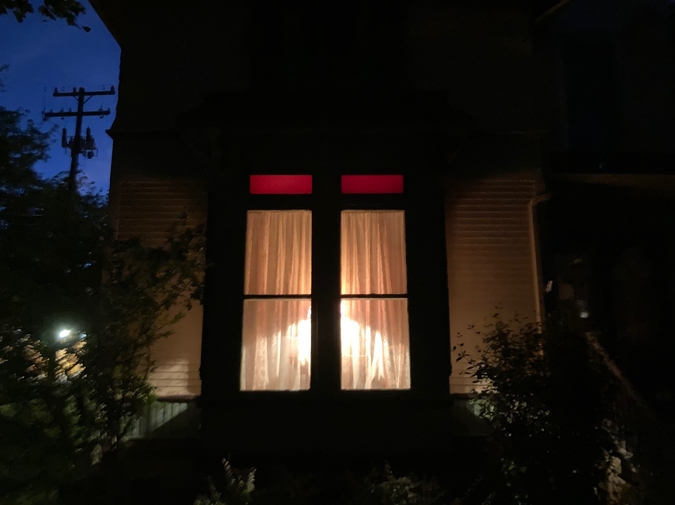 What I have to tell you here has more to do with being human than with spirit, but then what is spirit but the heart of being human? The man wakes up to piss at 2 AM. After he is done, I tell him, come on, let’s get you back in bed. No, he says, I am not going back to bed. He stamps his foot, and all the dark disappears. It is so strange these moments that feel the most familiar are the ones that feel the strangest. I clap the lights back off, take his hand, he says, I’m not tired. It’s night, I say. I guide him gently into bed, all the while chattering of what we will do tomorrow, how he must sleep because he will see his mother, and you don’t want to fall asleep visiting her. But I am home, he says, as I pull the covers to his chin, and as I tuck him in, I tell him, no no, you are here, where I take care of you, and in exquisite detail I tell him, as his eyes close, of the wonderful sausages I will fry him up for breakfast. Somewhere I erred. Somewhere I forgot the cartography for going forward. I am hollow as a sewer pipe. I make notes on medical forms while you are at the hospital. Everyone in my care is sleeping easy. Then they aren’t, confused thinking it is time to shower. The woman tells me she has showered a dozen times. Are you ok I ask? I miss my children she says. But they are grown men. Some days she forgets they are no longer children. You just were home yesterday, I lie to her. Play some cards in your room, I say, I have meds to pass. You text me the MRI went ok. Sometimes I swear this building is alive and breathing. Years ago it was a Motel. What I thought was a scar was only a cloud come to rest on my wrist. My grief at your long passing hides in my marrow. When I met you, I recognized you but how you wore the rain. Or were a willow in the wind, and I was a small bird. I never figured out if it was you or I who was singing? Deja Vu: It is so ironic these moments that feel the most familiar are the ones that feel the most strange. The tree that sings for the dead. What is the distance between belonging and still stranger? Our blood reaches back to the same black mountains. You feel you have been there before, done it all before. How easy it is for a place to feel like home, in the city you do not speak the language except a few greetings, numbers, you grin like the village idiot, point and the word for pardon. After a few weeks the checkout girl at the ___ recognizes your daughter in the pram, coochicoo, the man at the newsstand kiosk hands you your brand of cigarettes before you ask. What minor keys that haunt me. How distant is the space between friend and stranger, between foreigner and you belong. Don’t be fooled. You feel you have been there before, done it again. Each night the man forgets the day. The man mistakes me for Sisyphus. The man opens the bathroom door and I am there. Nice job, I say. I will help you get back in bed, you are right on schedule. He says, I don’t want to go back to bed. I say, you always go to the bathroom at this time. Look at the clock, it is only 1:44 AM. It is the middle of the night, his mind resets itself to distant memories. I walk him across the room and help him turn to sit on his bed, but before he swings his legs up, he stops and stiffens. His face gets all screwed up. But why are you awake, he asks. He is emphatic. Why do you get to stay awake?  I ask him, who am I? (In this way I can judge how confused he is). You are_____ he says. He says it with affection. I know now he will be ok. I can guide him easily. I watch over you, I say, I watch over eight people while you all sleep. Eight people! He exclaims with honest surprise. I stay up to make sure you are ok, that you aren’t having seizures, to make sure you sleep well. When I wake up will you sleep then? No, I will help you when you wake, then make you breakfast. But what, he says, if I never wake up? What if--- Shhh, I will wake you. I lay him back on the pillow. Don’t worry. But he persists, as his eyes close, he needs to know, Will you never be able to sleep then?  Don’t they let you? Don’t they ever let you lay down your head?

The daily pattern. The paper arrives. There is the mail lady, and I wave. I pull the curtains open and there is the day. The night has gone home to Beijing and Manila. I write things down to keep the light from disappearing. A photo with my phone of something Hopper might have painted. The hajib’d fruit sellers. I love downtown in the in-between time changes. I remember the market near the waterfront in Boston at day’s end, the ground covered with smashed produce: lettuce, tomatoes, eggplants, fresh dropped eggs, the spillage of glistening ice, stray dogs lapping up the smell of day-old fish and human labor. Behind the stalls, the fishmongers count their oily cash into the lock box, unlatch their guns. Or the times at dawn in old cities when shops open, pushing up their steel grates, opening for the day. The fresh market vendors setting up, tables of blood oranges, ginger, pots of curry, the scent of cinnamon, unhusked corn, great heads of cabbages on carts. The zookeeper tossing huge slabs of meat to the lions. Roar he says. The gleaming trumpet bells, cymbals, guitars, and cell phones, motorcycle helmets, a basketball signed by Jordan, flat screen televisions, old gumball machines and gold chains that are too heavy to put on a neck catching the early light in pawnshop windows. All the common daily wage, the nightshift—caregivers, office cleaners, nurses, heads down headed home. I never wanted my writing to be perfectly trimmed. More like a tattered and weather worn and frayed flag, flying over a country that no longer exists. Like the old grandmother in Haviaras novel who tells us, “When a tree sings, it’s because somebody dies. Or because somebody comes back from the dead.” The one who is left (behind) takes the longest path leaving. Where do I begin but in the long after it has happened. This late hour unfolds a fold in the veil. This late hour a fold in the veil unfolds. Is it that every pair of lovers believe in Fate, or do they create it? Too often I face the tragedy or temptation of turning my life into myth, when it is really all piss, and marrow. To regret the tragedy you have already long traveled. If we have the lamentation of ‘regret,’ why do we not have a meaning for ‘gret’ in our language? And if we did, what would it mean? At work the wall clock tocks the time of my steps—this dance I do—what room to check—med to pass. It speaks through walls, shifts, my grandfather’s voice speaks of the men he cared for, his round clockface face, coffee dark eyebrows, slight clocklike grin, and what was time to him, he who cared and gave, who lifted children from the street and offered them a warm cup. A small plastic cup fills with moonlight streaming through the med room window. If I give this cup of moonlight to the man, he will drink it down. Drink the moon I say, and he giggles, puts the plastic rim to his lip. Blue light of memory streams from his mouth and eyes. Later when he falls to sleep, he will slowly rise, till he is full.

Sean Thomas Dougherty is the author of the forthcoming The Dead are Everywhere Telling Us Things, selected by Nickole Brown and Jessica Jacobs for the 2021 Jacar Press Poetry Prize; and the book of prose Death Prefers the Minor Keys (2022 Lily Poetry Review Books).  He works as a care giver and Med Tech for folks with traumatic brain injuries. More info on Sean can be found at seanthomasdoughertypoet.com