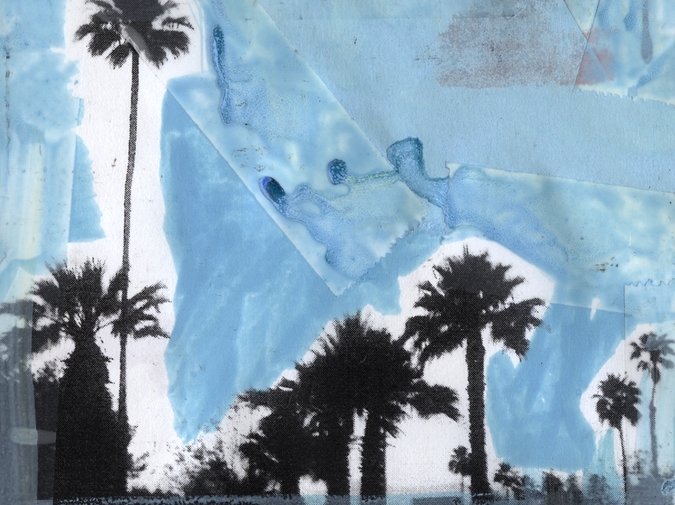 They were riding a tandem bicycle around the park. He was in front. She was in back. She was grateful for the seating arrangement. The seat felt too small, and she had no idea what she looked like from behind but was pretty sure it couldn’t be good. She didn’t want the momentum of date number one to diminish on date two. Stacey liked Dave. He was nice. He hadn’t asked her to pay for anything yet, and he looked like his pictures. He had the normal baggage for a man his age: a divorce, a mother a few years away from a nursing home, hair thinning out a bit on top. These were all things she could live with.

It was a hot day, but the bike created a breeze as they pedaled past the trees, the rebel fruit vendors pushing their carts without permission, and a man with a parrot on his shoulder.

“How long would you have stuck around if I showed up this morning with a parrot on my shoulder?” Stacey asked.

“I would have proposed on the spot!” Dave laughed.

“You know what song is in my head?”

“What?” Dave asked asked while slowing for a squirrel to cross the path.

“‘Paradise City’ by Guns N’ Roses. That song always reminds me of summer.”

”I can see that. The grass is green and the girl riding on this bike with me sure is pretty.”

Stacey couldn’t remember the last time she had been referred to as a girl instead of a woman or a lady or a ma’am. She liked it.

“I got to see them play at the Roxy and the Troubadour before they were big.”

“So you were one of those glam rock chicks on Sunset?”

Stacey remembered the first time she saw Guns N’ Roses play. It wasn’t pretty. It wasn’t anything like the radio back home. It was raw and wild and angry. When she stepped outside after the show, everything was alive. She could feel the concrete breathe beneath her feet.

“Guns N’ Roses weren’t glam! They were rock. The last great rock band, I might add.”

“Nah, they had the hair. They were glam. I was glad when Nirvana came along and demolished that whole scene.”

The trees blocked out the sun on the south side of the park. Stacey couldn’t be sure if their wheels had just passed over a decaying sock or some sort of flattened rodent carcass.

“You can’t deny that Appetite for Destruction is one of the best albums ever recorded,” she said. “Shadow of Your Love” should’ve been the final track instead of just a B side, but still, it’s incredible. Start to finish. Slash on guitar. Duff on bass. Axl’s vocals. When’s the last time you listened to it?”

“Not long enough.” Dave turned and gave her another quick wink. The bike veered for a second towards the man with the parrot on his shoulder before Dave straightened the wheel. “Do you want to do another loop around the park then get some lunch?”

Dave stopped pedaling. The bike slowed, then stopped. They got off. Dave leaned over and kissed Stacey. “I’ve been wanting to do that the entire ride.”

Stacey looked at Dave’s shorts. They weren’t quite long enough. They hit a little too high above the knee. It made her picture him as a kid not quite fitting in. He was probably teased. She doubted he’d ever been to a really cool party or drank whisky straight out of the bottle. She didn’t spend her senior year serving soft serve and saving for a bus ticket to Los Angeles when she turned eighteen to end up riding a tandem bike around the park with some guy whose shorts were too short.

“I’m going to pass on lunch,” Stacey said. “You seem like a nice person, but we’re not a match.”

When Stacey got home, she pulled up her profile on the dating site. Under the What Most People Don’t Know About Me section she wrote I blew Duff McKagan once behind Gazzarri’s back in ‘86.

Jessica Shoemaker lives in Los Angeles, CA. Her mother gave her a typewriter on her tenth birthday. It is the best present she has ever received. Her fiction has appeared in Fiction Southeast, Blue Skirt Productions, and Lunch Ticket. She is a 2017 PEN Center USA Emerging Voices Fellow.