The Man With Two Arms (An Excerpt) 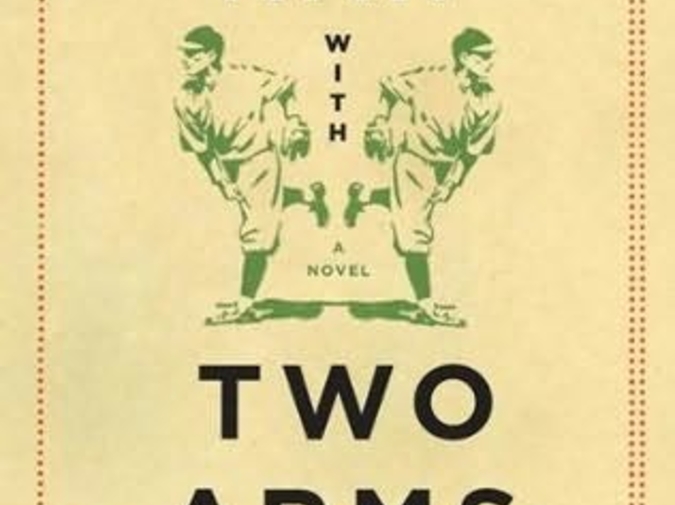 In the summer that followed Danny's sophomore year at U-High, he took Bridget to a White Sox game. He knocked at her door on a Sunday morning with a baseball glove in each hand and a White Sox jersey folded over his arm. Bridget held it at its shoulders.

"What does Grebeck mean?" she said.

"You're kidding me, right?" Danny said. "It doesn't mean anything. It's a player's name. Craig Grebeck. He used to play for the Sox."

"I was just kidding," she said and she twisted her lips and furrowed her brow to let him know she wasn't kidding at all. "I'll be right back," she said, and she walked to her bedroom to change into her shirt.

When she returned wearing the jersey Danny almost hugged her but stopped himself.

"It's perfect," he said, and Bridget twirled around and curtsied.

"I cried the day I realized that jersey wouldn't fit me forever," he said. It was big on me at first and then one day I put it on and it fit me just right, and I remember crying at how perfect it fit."

On the train to the city Bridget sat with her heels on the edge of the seat and her knees stuffed like baseballs in the web of the glove Danny had given her. Danny breathed into his own glove to smell what she smelled, and the train groaned toward the ballpark. When it looped around the downtown tracks it screamed.

As they drew closer to Comiskey Park, the arc of the stadium seats was a blue rainbow, the only splash of color in the great gray of the city.

Past the turnstile entrance they stepped onto the escalator toward the 100 level seats, and Bridget moved as if to climb the steps as they ascended but Danny pinched the tail of her jersey.

"Nonono," he said. "No fast walking here," and Bridget smiled.

On the gray-brown cement of the concourse, when the first green of baseball grass teased at them through the steam of polish sausage and hot dogs, Danny stopped Bridget again. He held two fingers to the crook of her arm.

"That," he said, and he smiled. "What it feels like before a baseball game. Did you feel it?"

The day felt like a date to Danny. He did not want it to end. On the train ride home he told Bridget he felt like painting and she smiled and said, "Me, too," and that's what they did.

The Man With Two Arms is Billy Lombardo's third book of fiction. He also wrote The Logic of a Rose: Chicago Stories and How to Hold a Woman. He is the co-founder and artistic director of Polyphony H.S., a nonprofit, national student-run literary magazine for high school writers and editors. He holds an MFA in Creative Writing from Warren Wilson College. He teaches English literature and creative writing at the Latin School of Chicago and teaches fiction for UCLA's Extension program. He lives in Forest Park, Illinois, thirteen miles from White Sox Park.