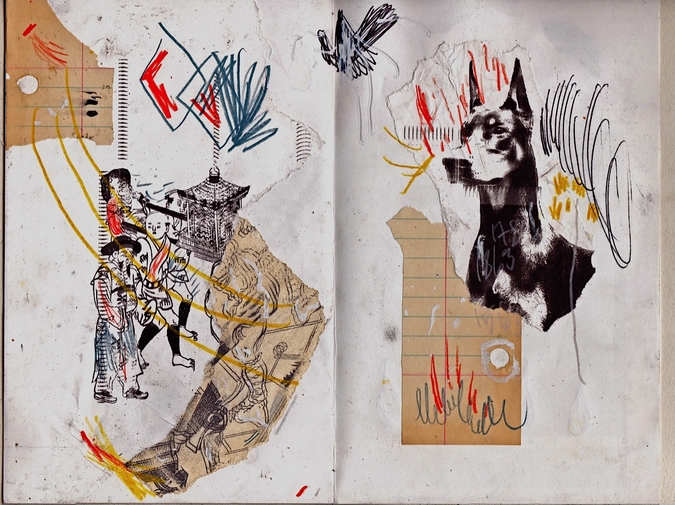 The first time I ever thought about the word "Sauce" in a context other than that of a food condiment, the kid I was sat next to in computer class in high school showed me the above video of Gucci Mane talking about "Sauce" to an aloof hipster Vice kid.

Recently, however, "Sauce," has been vaguely re-appropriated by an up-and-coming rap crew from Houston, popularized most notably by Sauce Walka, s rapper who recently received mainstream attention for calling out Drake for "stealing" his dance in his "Hotline Bling" video and capitalizing on Houston culture despite not being from there. "Sauce" is still essentially another word for style (similar to "swag," or Peewee Longway's "Dab" movement in Atlanta), but what separates Sauce from style or swag is the internal element to it, the emotional significance that makes those who are part of the Sauce movement about it 100%. Every mixtape by every Sauce-affiliated rapper has the word "Sauce" in the title and so do the majority of the songs.

A perfect example of how much Sauce means to them is the video below, in which Sauce Walka, in all earnestness, says "[Sauce] is our religion, you feel me? This is what I really believe in in my heart, in my deepest crevices of my soul."

The other day, a couple friends and I were fucking around on my porch just bullshitting and at some point we started trying to discern whether certain people, places, things, situations, etc. had Sauce or not. We decided to write some down because it seemed like a fun and potentially entertaining thing to do... 'So with nothing more from me,' I give you - from Christophe Kochheiser, George Kaull, and I - "Sauce or No Sauce?"

When I first heard Donald Trump was running for president, I thought it was a joke, but when I found out it was real, my girlfriend and I decided to watch YouTube videos of some of the candidates talking.

It occurred to me later that the reason was Sauce, and that this could very well be the first presidential election in American history to be won on Sauce and Sauce alone.

One may think that Trump's money, power, or celebrity are what give him Sauce, but they're not. While Sauce can oftentimes be seen externally, it must first be manifested internally, where all beauty, passion, love, hate - all meaning - exists, and so it can only be within were authentic Sauce secretes.

The power of Sauce is real, to an almost scary degree, which has been repeatedly iliustrated by Trump's campaign. He can say something entirely untrue, but since he says it with Sauce, it doesn't matter. 2+2 can equal 5. The year can be 1734. All mexicans can be drug dealing rapists. Sauce is Sauce, and one may not like the flavor, but Sauce real and can be used for good or evil.

Osama Bin Laden vlogged before vlogging was a thing, and it went 100% viral every time, because the audience was the United States Government, the media, and everyone watching TV. Sometimes someone would get murdered in the vlog. The fact that Bin Laden stayed humble and kept it real when vlogging blew up in the states illustrates a certain, undeniably authentic sauce that is rare nowadays.

Osama's crew also rolled deep as fuck and would literally ride or die - or ride and die, in some cases - for him, as is with many of those who drip that drippy drip dab sauce. It's only natural that those in the splash zone get soaked, the sauce absorbing into their skin, creating crews of second gen sauce queens.

The ability to drench with the drip is a quality of only the finest sauce kings/queens, and while one may not enjoy the flavor, sauce is undoubtedly sauce, and Osama Bin Laden had just that.

Basketball is obviously the sauciest sport that exists, and the WNBA (short for Women's National Basketball Association) has a brand of sauce that those who generally lose or are ignored by the majority develop when they keep doing what they do because they love it and turn up. S/O the WNBA for existing. Keep balling. Keep dripping. Keep saucing.

White males with dreadlocks: No Sauce

The blunt is lit, the local band's reggae music's on, the upper-middle class parents are out of town, and the white male with dreadlocks has never felt more free as he whips out his acoustic guitar and asks his three incredibly stoned friends what song they want to hear.

In the classic white guy quench attempt, he thirsts for the Sauce, but instead of dunking or dripping from within, he dreads his hair and plays guitar and is eager to do what other people want him to do - usually those who he perceives as having the style of Sauce he wants himself - so he can fit in. His drip is that of Mr. Pibb or RC Cola - it isn't real or special or interesting or aesthetically pleasing at all.

You can't have sauce when you're covered in scabs, screaming at non-existent people in public places, or flailing your limbs around like some sort of malfunctioning robot. Getting enough sleep is important, one needs it to regenerate the drip.

Crack heads can be found doing sweet, insane shit almost all the time, anywhere. High or not high, a crack head might be found dancing on a bus, singing to his/herself in an alley, rolling back and forth on an abstract curb somewhere alone, hustling $.93 packs of gum and individual Toddler shoes in below freezing weather, all for that next insanely short-lived fix. Crack heads know exactly what they want and they'll go to any lengths to get it. They're sauce-actualized, regardless of the social stigma against them.

Having an uncanny ability to guess the # of things in a jar: No Sauce

The implications of a person who can do this well are deeply troubling. Amusement parks and carnivals are the only places where one can flex this 'talent,' and both of those places and everyone in them, are, simply put, sauceless.

An anonymous industry insider once told me that Nic is famous - well, not so famous with the janitors (haha!) - for dripping sauce all over every movie set during every take of every scene.

It's been said that cleaning Cage's sauce puddles accounted for 1/6th of National Treasure's entire budget.

LA is the best place for empty socialites to feel special and important while waiting tables, living mostly off of their parents money, and hoping to catch their "big break." The only real thing about LA is MS-13 and STD's.

Spending money on and caring deeply about the way in which one smokes weed - a necessarily small amount, at that - is one of the whitest and most insane things I've ever heard of. I understand it's be hard to hide the smell of smoking mids while playing Call of Duty in one's parents basement, but a dragon shaped zong is of minimal concern to those with Sauce.

Tupac. Notorious BIG. Snoop Dogg. Young Thug. If the aforementioned hip-hop legends who smoke(d) blunts exclusively, blowing/having blown (R.I.P.) sauce rings from their sauce-filled souls while smoking and dripping on their ... [end thought], then you simply just don't get it.

Happy children with wealthy parents who live in the suburbs and who go to the mall on friday nights to have fun: No Sauce

"I had Sauce before I had money." - Gucci Mane

Putting potentially Saucey things on a Sauceless individual is the epitome of Saucelessness... If you don't drip, you don't drip, it's that simple. As the famous proverb goes, sauce stays wet all summer while swag stays hot until a sauce lord leaks onto the public and the masses ask "how much?" then buy it.

Doing something that's getting increasingly hard to do at via physical inability and that could potentially hurt or kill oneself or others, simply because you have to get from one place to another drips Sauce all over. Your life is important. It is important to get from point A's to point B's. In the parking lots of eye doctor’s offices, bingo halls, gas stations with the best deal on scratch offs, etc. one can see aged sauce all over the pavement and feel comfort in knowing that a true OG Sauce head was there, living his/her truth, and trusting in Sauce.