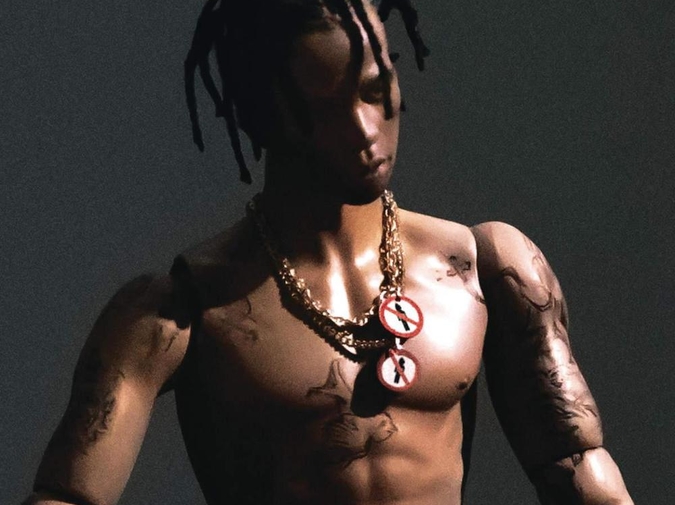 Rodeo, rapper Travis Scott's first studio album, is one of the most exciting and dynamic records I've heard in a long time. I've been sleeping on Scott but Rodeo is pretty much impossible to ignore. The album is weird as fuck, insanely dark, sometimes catchy, sometimes incomprehensible, features rappers like Future, 2 Chainz, Chief Keef, Young Thug, and an abstract Justin Bieber. The production sounds like a score to some futuristic Human Centipede type horror movie or something. Overall, Rodeo feels just, like, incredibly interesting and strange - a glimpse into the mind of a hyper-intelligent, highly talented (and very high), unafraid artist.

The album starts with the song "Pornography," which sets the tone for the rest of the record - wealth, drug abuse, socio-economic/racial alienation, and chaos - perfectly. The song starts with an epic poem-type introduction by T.I. - "Nine light years away, just outside of the Kepler Solar System, we find ourselves consumed and utterly mesmerized with a story of a young rebel against the system..." followed by an essentially incomprehensible hook about how pornography "surrounds" Scott, a short first verse containing the line "We designed our love around the drugs," another speaking part by T.I. - this one less epic-feeling than the first - a second hook in which a momentarily self-aware Scott states "I'm way too antsy, cause my ambition's too frantic" then snaps out of it, saying "I might need to move to Atlantis, 'cause my mind's too outlandish."

The second track, "Oh My Dis Side," featuring Quavo (of Migos) is a catchy two-part song - most of the songs on Rodeo aren't linear in the classic verse/chorus/etc. fashion...more like, 'emotionally linear' - that has a second hook so distinctly "Drake-esque" that I felt kind of bummed when I first heard it, until I heard Quavo pay homage to Drake in the song (and later found out that Scott produced "Company" off Drake's most recent release).

Track three, (don't worry, I'm not going to do a track-by-track review), "3500" (ft. Future and 2 Chainz) was the first track I really loved. The hook bumps in that familiar anthemic trap way and showcases my favorite aspects of the featured rappers - Future delving deep into his post-breakup depression and drug abuse, slurring lines like "I'm proudly downing these percocets," and 2 Chainz gloating gaudily with lines like "I was born with some nappy hair / Drinkin' breast milk out a lean cup" and "I was born a hustler / Paraphernalia in my baby pictures."

Another notable track, "Piss On Your Grave" (ft. Kanye West), is one of the most insane songs I've heard in a while. It starts almost like classic rock or hair metal song or something - electric guitars with wah pedals and heavy/simple drum fills - then drops into a darkly trippy beat over which Kanye immediately begins, "Yo, yo, yo, I use your face as a urinal / Then do the same at your funeral..." The remainder of the song follows the same theme of, as the title suggests, pissing on one's grave (and other things), with West and Scott angrily repeating the phrase "piss on your grave" in a psychotic manner.

I highly recommend Rodeo to anyone who is interested in or experiencing any of the following: 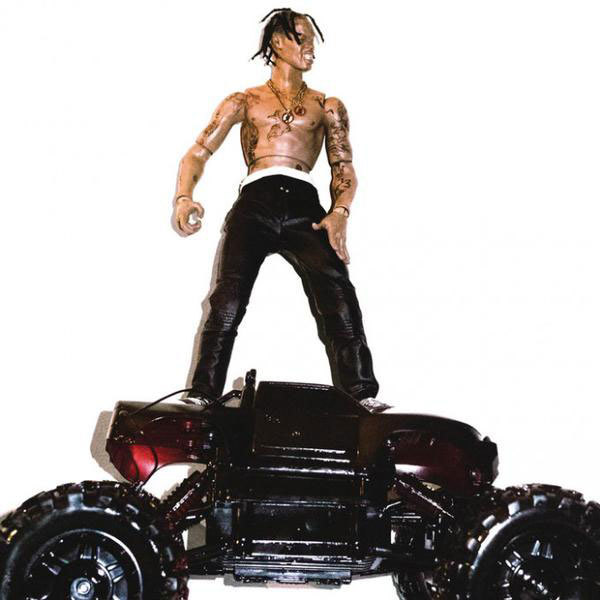